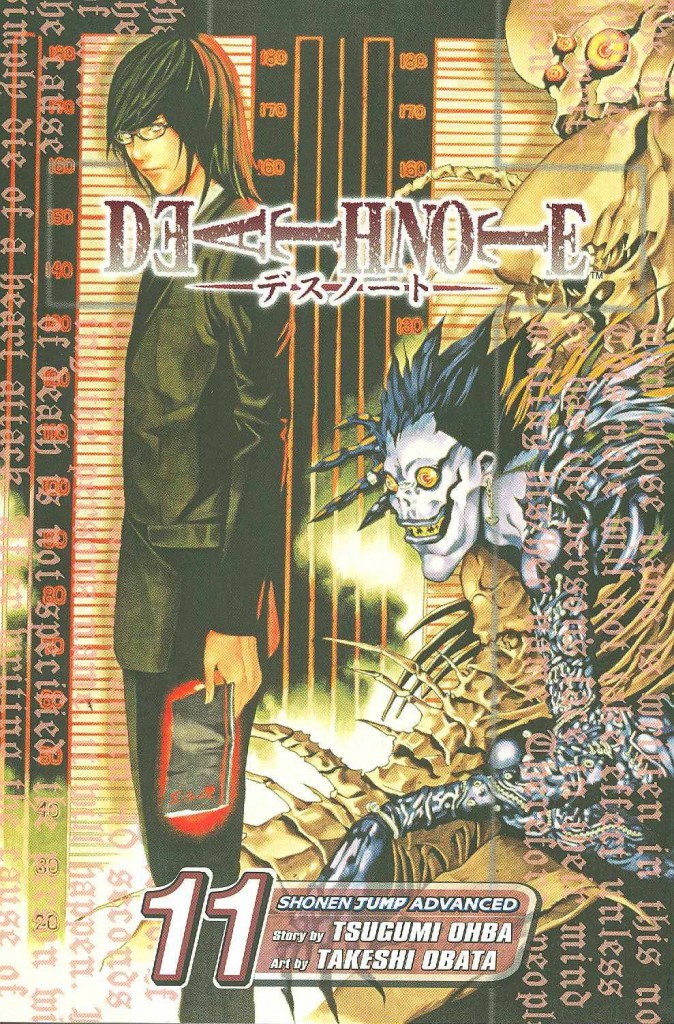 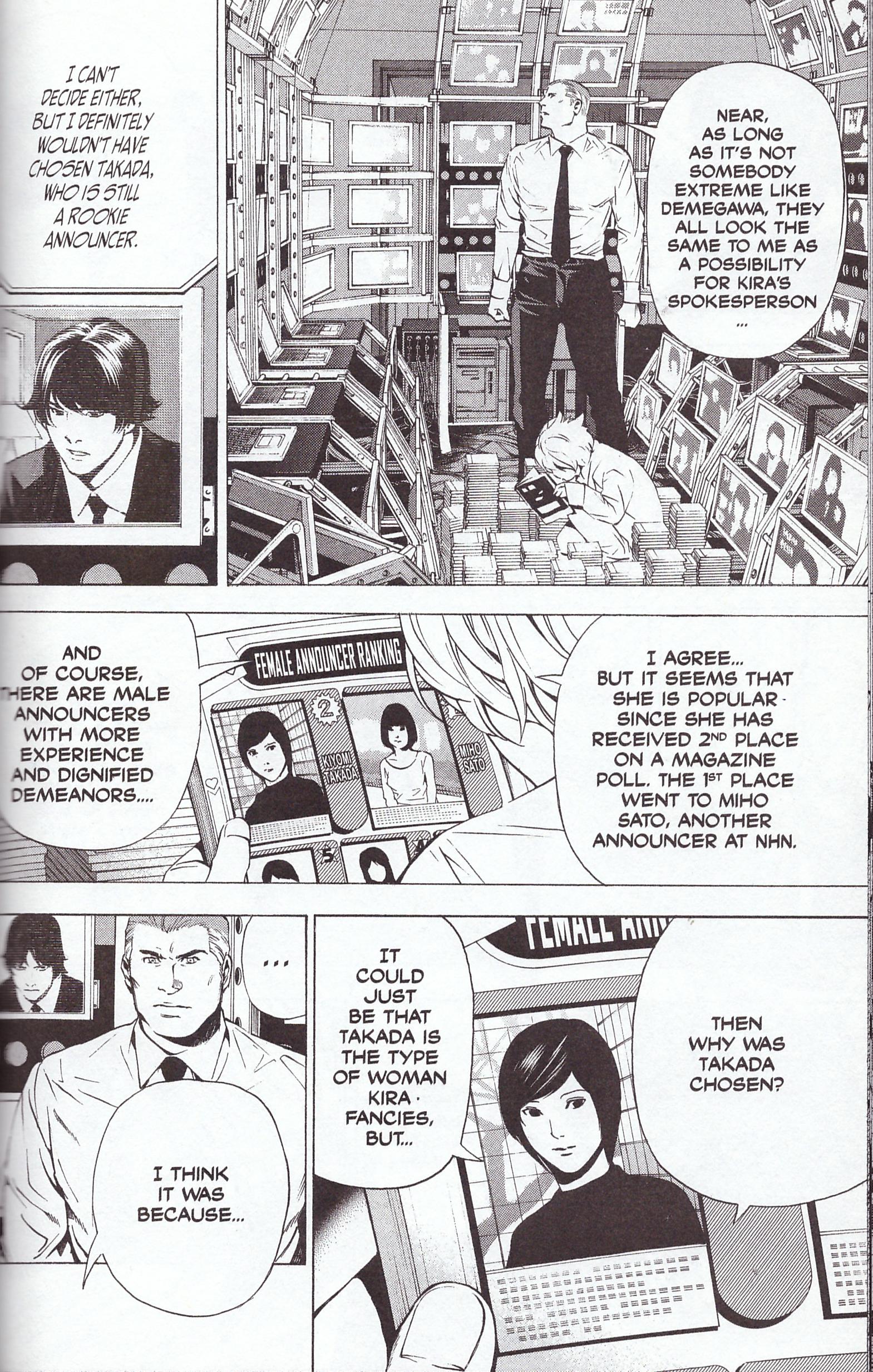 The stakes were considerably raised during the course of Book 10, with Light Yagami on the verge of having the world follow his path. In order to achieve this, though, he needs to ensure he’s not outed as the anonymous killer Kira, as knowledge of his real name might mean he in turn could be murdered from distance should a Death God’s notebook fall into someone else’s hands. It’s convenient that he currently leads the Japanese task force investigating Kira, but those within are beginning to have their suspicions, and Near, an independent investigator, is pretty certain. Kira/Yagami has had to reveal his dual identity, but in doing so has made a new and influential ally.

Tsugumi Ohba twists the tension dial in the early pages and then drops the ball. A clever tactic is the use of notes that don’t cause death becoming crucial to the plot, and also interesting is the manner in which he simultaneously has Yagami exuding confidence and relishing a challenge when his back-up team are riddled with doubts. “Near, I win! I knew from the very beginning what you plan was going to be.” The gloating, admittedly repeated throughout the series to convey Yagami’s certainty, is now coming across as the super-villain’s cackle. Everything reads as if Ohga wants to bring Death Note to a close, but given what he’s established, many nuts and bolts to be addressed before we can get there. Much of this book reads as stalling for time rather than propelling at top speed to a thrill-packed conclusion.

Takeshi Obata has to continue the fine line of illustrating a script very dependent on analytical thoughts without making the head shots seem boring, and he’s good enough to do this. When he has the opportunity for variation his enjoyment really shows. His surroundings for Near (as per sample page) have become ever more intricate and spellbinding, and an astute visual motif is the use of Lego style figurines as an illustrative aid.

The analytical mind games that have characterised the series continue, but delving ever deeper into minutae, and at times it’s a very dry read. The other strong component is missing. There are very few surprises, and chapter endings don’t have the hook that drags into the next chapter. There’s also the matter of the wild card that’s been sidelined for too long only to make what comes across as a contrived effort to provide the hooks lacking elsewhere. It’s inconceivable that anyone would reach Book 11, the penultimate in the series, without wanting to continue to the end, but this is a strangely uncompelling book. The end arrives inb Book 12, or both are combined in Death Note Black Edition VI.