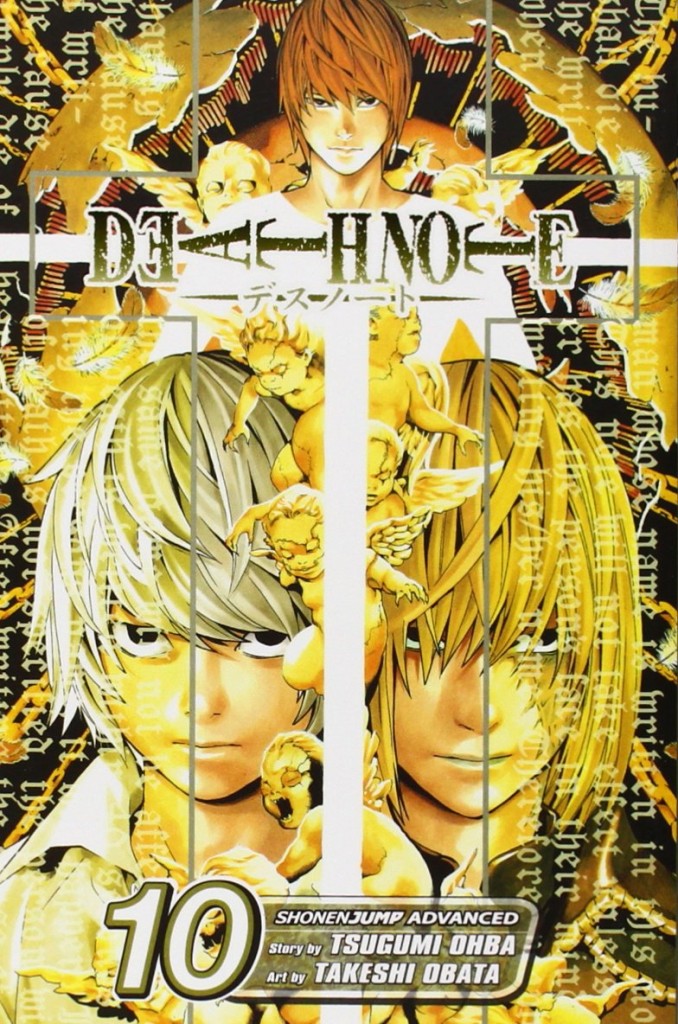 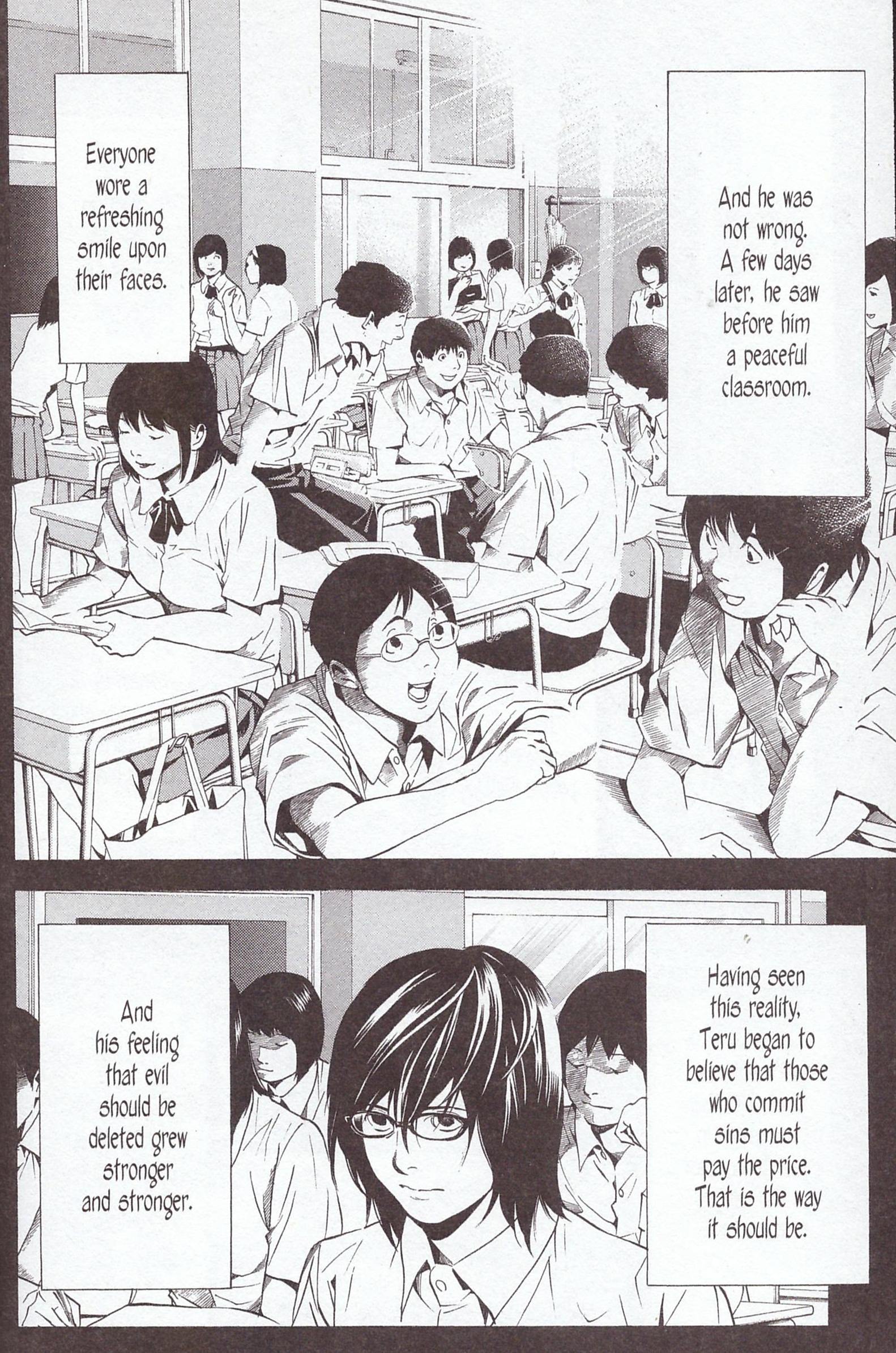 This book opens by continuing the forced ending of Book 9. The authorities are at the headquarters of Near and his task force, with Light Yagami, alias Kira, having arranged this from afar. Once again Tsugumi Ohba has pulled a masterstroke. What seemed to be Yagami becoming wrapped up in matters that distracted him from his ultimate goal actually takes a giant step toward that aim. Presuming it succeeds that is.

As with the previous book, though, there’s an air of repetition as a significant portion of the early stages is Near being brought up to date, analysing the available evidence and coming to the same conclusion as was reached by his predecessor in Book 3. It leads to a similar cycle of suspicions and investigations. “I apologize that we’re going through the same thing again” offers one of the investigators, but is Ohba giving his inner voice an airing?

Before that becomes too dull, Ohba switches the focus to present the background of a new character, Teru Mikami. As much as anything it’s an opportunity for Takeshi Obata to illustrate something other than the insides of hotel rooms and offices, and this is rather the liberation as he produces busy illustrations with a variety of scenes. Teru’s a disciple of Kira, a man with an over-endowed sense of justice for whom the manifestation of Kira was akin to divine intervention pointing a pathway. The chapter characterises him extremely well, displaying not only his extreme views on justice, but how these were shaped.

Throughout the series Ohba has very much skimped on female characters, who’ve only very rarely been presented as proactive and intelligent, but there’s a surprise return for someone briefly seen earlier in the series. It’s an interesting story choice, both complication and exploitative element, but unless there’s a sea change in the following books, it underlines a poor view of women as easily manipulated.

By the end of the book Kira’s identity is known to at least one other person, and a global fear of him has been established, but Ohba is keeping the narrative honed in on Yagami with the wider repercussions ignored. It hasn’t really cranked up the tension in any fashion. As we head to the penultimate book the new world Yagami envisaged five years previously is coming to pass, and it’s a very scary world indeed. As with previous books, this was later reissued along with Book 9 in the larger format Death Note Black Edition V. Only two more books follow, starting with Death Note 11.