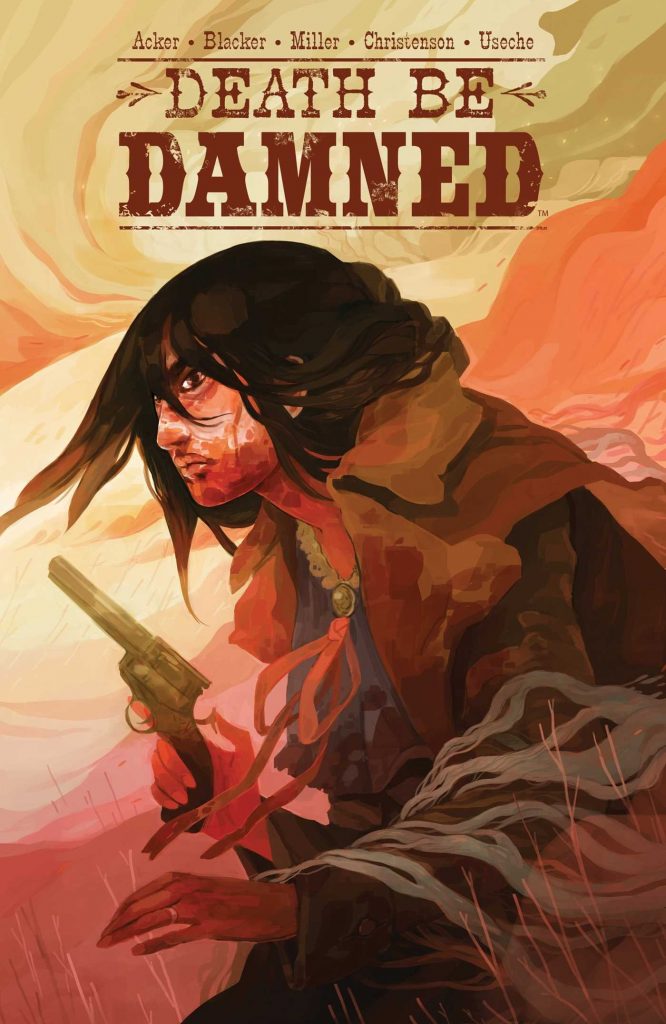 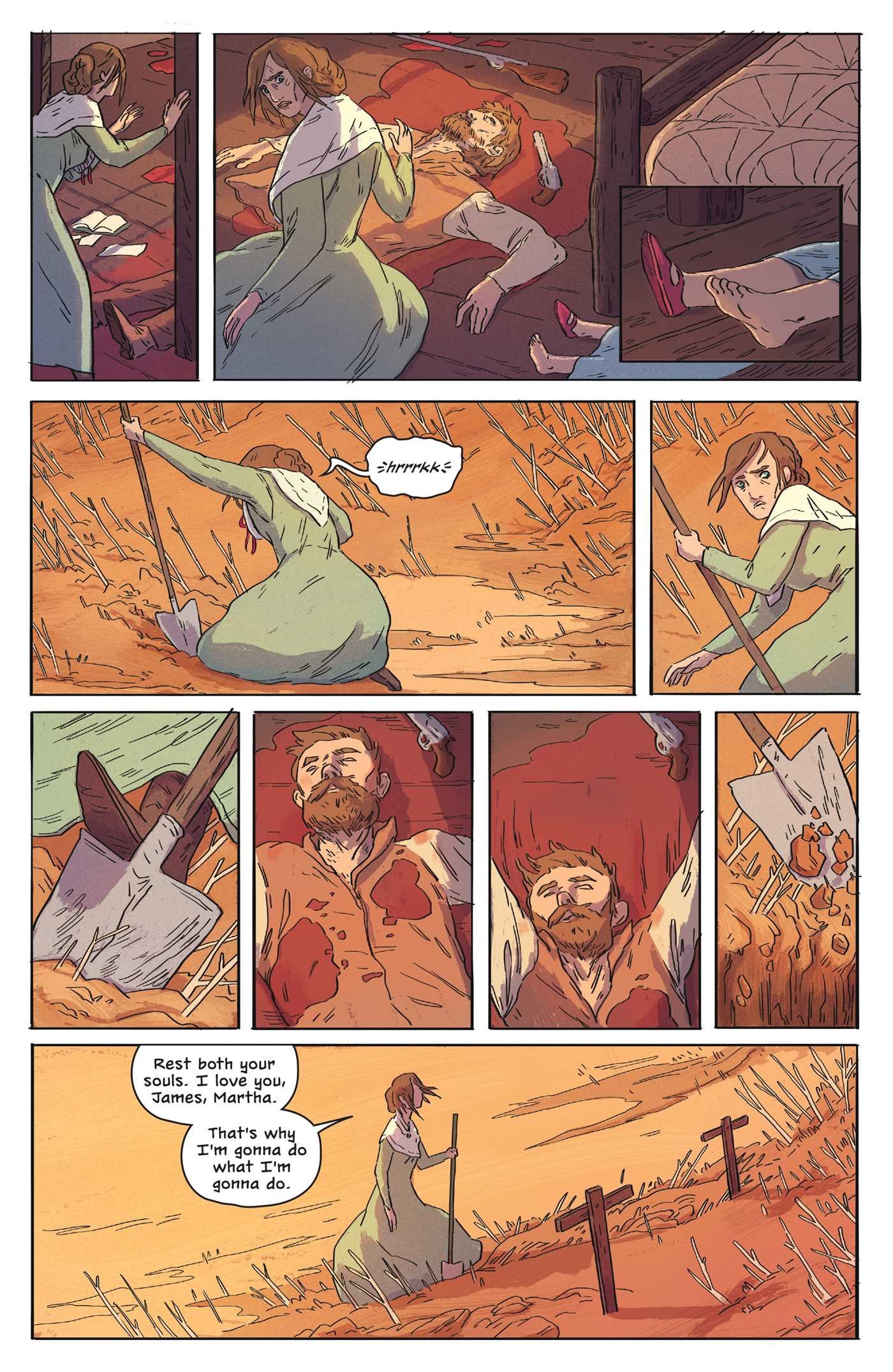 In delivery the tale is stripped down, raw and engaging, delivered in sweeping tributes to more than a century of high plains cinema, and begins in 1873 Wyoming when brutalised settler Miranda Coler awakes face down in the river to find her entire family have been butchered. A tough, determined survivor, she buries her husband and child and, picking up her man’s rifle, sets about tracking down the gang who killed them.

By the time she reaches South Pass City, she’s ready to accept any passing pain or humiliation if it leads to her justified vengeance, but anger doesn’t make her good enough to kill one of the marauders in the town whorehouse. He casually puts a bullet in her brain.

Local undertaker Murray takes his job far too seriously. Since his wife passed, he’s become an expert on death rituals and is letting his studies affect his work. He keeps trying to raise the dead and can’t believe he’s succeeded with the crazy woman just killed in the cathouse. Events eventually prove he hasn’t, really, but perhaps his attempts to retrieve the dead have set something incredible in motion.

Meanwhile in Laramie City, mass killer Bickford hangs for his crimes. A little later he also gets up: drawn inexorably to South Pass where something unnatural needs to be quashed.

A tale of dark obsessions played out through a nest of gradually-unfolding mysteries, the sinister saga employs all the iconography of “big sky” westerns to add mood to a blistering tale of debts incurred and accounts called due. Unstoppable Miranda even beats her devils to exact precious retribution and learns the painful truths of her life, her man and a hell of a lot of death.

Available in paperback and digital editions, Death Be Damned also offers an expansive cover gallery by Christenson and Konstantin Tarasov, as well as character designs, and also reveals the secrets of the illustrator’s cover process.