Death and the Girls 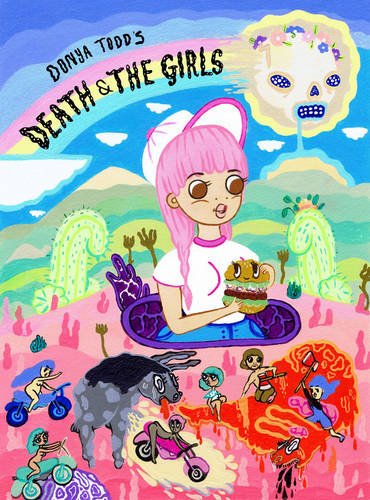 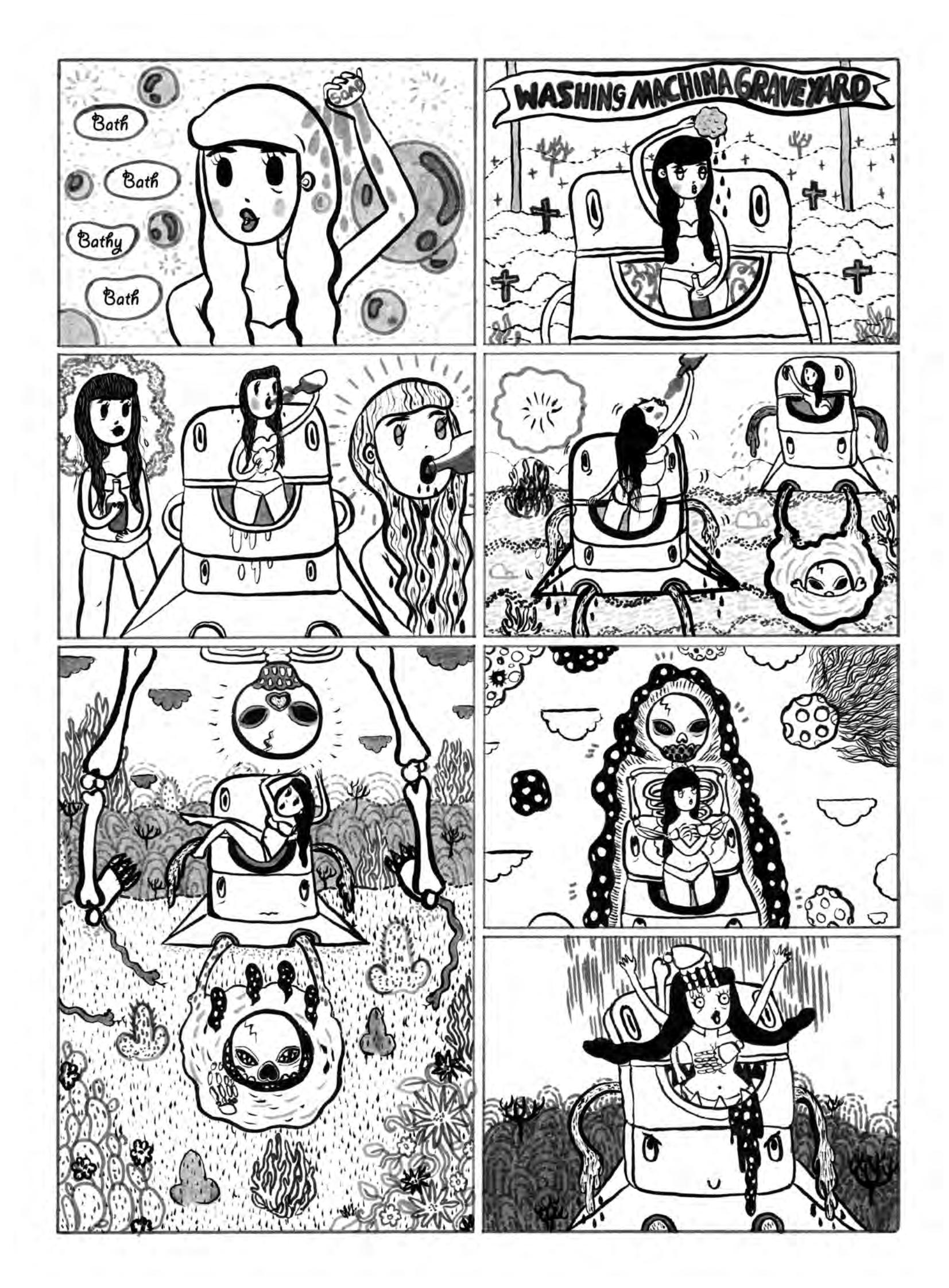 Batstone, Betsy and Bunny are staggering through the desert bemoaning life in general, they all drink some tainted tequila, after which things become very strange. They’re a free-spirited trio who make no bones about what they want, when they want it, and what they’re prepared to do to get it.

Death & the Girls is certainly not for everyone, and is relatively difficult to interpret. It begins with the potty-mouthed girls carrying shovels for some reason, but their conversation suggests Donya Todd’s purpose is to satirise a bunch of lads on the razz. However, once past that stage it seems the journey’s destination is decided on a page by page basis, and there’s the thought that a final page reading “see ya around suckers” is deliberate and directly aimed at anyone who’s read all the way through, an extremely difficult task. It’s like the hallucinogenic Carry On film Talbot Rothwell would have written off his face on acid, maniacally funny when created, not so special during the cold dawn of comedown. Have fun matching the Carry On regulars to their roles here.

Despite that, there’s enough of interest about Todd’s art to make Death & the Girls something not to be dismissed entirely. Flat and primitive, yes, but also imaginatively filtering in much imagery centred on sex and death. It’s the small details and bony bonking that add a fair deal of humour to an otherwise dry proceedings. The advice is to look, but don’t read, while Todd’s talents are surely better pointed in the direction of illustrations.