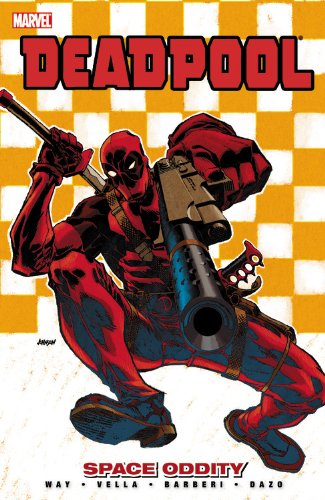 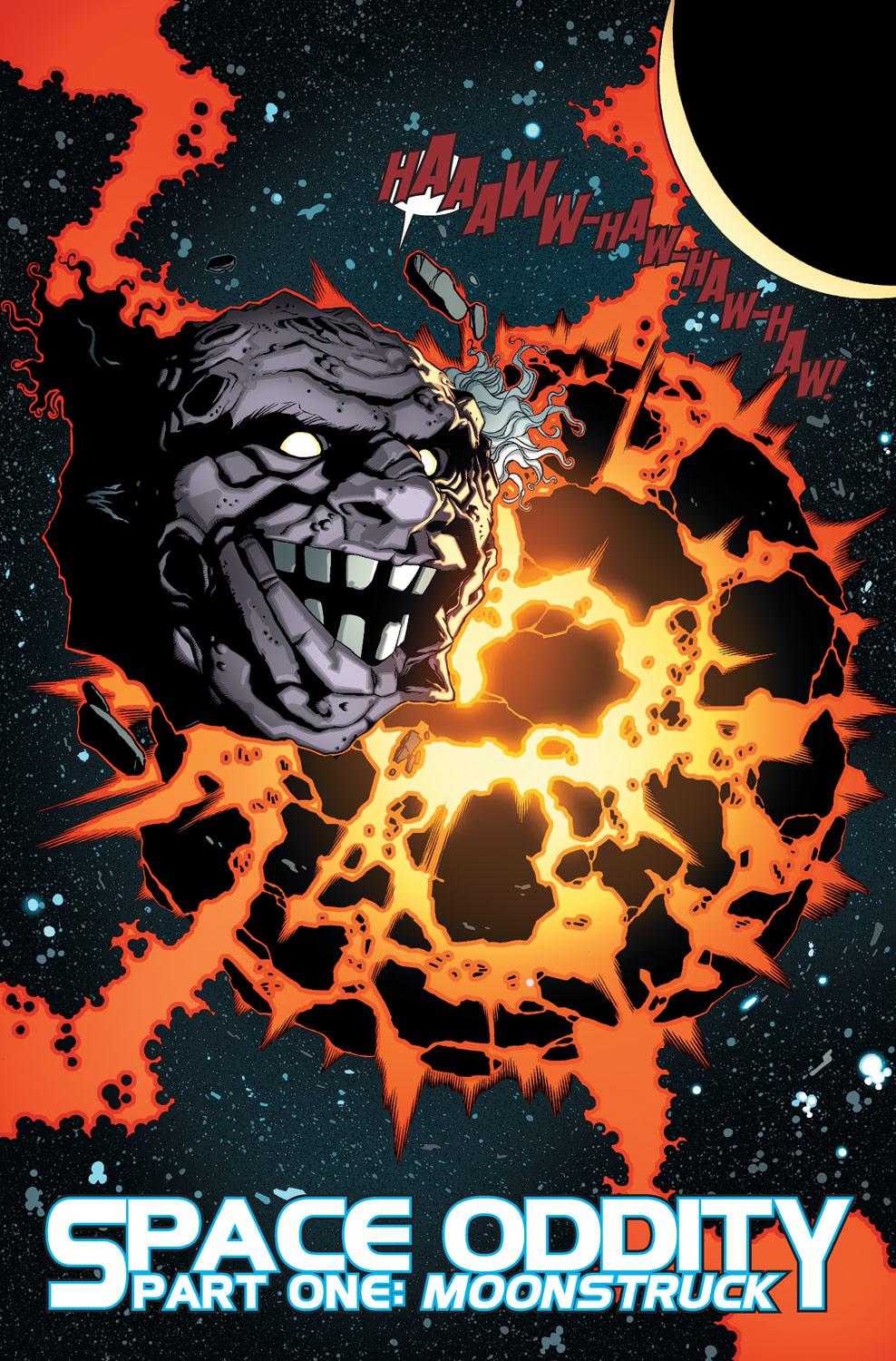 Throughout the Deadpool series to date Daniel Way has minimised Deadpool’s internal voices and his breaking of the fourth wall. It occurs, but it’s not of any great consequence, yet works well here. In the opening chapter Deadpool’s task becomes the discovery of someone who’s framing him. “That could take a while”, notes one internal voice, while the other responds “it could, but this is only a single issue story, so we’re probably gonna find out pretty quick.”

Yes, it is only a single issue story, but it’s a well-packed gem, graced by some fine art from Sheldon Vella, whose lithe Deadpool is a relief after Bong Dazo’s exaggerations in I Rule, You Suck, although his page composition needs a little polish in places. There’s an alien mercenary (confident type), a neat trick, a fine plot, and a finale that sends Deadpool into space. It’s time, it seems, that the entire universe is left in no doubt who’s the best.

And so we head into madness. Which is the real plot? Is it a) Deadpool finds a wife, who runs an intergalactic repossession company, and then gets a new mission: “Hey you want me to kill a planet why don’t you just say so?”, and sets off to kill the Selfish Moon or b) Deadpool meets his daughter who’s travelled back from the future to steal the Kingpin’s underoos as part of an audition for a TV talent show, and Deadpool ends up facing off against time-travelling villain Kang? Both, pretty unlikely, yes? The point is that no matter how ridiculous the synopsis looks on your screen, Way makes it work, although he does operate on a stop/start basis, so while there are good elements, the plot is perhaps stretched an issue too far.

In between all that there’s an interlude drawn by… Doh! It’s Bong Dazo. Again, he’s incredibly frustrating. The dynamic layouts are good, the storytelling works for Deadpool, and the comedic detail in his exaggerated spreads is great. He has the talent, no doubt, but those musclebound figures are ghastly and a constant distraction. Deadpool’s hired to evict the final tenant from a building, but there’s a problem…

The remaining art is by the reliable Carlo Barberi, whose own experiments with varying his style don’t matter as much given the setting.

So, another good dose of Deadpool madness, collected along with the next few books, the first of which is Operation Annihilation, in volume three of Deadpool by Daniel Way: The Complete Collection. It was a) by the way.