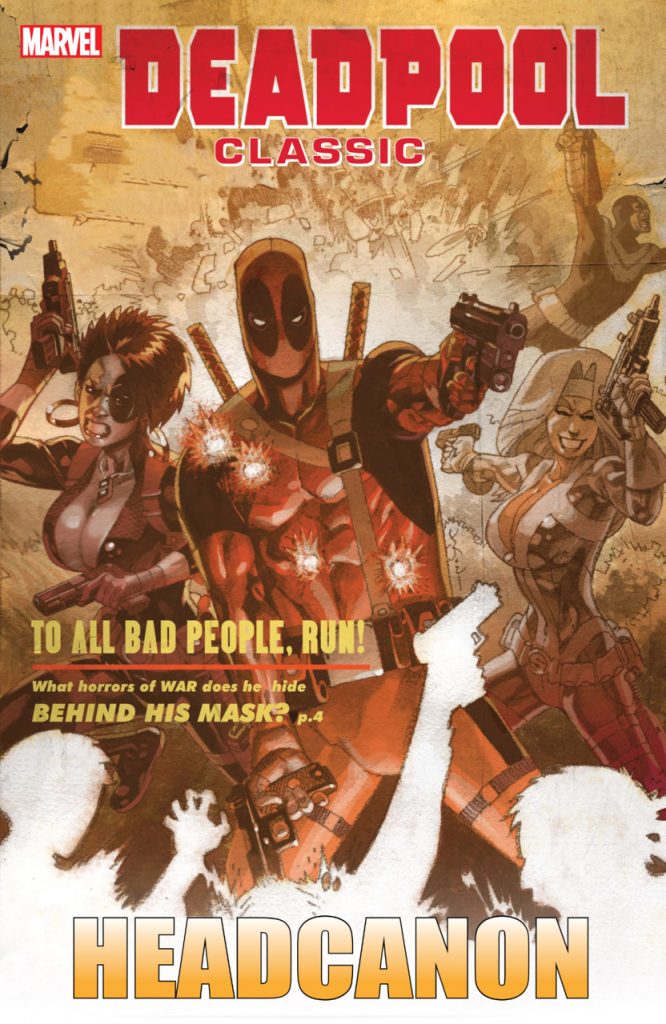 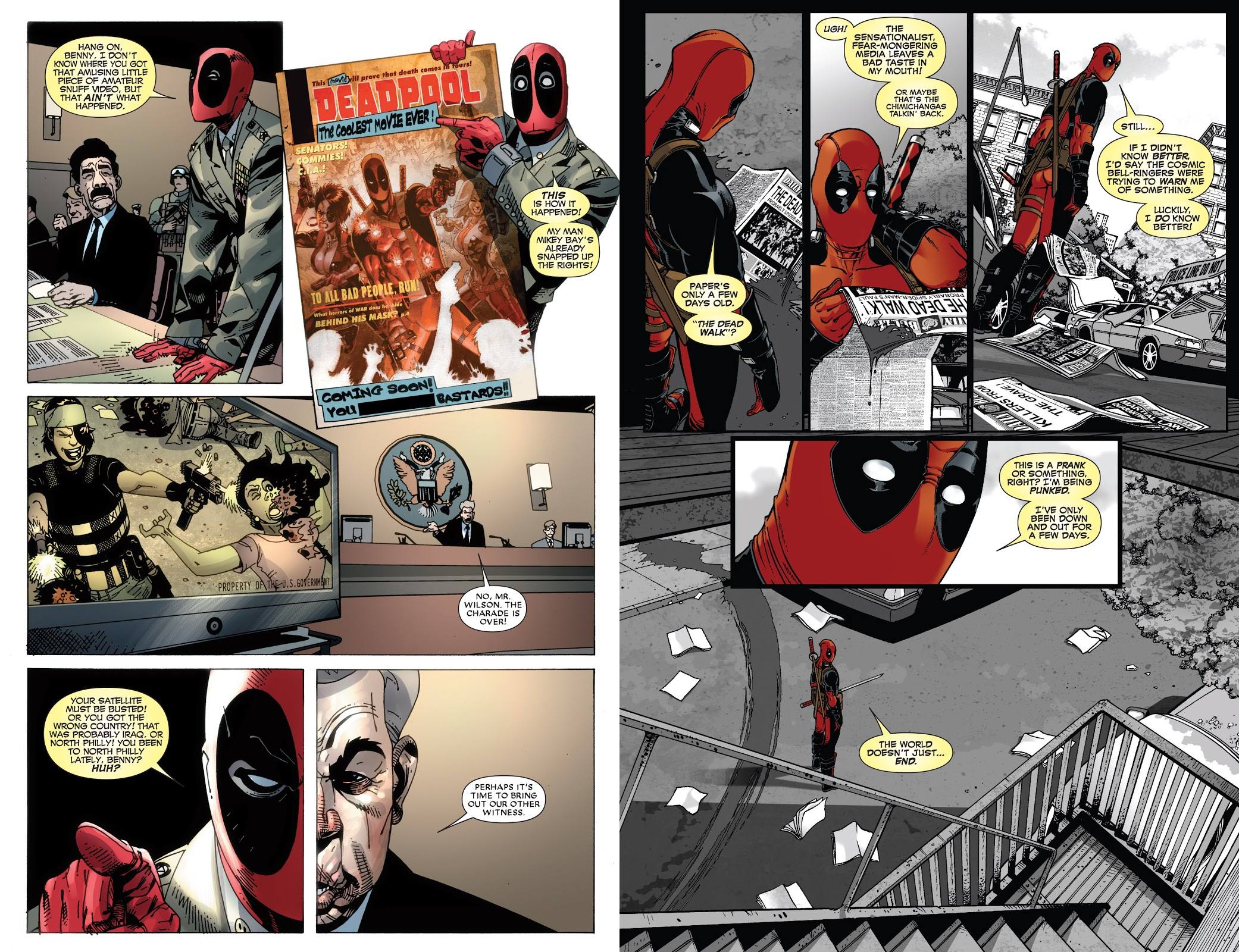 Headcanon moves away from Wade Wilson as we know him in the regular Marvel universe to present four stories of Deadpool in other times and places, and it’s the opening ‘Wade Wilson’s War’ that’s the best of them.

Duane Swierczynski and Jason Pearson focus on a Deadpool who’s been part of a mercenary squad going back decades, opening with him testifying before Congress after an atrocity. Deadpool’s swagger is nailed by Swierczynski, who twists his plot around so that by the end we’re unsure how much has been true, but it’s been one hell of a ride. Pearson’s an equal partner, delivering the excess Deadpool requires, and never missing an opportunity to ramp things up to eleven.

In ‘Pulp’ the writing team of Adam Glass and Mike Benson are actually in much the same territory, but it’s an object lesson in how the approach affects a story. This is another alternate Wade Wilson, but an altogether more human type, with the truth of matters again debatable, although this time there’s a more definitive answer by the end. It’s set in a stylised 1950s, murkily brought to life by Laurence Campbell. It’s a decent noir thriller, but with the fatal flaw of Wade Wilson being nothing like the Deadpool we know, which kind of removes the point of him. Apart from a few late connections with his origin it could be anyone in the lead role as the patter is as downbeat as the story.

It would be expected that Deadpool’s manic personality would fit ideally with a zombie scenario, yet ‘Night of the Living Deadpool’ and ‘Return of the ‘Living Deadpool’ are both strangely flat. That’s not down to two exemplary artists. Ramon Rosanas establishes the memorably distinctive look of a black, white and grey world in which the only colour is provided by Deadpool’s costume, his art detailed and surprisingly delicate given the subject. Nik Virella has a looser way with figures and backgrounds, but also conveys a zombie world and the staged set pieces. Cullen Bunn is the writer, and if enough people hadn’t enjoyed the first outing there wouldn’t have been a second, which means a lot of readers enjoyed Night of the Living Deadpool, with Deadpool having slept through the zombie apocalypse and then having to come to terms with what remains. Bunn nails Deadpool’s character, and in terms of patter his most resembles the original article in this collection, but the plots never transcend the predictable with the exception being the ending to Bunn’s first outing. It’s silly, and works for a story that’s not intended to be continued. Except then it is continued. In the first outing part of the joke is the supporting cast constantly changing, while the second has a more stable companion for Deadpool as he sets out to put right what he screwed up the first time.

Headcanon combines four stories well received at the time, and while not everything may not meet anticipation, none of them are poor, and Swierczynski and Pearson’s effort ranks with the best of Deadpool, so this could be seen as a bargain package.