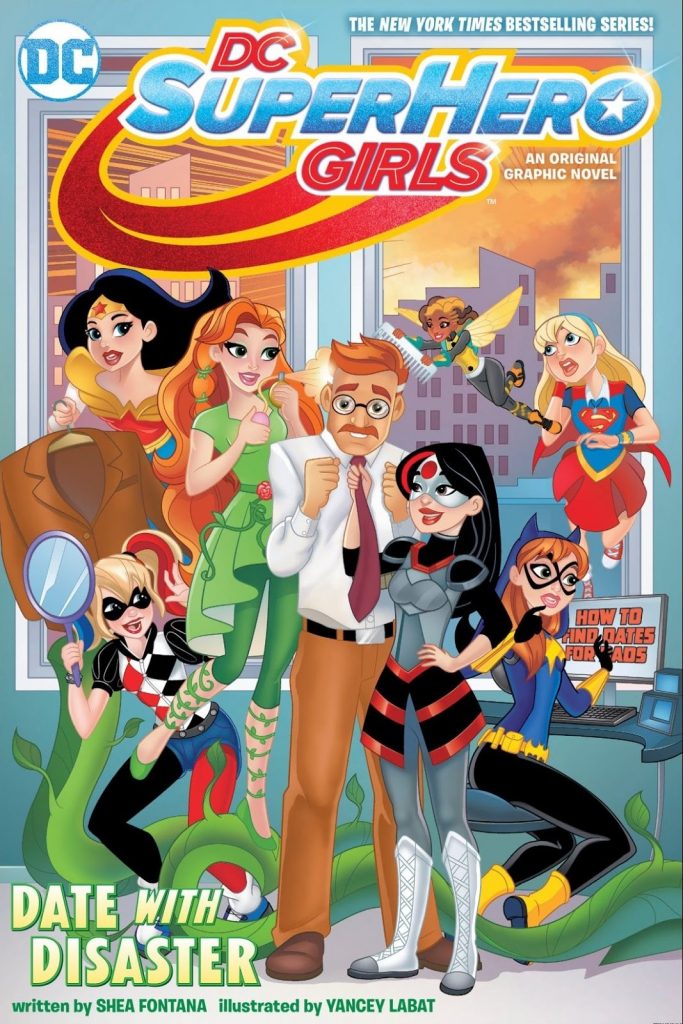 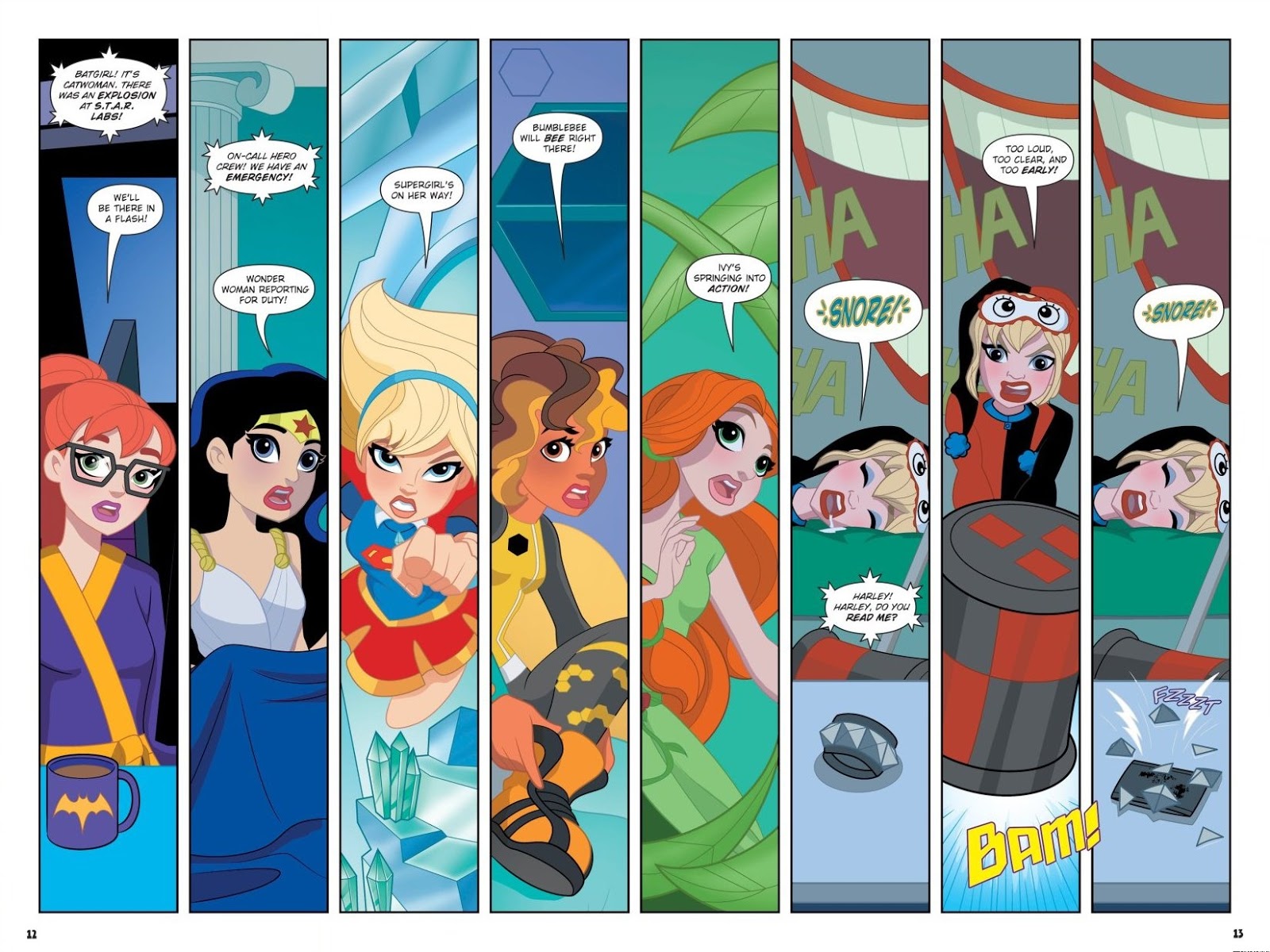 To date this is the best of the DC Super Hero Girls series, mixing intrigue and possible romance with the usual ingredients of good natured superheroics and friendship. Several elements are introduced in the opening chapter, including a mysterious explosion at S.T.A.R. Labs, covered up as a drill by the sleazy and publicity hungry Mayor Sackett, and Batgirl’s surprise at spotting her father on a date. Lois Lane turns up to investigate, and along the way we’re provided with an origin for this Poison Ivy.

Some of these pocket sized DC Super Hero Girls graphic novels have suffered from a massive dose of preachiness, underlining good behaviour and coping strategies, but there’s none of that in Date With Disaster as Shea Fontana instead concentrates on providing a story for enjoyment only. While Harley’s more interested in setting up the school dance, almost everyone else is caught up in the mystery of what’s going on in S.T.A.R. Labs, and Fontana’s solution is elegantly simple. There are also a few nods to the sillier DC stories of the 1950s and the early 1960s. If the name Giant Turtle Boy has any associations for you, you might want to take a look.

Yancey Labat is a star turn on almost the entire series, and is no different here. He has a way of defusing the threats to none too threatening for the audience, draws a great bunch of junior DC Super Hero Girls (along with the occasional boy) and moves the story along extremely well. He’s really under-rated, and that’s a great dancing frog on the final page (Beast Boy, who doesn’t otherwise play a part).

If you only want to sample the single DC Super Hero Girls, this is the one. 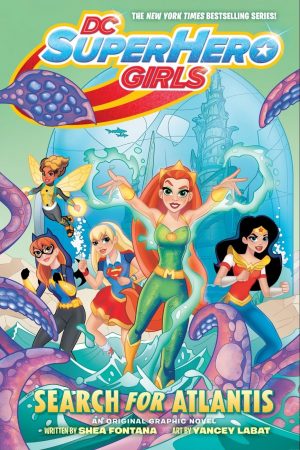 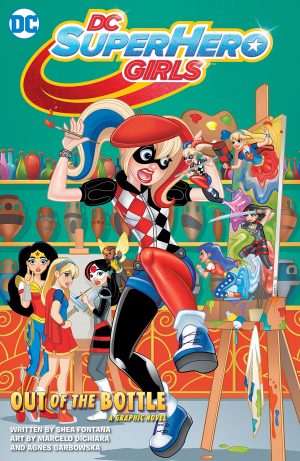 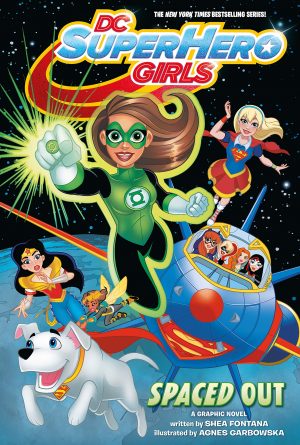 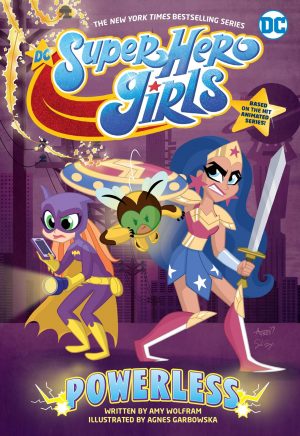