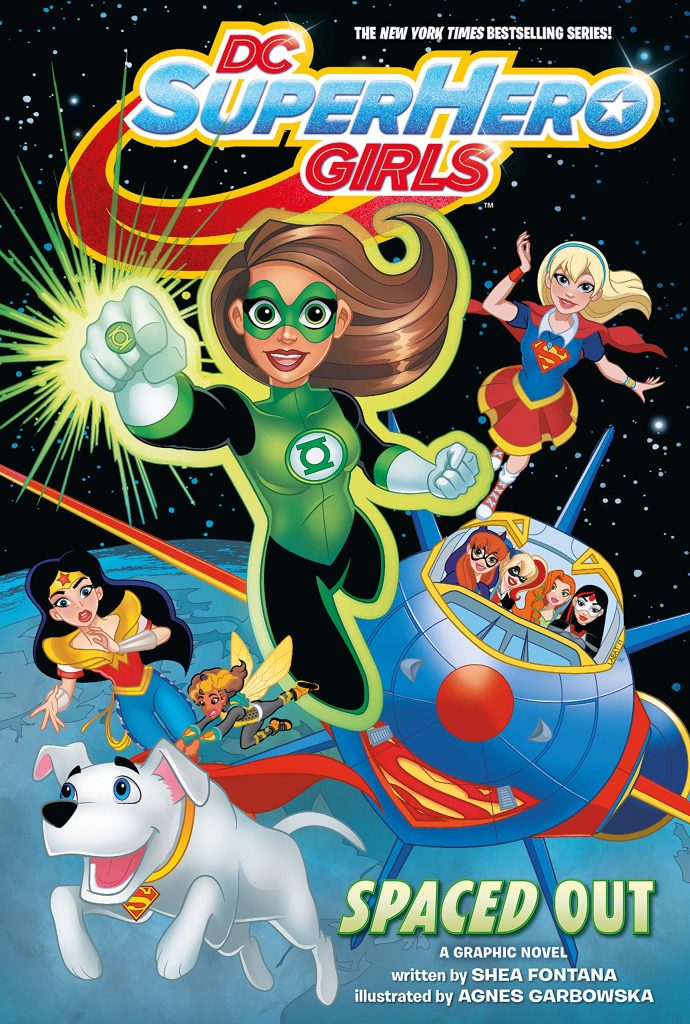 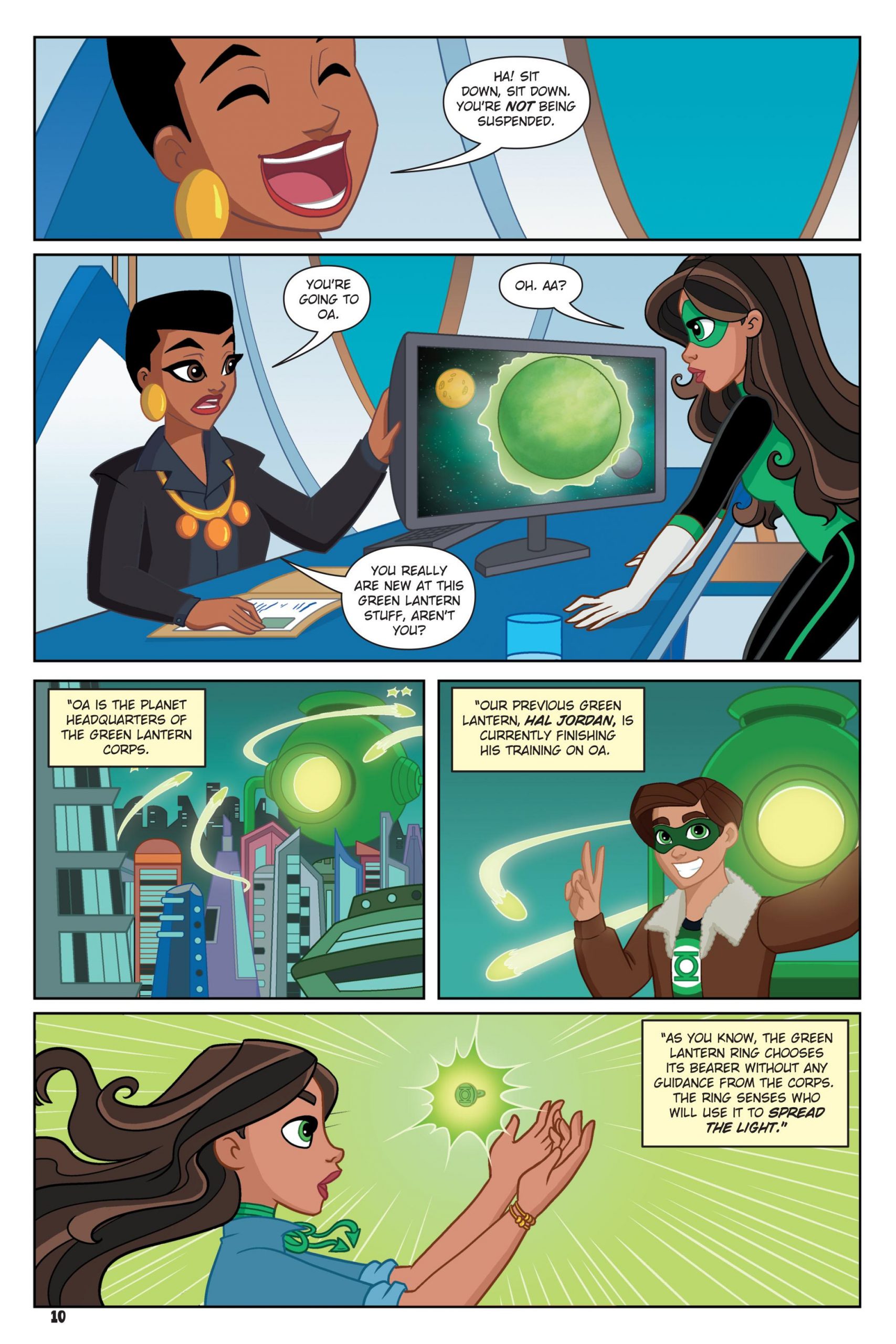 It’s been some while since Jessica Cruz became a Green Lantern in the mainstream DC universe, but Spaced Out is her introduction to the world of the DC Super Hero Girls. As with so many of the stories, insecurity is high on the agenda. Jessica has been chosen for a Green Lantern ring (the how and why isn’t explained here), and has now been summoned to Oa to meet all the other Green Lanterns. Her immediate reaction is to panic about pronouncing all their names correctly and worry about how to reach Oa.

Because DC Super-Hero Girls is so often instructional under Shea Fontana, this is all part of a coping and overcoming arc, and any seasoned reader is going to bet their pocket money on Jessica saving the day by the end. She’s accompanied into space by Big Barda, Star Sapphire, Supergirl and a surprise extra, their journey contrasted by the difficulties experienced by the heroes remaining back on Earth controlling Supergirl’s  super dog Krypto.

Agnes Garbowska’s characters are drawn with slightly bigger eyes than is usual under Yancey Labat, but hers is also expressive cartooning keeping things simple for the intended young audience. When a crowd is called for Garbowska provides the full platoon, impressing with her diligence, and she’s also strong with the individual moments.

Fontana keeps the space journey fresh by including stop-offs along the way, including revelations about Supergirl’s backstory, and ties together the various stands she’s introduced neatly, and surprisingly. Yes, Jessica does save the day, but there’s still plenty of adventure to follow and Fontana’s final outing on DC Super-Hero Girls is her best. However, for all that, when it comes to imagination she’s topped by Sholly Fisch on the short back-up in which the class glance at an alternate world where they’re very different. Marcelo DiChiara’s art is as good as Garbowska’s on the main story.

Spaced Out is a cut above most DC Super-Hero Girls graphic novels published before 2019, and one to be enjoyed both by children and the adults who may have to read it to them.