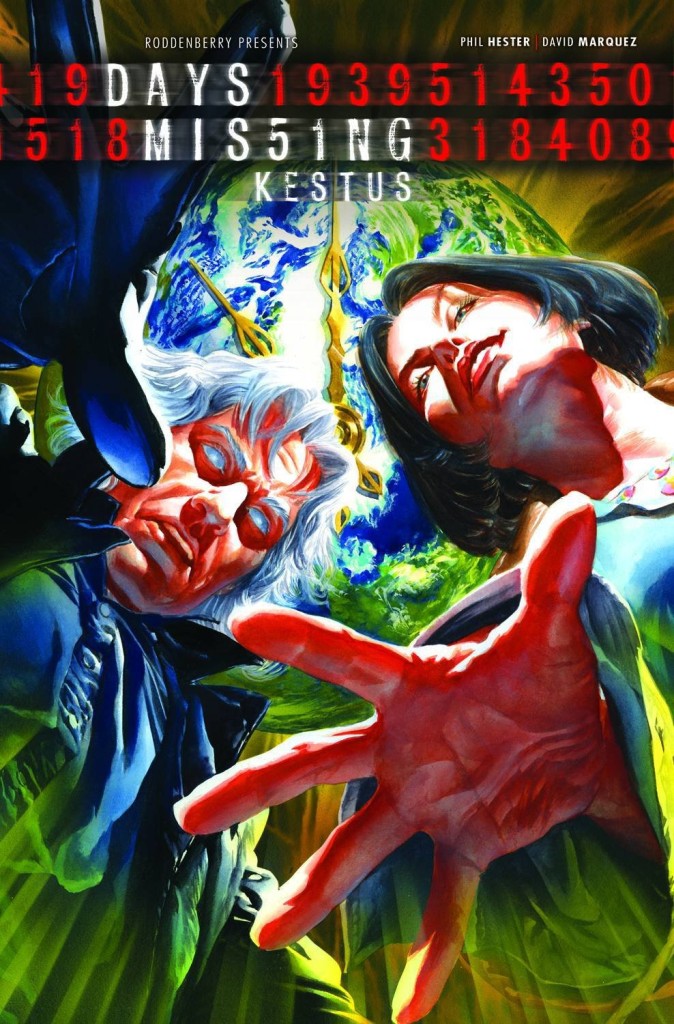 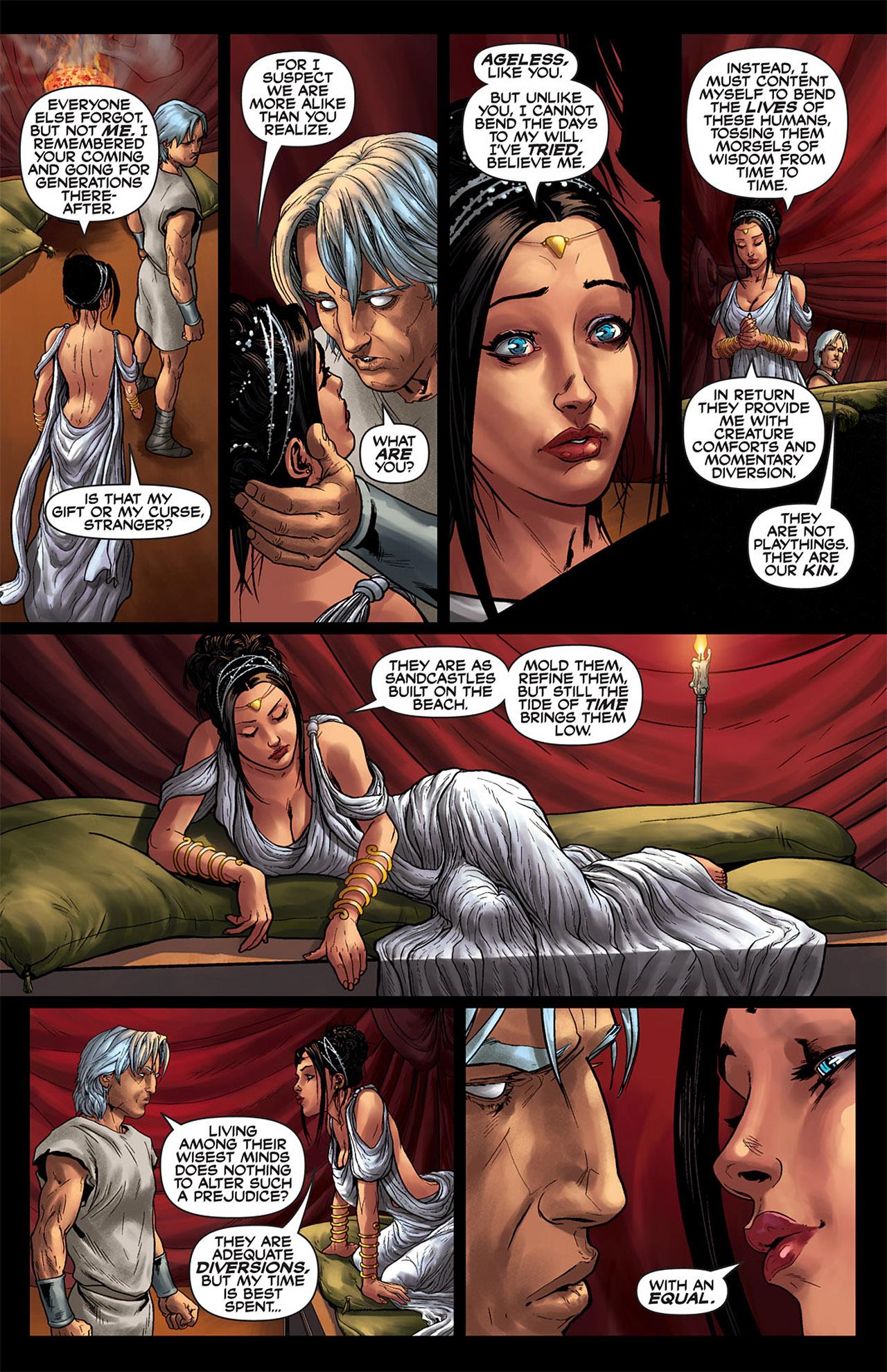 Once again, the deceit of the cover promotion rankles. Yes, Gene Roddenberry created Star Trek, but a project initiated by the production company he founded and bearing his name is a very tenuous connection. The puzzle is why such deceitful association is required when Days Missing is a perfectly viable concept in its own right, and was delivered with some panache in the opening volume.

That introduced the Steward, a man who can reset time. He’s saved humanity on countless occasions by doing so at a pivotal juncture, re-booting a day having left just enough residual influence to ensure matters play out in an alternative fashion. His adventures were presented as an anthology, with various creators trying their hand, but Phil Hester most involved in the overall process. Here Hester writes almost the entire book as a continued narrative, with series creator Trevor Roth contributing a short prose story toward the back, and ‘The First Fold’, also brief, but salted through the entire book a page or two at a time.

Volume one’s final story revealed that someone has been watching the Steward, and their caustic narrative indicated that their attitude toward him might not be benign. Meet Kestus, a woman scorned. Like the Steward she’s immortal, but manipulates people rather than time, and she possesses a dim view of humanity as a whole. Hester presents a number of meetings between the two, the first three spanning centuries, the others more closely spaced, each occurring at a point of historical importance. Through these meetings the opposing philosophical viewpoints come to light and are explored

As was the case with the first volume, the art doesn’t keep pace with the writing. David Marquez draws the entire book, and has problems with foreshortening and proportionate sized humans, while he short changes on crowd sequences. It doesn’t appear as if the Steward is interacting with an army, there are very few learned men in Alexandria, and NASA’s apparently staffed by less than a dozen people. It detracts from the world Hester is trying to build if the humanity the Steward and Kestus are squabbling over wouldn’t even double the population of a small town.

Hester’s stories fit the series remit, but lack the hook of some material in the first volume, and Kestus never comes across as a rounded character. Her manipulative qualities are conveyed, and while people change their minds over a course of weeks they’ll certainly do so over the centuries, but some consistency would be likely.

The final chapter revisits Ian Edginton’s story from the previous volume, offering some new insight before changing everything that’s been constructed to introduce a completely new character. We’ll be seeing more of them in Enox, but it’s a strange editorial decision.