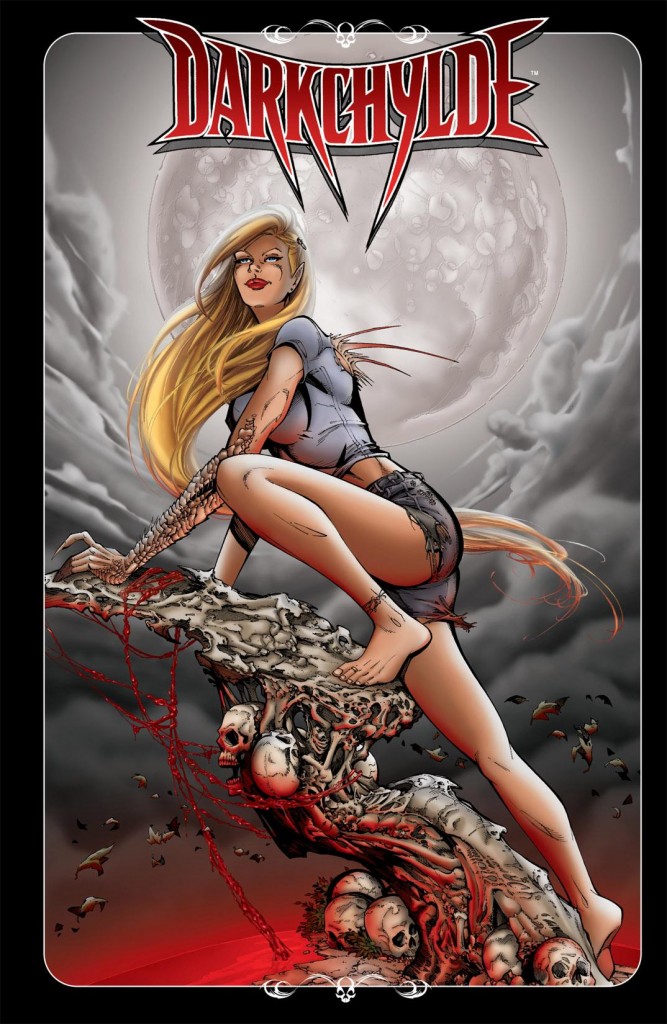 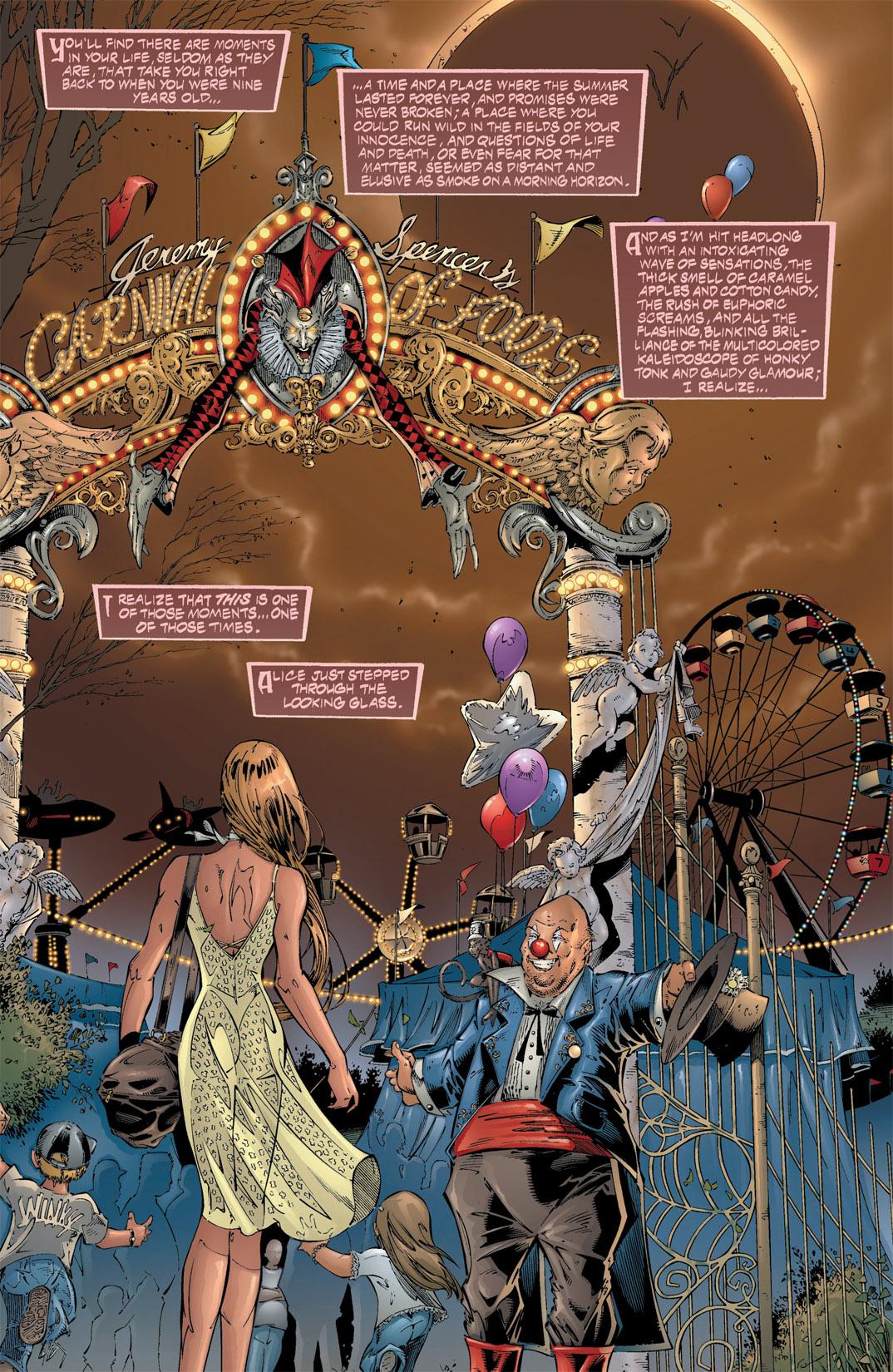 Darkchylde was very much a process of learning on the job for creator Randy Queen, and this collection pairs Ariel Chylde’s second and third miniseries taking the feature to 2001. Their predecessor was very poor, yet nevertheless found an audience, there being no shortage of willing buyers for exploitative material featuring bountifully endowed young women running around their skimpies. Yet while falling squarely into that categorisation, Queen is aiming higher. Unfortunately, it’s a case of reach exceeding grasp.

The opening story is prefaced by illustrations accompanied by attempts at poetry defining her condition. This is Ariel being able to transform herself into the demons from her nightmares, which is extremely helpful when further demons come thrusting into her life. The previous encounter didn’t end well for anyone, and the opening pages see Ariel leaving town and coming across a carnival. From there, the plot is much the same as previously, with demons making the mistake of targeting her and Queen relishing the opportunity to provide spread after spread of the resulting battles.

Fifteen years after this material Queen would take his character into young adult fiction, which is a logical leap given his propensity for telling stories in full page illustrations plastered with narrative captions. These are still over-written, but not as badly as those in the previous book, and they instil the foreboding mood Queen’s going for. His art has also progressed. The figurework remains weak, and Ariel preposterously proportioned for someone intended as seventeen, but the world she inhabits is ornately realised, with Queen taking the time to provide fully developed backgrounds. As previously, the imagination applied to the monsters is Darkchylde’s greatest strength. If Queen’s art isn’t all it might be, how it could be worse comes into focus by the far poorer layouts provided by Ron Adrian illustrating a chapter.

By the time of ‘Redemption’ Queen’s art has improved again, but he’s still at his best when drawing monsters and backgrounds rather than humans. ‘Redemption’ is more morose monologuing about regrets, coupled by variations of what’s gone before, with Queen never really getting to grips with the idea of a cohesive plot. A further collection titled Dreams of Darkchylde follows. 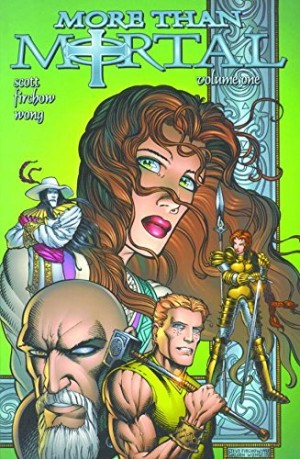