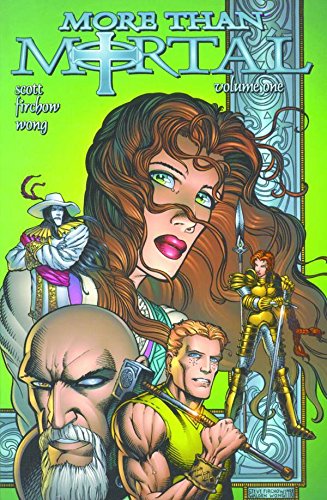 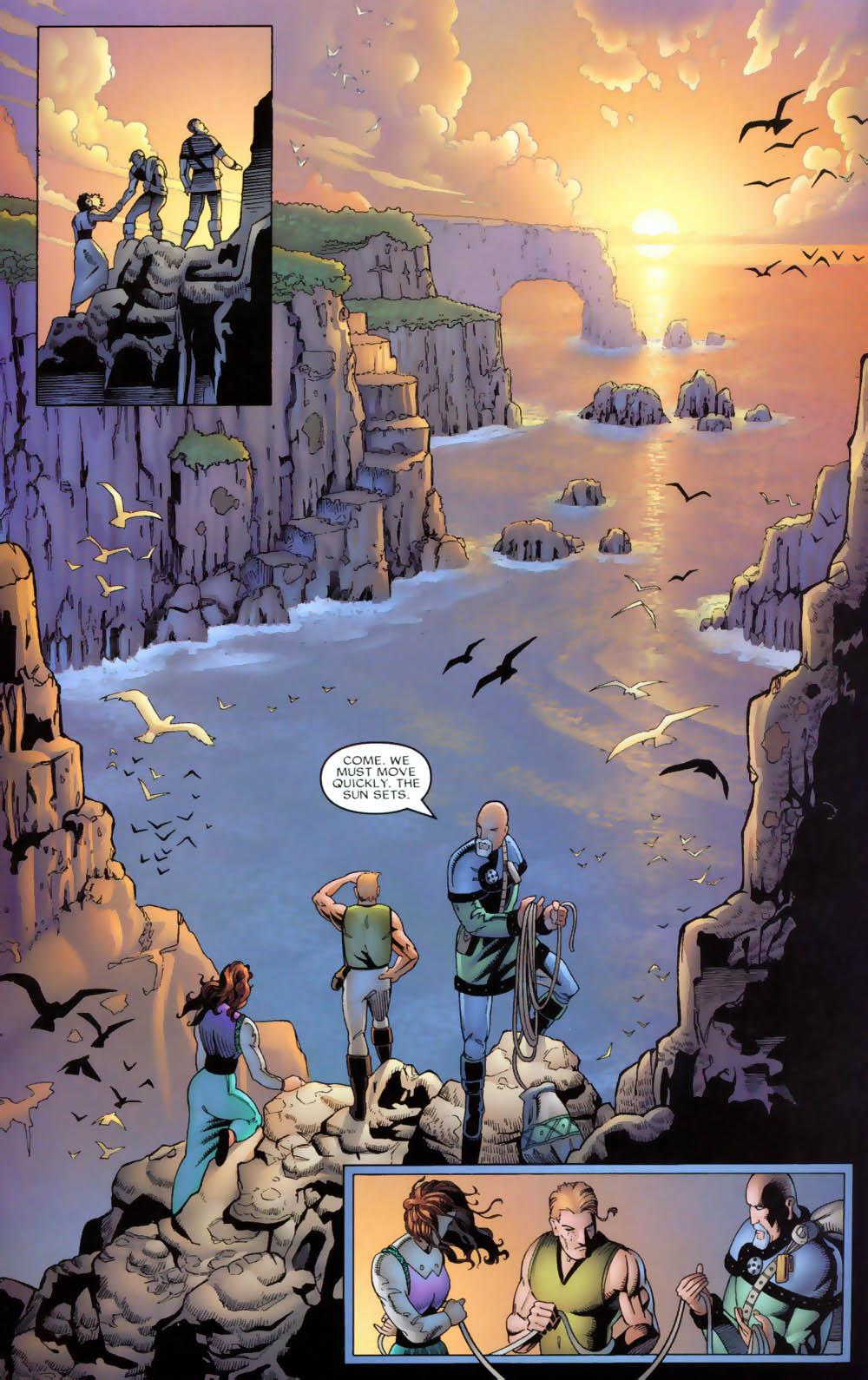 At one point More than Mortal was considered quite the hot property, and it’s therefore surprising that only the single collection of the earliest issues was ever published.

The almost eighteen year old Derdre has lived in an Irish convent since being orphaned. During the night her dreams are of a woman who very much resembles her, but is a confident warrior in mystical armour slaughtering her country’s foes during medieval times. Derdre wakes with blood stained hands, and in the convent someone is killing cats and nailing them to the church wall.

Sharon Scott is a little heavy on waving her research directly in our faces, and very much over-eggs what’s meant to be ye olde Irish-English, but this introductory volume constructs a serviceable plot. Derdre realises she’s at the centre of some very strange events, so proceeds to investigate her ancestry, a harder task than it ought to be. These scenes are interspersed with Derdre back in the middle ages as ‘The Protector’, wearing a ludicrous chain mail bikini when she’s not in full armour.

That’s representative of an obvious sexual fantasy undertone to the opening chapters, with an emphasis on Derdre’s age, and her depiction in a nightgown that rides up her thighs. Despite that, though, a wonder of More than Mortal is the progress of Steve Firchow’s art. He starts as a talented amateur whose faults are on display, and completes the book as a man capable of very decorative fantasy pages, a surer grasp of anatomy and fine sense of how to lay out Scott’s very word heavy script. He’d progress further in the comics not available in graphic novel form.

By the end of the book Derdre has a better handle on who she is, and what’s expected of her. This is achieved among standard fantasy tropes, but should hold some appeal to those who enjoy such material.