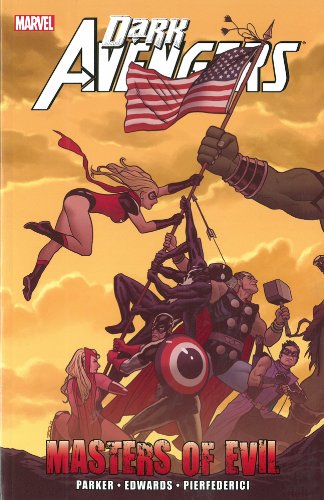 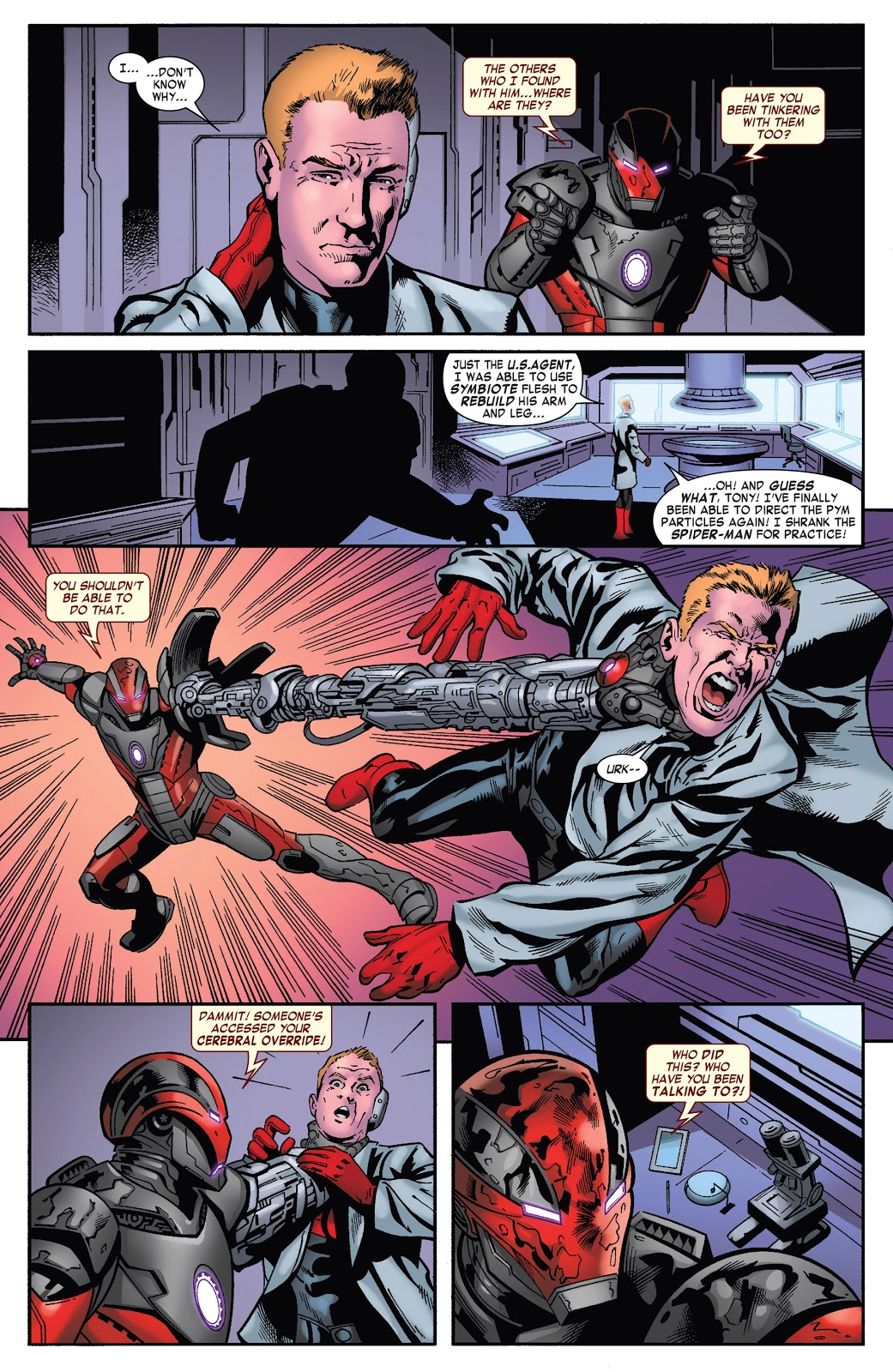 After the reset finishing The End is the Beginning, only Moonstone, Songbird and Mach 5 remain from the old Thunderbolts continuity, and two of them are out of the picture for the first five chapters. These deal with the Dark Avengers, Moonstone and Skaar accidentally accompanying them to an alternate universe where the known Marvel heroes have become thugs who operate their own fiefdoms, each jockeying for greater power and territory. There is a clever aspect in that all Dark Avengers are either impersonating familiar heroes anyway, or have done in the past, and they’re now dumped somewhere including nothing but fakes by their terms. She’d been rather lost in the shuffle in the previous story, but here June Covington, the fake Scarlet Witch, comes into her own.

Perhaps Neil Edwards drew his chapters of The End is the Beginning in a great rush, because his artwork on Masters of Evil is vastly better. The characters have some room in the panels, there are backgrounds and the action scenes have power to them. He was the weak spot before, but here he’s an additional strength, and it’s the more distinctive Mirco Pierfederici whose work is out of place for half a chapter. The final pages give Edwards the opportunity to underline his redesigns and reboots, and it leads to an iconic Avengers image.

What at first seems to be playing out like just another What If? Story gradually increases the gravitas by virtue of Jeff Parker introducing more and more of Marvel’s big hitters, and escalating the circumstances they find themselves in. Some of the variations are particularly chilling. Doctor Strange noting “This is the nature of raw magical power. Of all power. It consumes all” accompanies an especially horrifying scene. While our sympathies are with the time displaced, there’s enough of the heroes we know in some of their altered versions to make them sympathetic, and by the final chapter Parker has three simultaneous threats on the loose. When the complete flooding of Manhattan is the least of them, and the heroes are effectively fiddling while Rome burns, the tension levels are through the roof. The eventual revelations are worthy of the problems endured.

Dark Avengers ended with Masters of Evil and to date there have been no further series, but a new Thunderbolts line-up was introduced with No Quarter.