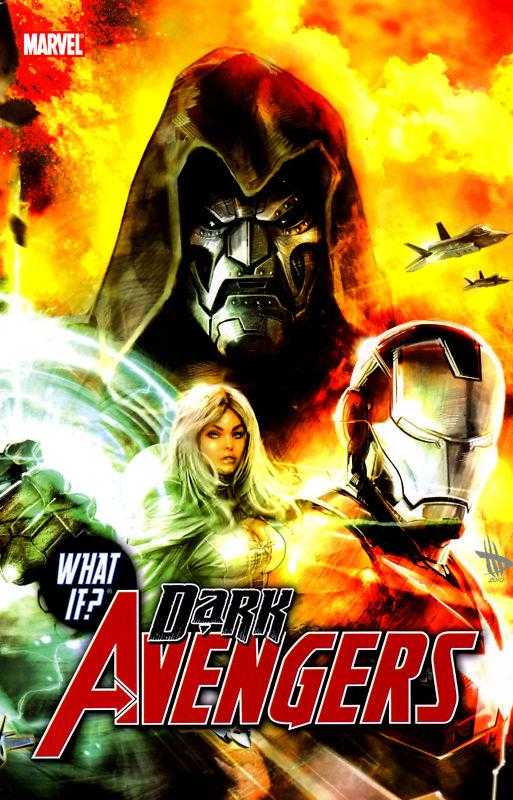 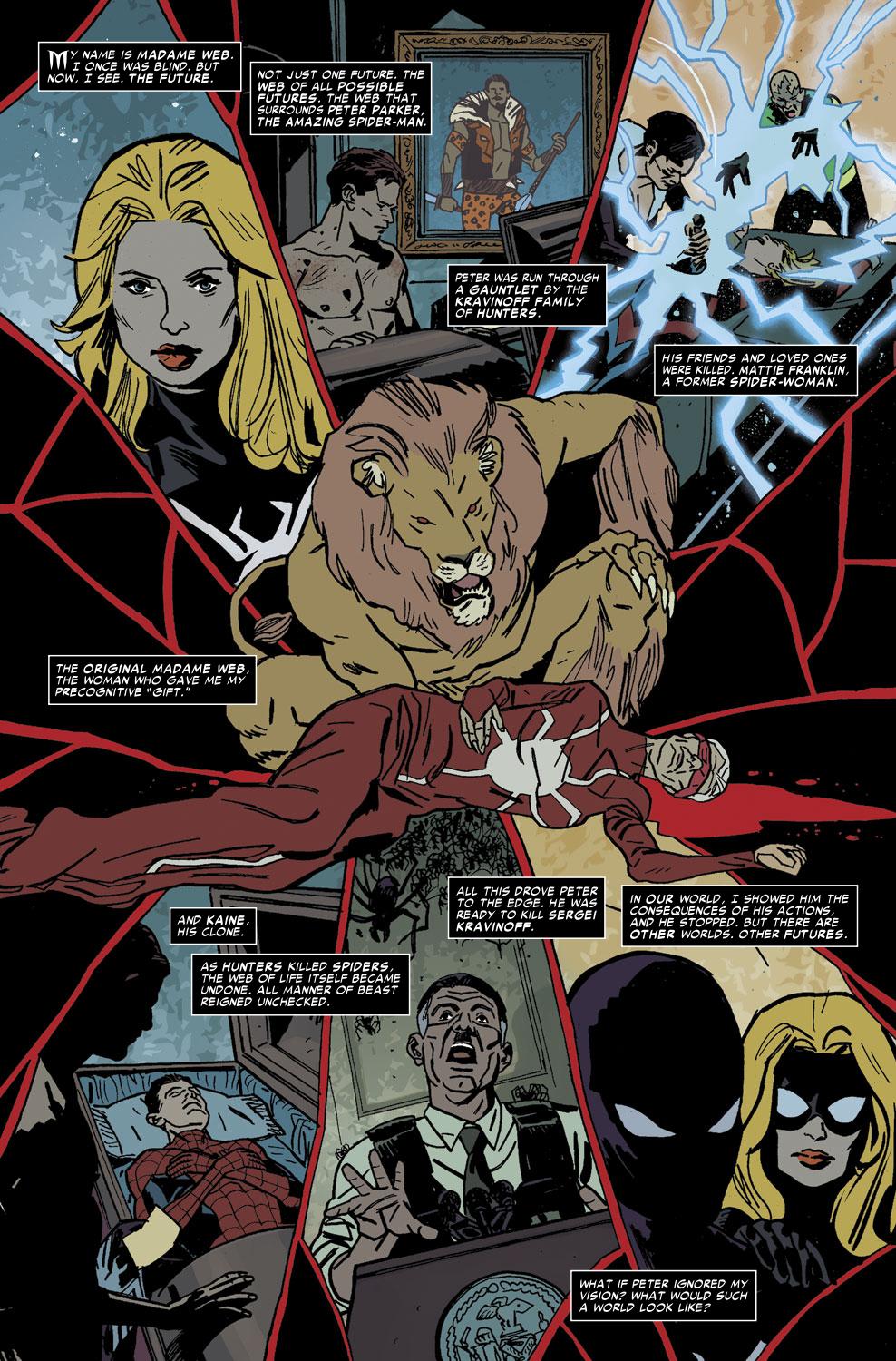 As ever with What If? the premise is to tell a different story by altering one pivotal event in a previously told tale, but the title is rather a misnomer, as the Dark Avengers only appear in one of the half dozen stories reprinted here. Most take place during the period when allegedly reformed villain Norman Osborn was heading America’s security services, altering events related during the Dark Reign and Siege storylines.

Very early in Norman Osborn’s tenure Hawkeye concludes the only solution is to murder him, and here succeeds. Jason Henderson and Sana Takeda’s extrapolation is dull and ordinary.

David Michelinie and Bob Layton provide the intriguing scenario of Tony Stark and Victor Von Doom as college room mates, spinning out quite the surprise to begin with. It continues of necessity in very broad strokes, with Graham Nolan pencilling, but runs out of steam by the midway point, and reaches a very laboured conclusion.

The murderous Daken grew up without the loving care and support his father Wolverine could have offered, but Rob Williams and Greg Tocchini show how it could have been. Tocchini varies his styles according to the mood and Williams has the opportunity to create something pretty well from whole cloth. His tale posits that some inclinations are inbred, which results in inevitable circumstances, and if that lesson needed reinforcing someone ideally suited to do so turns up. It’s the best on offer here.

A turning point for Spider-Man was almost killing Kraven the Hunter, which he does here in Mark Sable and Paul Azaceta’s tale. It leads to a long dark night of the soul and some astonishingly out of character decisions, but is nicely drawn. Azaceta provides the sample image.

The outcome of Siege is then switched. In this version by Marc Guggenheim and Dave Wilkins Norman Osborn doesn’t over-reach himself, and certain pivotal support characters aren’t removed from the equation. It’s diverting enough, but Wilkins’ digitally painted art is woefully stiff, and his layouts uninspired and occasionally confusing.

Those who’ve read Stan Lee’s other stories over the past twenty years will have few expectations for a twist on the classic first appearance of Galactus, yet it’s better than several other strips here. It features a neat twist, and Dale Eaglesham modifying his art to resemble Jack Kirby, which raises an interesting point. Why is it that nearly all these stories are based on earlier material, yet there seems to be no editorial compulsion to select an artist whose style at least vaguely resembles the source? Perhaps the feeling is that it would highlight the duplicated elements too greatly.

Running throughout are Rick Remender and Shawn Moll’s series of shorter strips positing assorted combinations of Deadpool and Venom combined. They’re slight, but often funny, and offer far more in the way of entertainment than most of the supposed feature items.