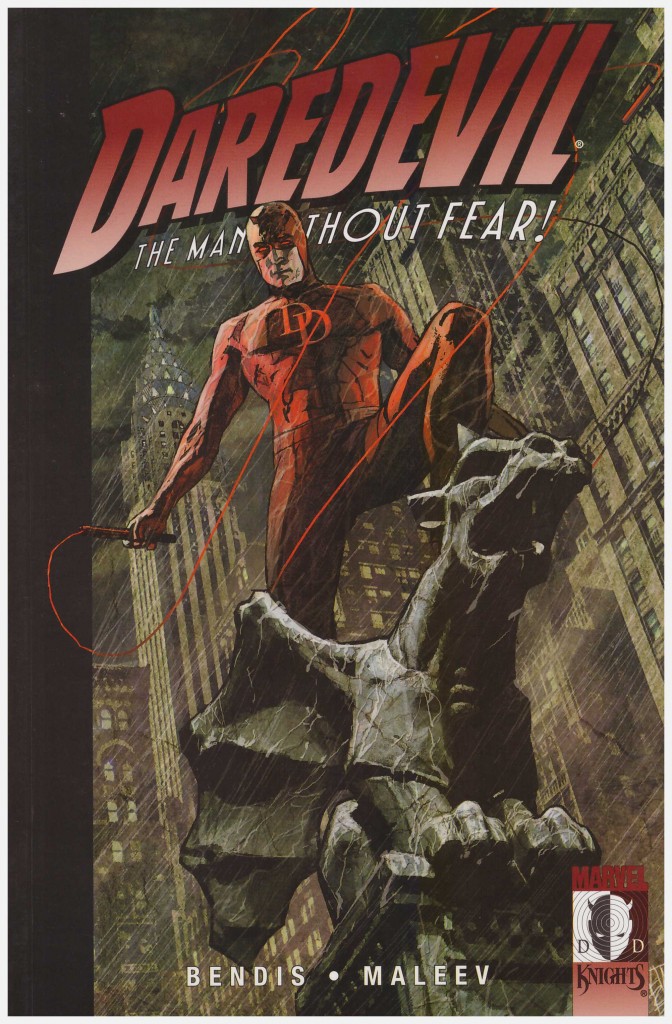 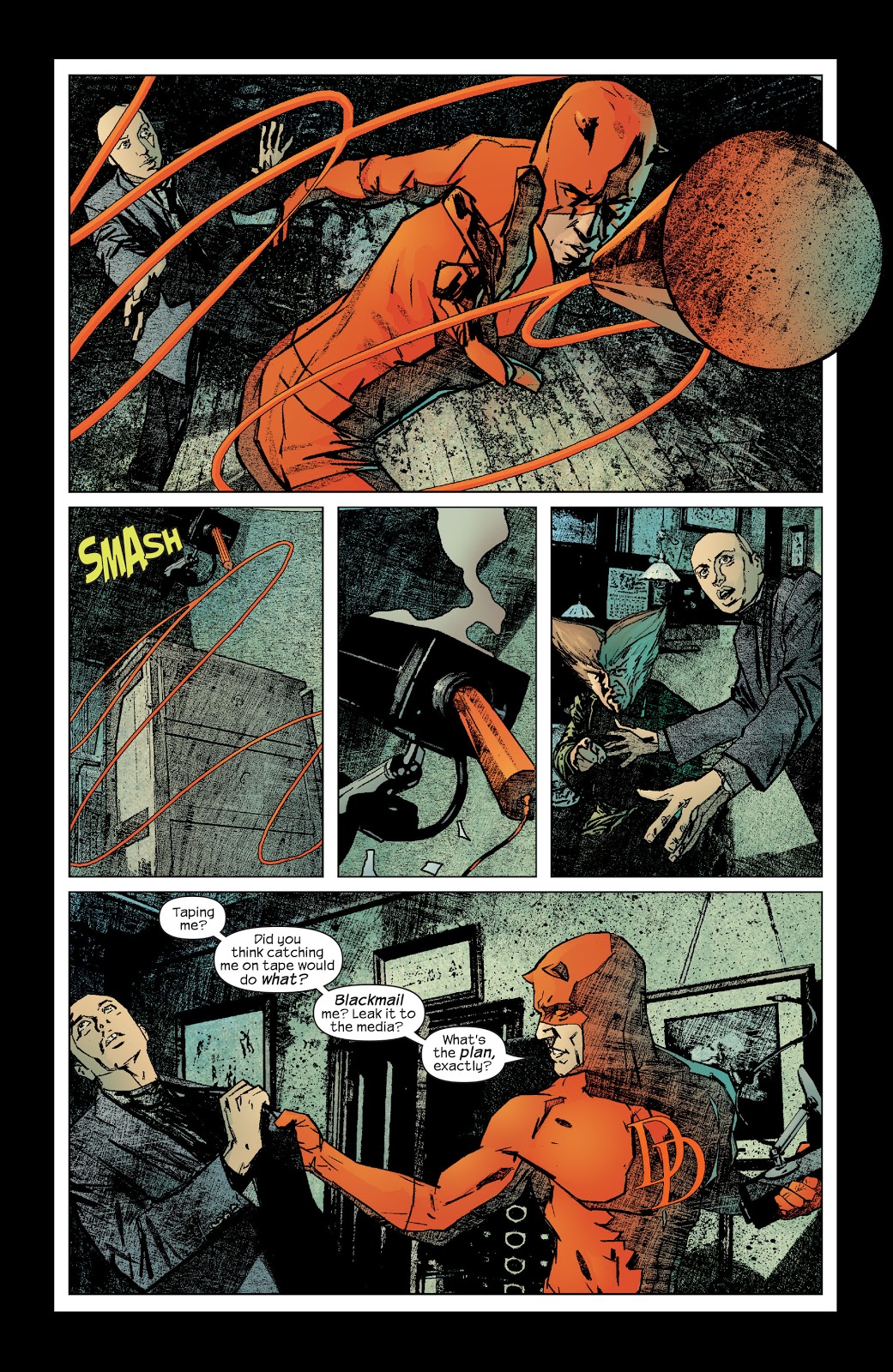 With the Kingpin out of action and his successor deposed, there’s a power vacuum in New York’s criminal hierarchy, and one of Daredevil’s old enemies glides back in to fill it.

It’s been a while since the Owl was anything remotely resembling a credible foe for Daredevil, being a hangover from his earliest days: a rogue financier who’d invested his money into developing super powers and ending up with a limited ability to fly. His portrayal by Brian Michael Bendis is consistent with his initial dabblings in developing abilities, as he’s peddling Mutant Growth Hormone via a network of dealers. “You get to be the next step in your evolution, you know, without all the headaches.”

Bendis recognises the Owl’s limitations, and develops a fresh and interesting method of dealing with him initially: Daredevil doesn’t take him seriously. This has consequences that play into his identity being revealed in the previous volume.

Much has been achieved in muddying the waters since Out, but there are many who remain unconvinced by the refutations. Bendis answers one logical question in a novel manner. If Daredevil’s civilian identity is now common knowledge, why is it that his avowed foes have refrained from targeting Matt Murdock’s law offices? On the other hand he has to reason to be grateful for the exposure when Milla Donovan comes calling.

Daredevil saved this blind woman from certain death, and Matt Murdock starts dating her. It’s interesting to speculate whether Bendis had her progression plotted out from day one, or whether that occurred later.

While always enjoyable, the Tarantino-style dialogue quirks Bendis employs are now more fully integrated into the narrative. There’s a particularly good conversation with Luke Cage about ethics and superheroes maintaining a secret identity.

The dialogue looks all the better for this originating from a period when Marvel dispensed with years of first necessity, then habit, by delivering the lettering in lower case. It’s a small change, and would only apply for around two years of material, but added a level of sophistication.

Of course, Bendis reclaiming comics for the writer comes at a price. There are occasions where artist Alex Maleev is reduced to drawing two small figures at the bottom of the page as dozens of small dialogue balloons float above them. Maleev’s digital manipulation here is becoming lazy. Images are repeated throughout, once three times on a single spread, several more twice.