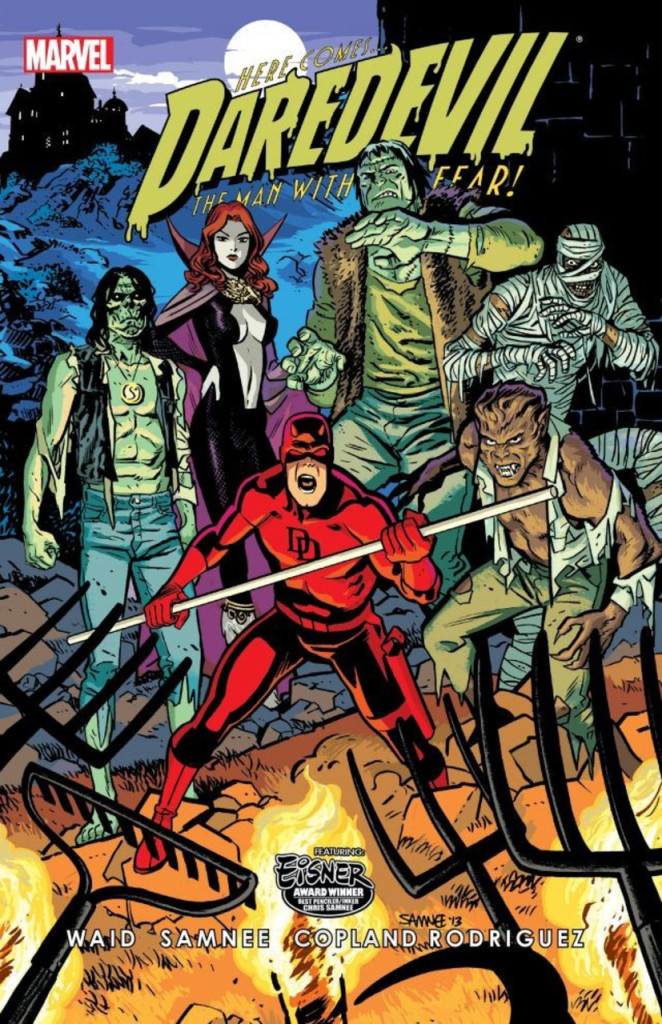 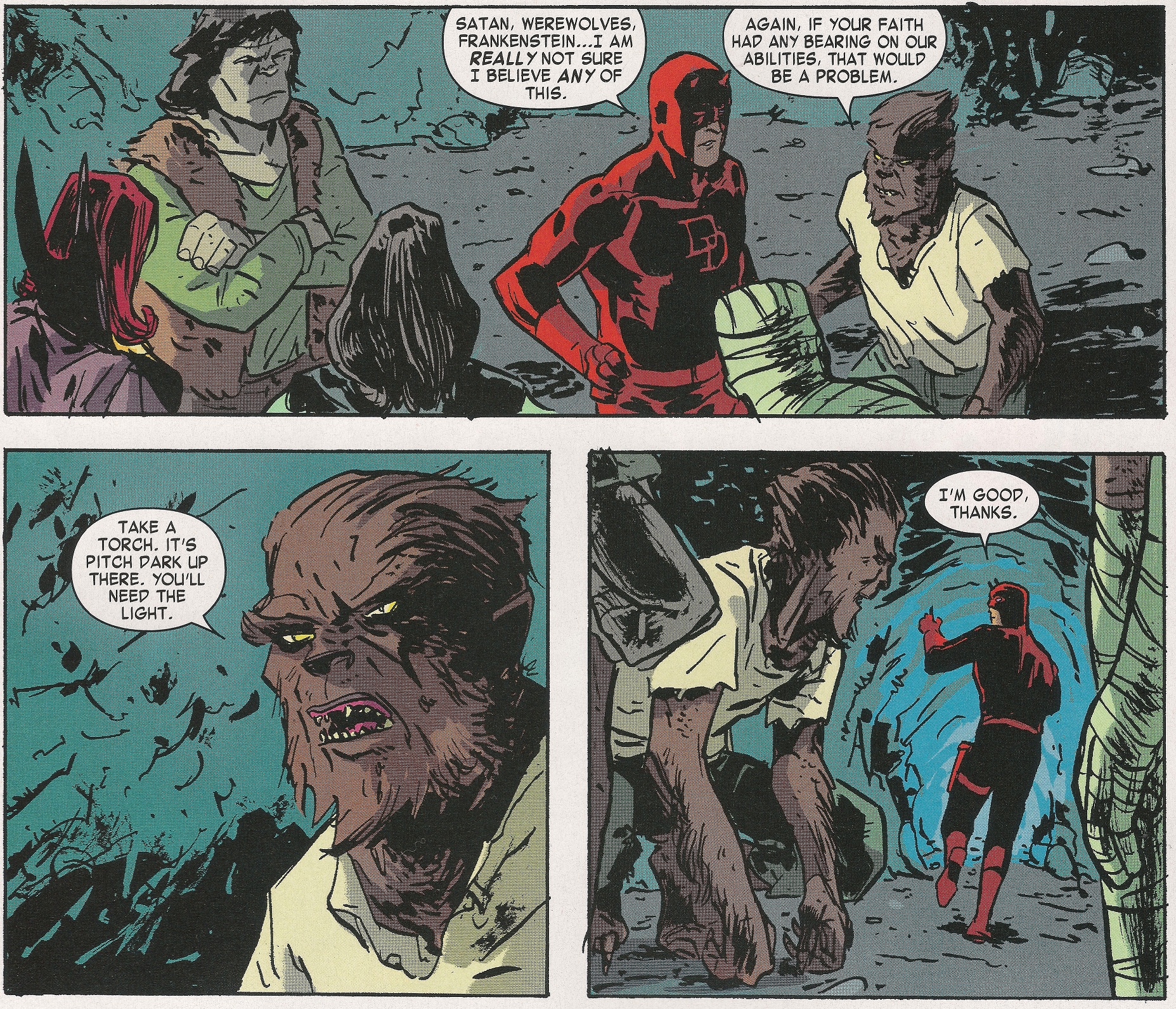 There’s a threat hanging over Daredevil and Matt Murdock from volume 6, one that has entwined itself with all layers of the court system. It’s a clever plot that involves both threads of Matt Murdock’s life while additionally circumventing justice for those very much requiring it. Writer Mark Waid draws Daredevil further and further in, reducing his options, until the final chapter resolves not only his plots, but one bequeathed by the past several writers of the title. It’s neat, clever and efficient.

Before that there’s a long unseen foe up to his manipulative tricks, somewhat reconfigured for modern era consumption. Throughout his run Waid has toyed with reality, manipulation and deceit, and it comes together splendidly here. Another recurring thread is Waid’s willingness to involve Daredevil in the wider Marvel universe, rather than restricting him to the shrouded corner, and the results have been mixed, which is the case here. There’s an intelligent attempt to tie in race hate group The Sons of the Serpent to an ancient and symbolic evil, which doesn’t quite come off, and neither does the teaming of Daredevil with a group of Marvel’s more obscure horror characters. Some have a moral ambivalence, and Daredevil’s necessities don’t necessarily coincide with theirs.

Javier Rodriguez, also the series colourist, displays his vast artistic skill in illustrating one chapter, while Chris Samnee provides what seem to be very tight layouts for Jason Copland on another, Copland remaining very close to Samnee’s style. That style is now established as the series look, and Samnee again excels in combining fine storytelling with dynamic action.

The definitive narrative statement ending the book is a fine closing point to this run of Daredevil by Waid and Samnee, but fear not they immediately embarked on a new series, starting with Devil at Bay. Not only is it pleasing to see a proper title again, but it’s one that’ll have greater relevance when this volume has been read. The entire content is also available in the hardcover Daredevil by Mark Waid vol 3, or the second Daredevil by Mark Waid Omnibus.