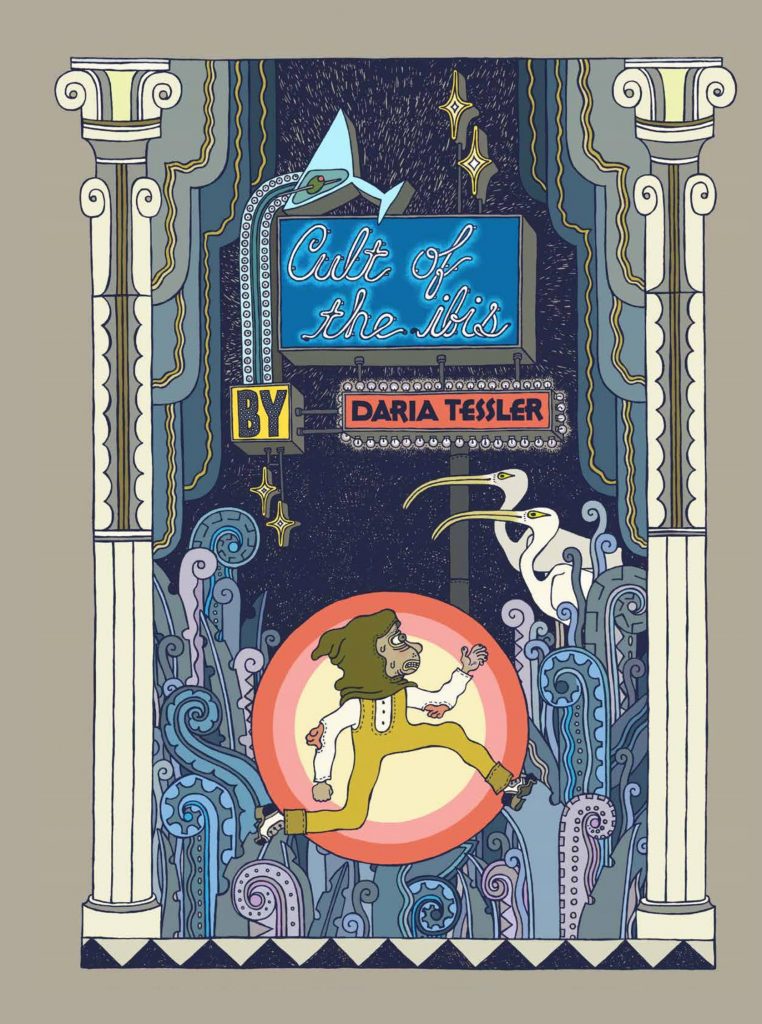 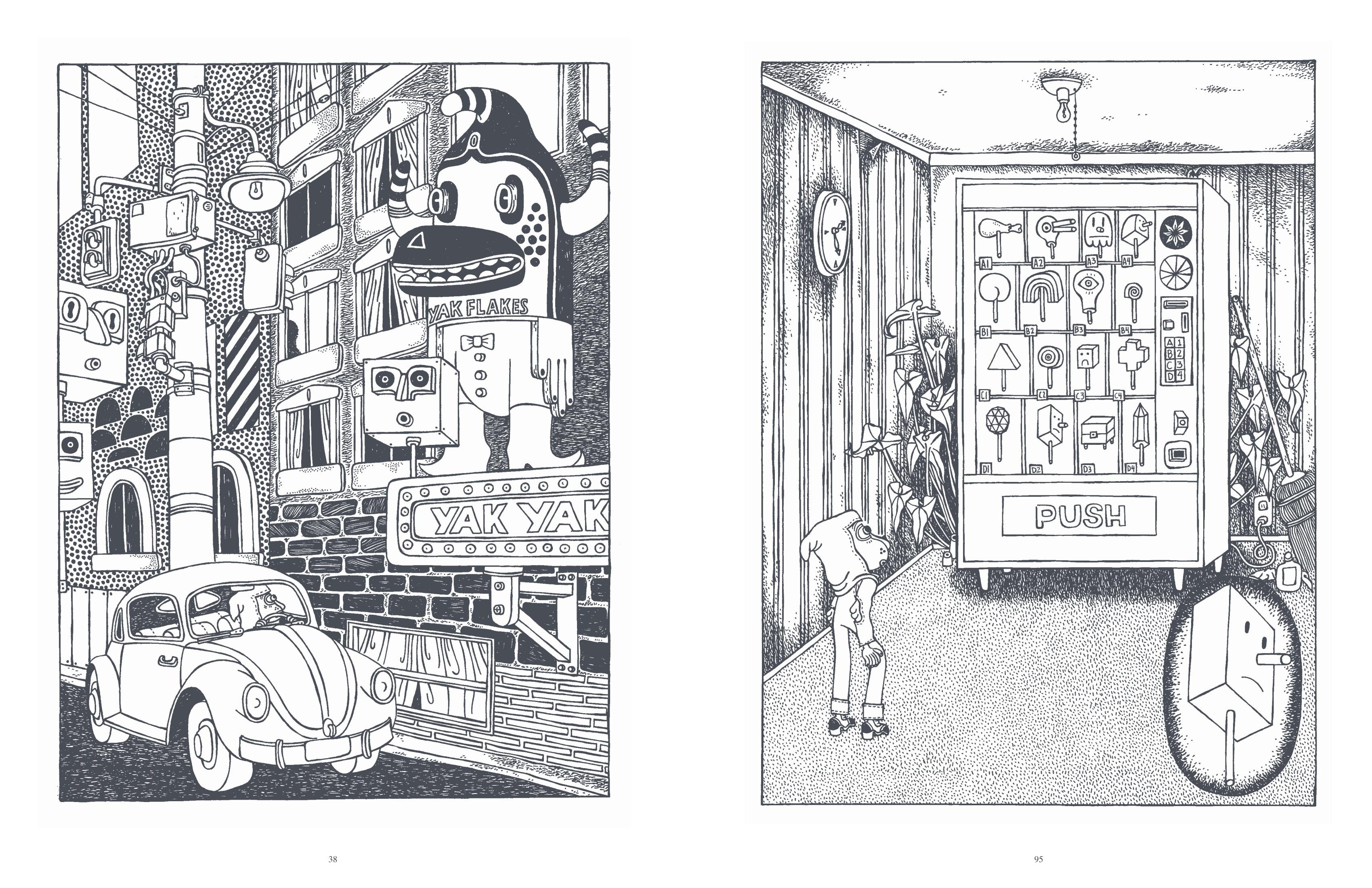 Daria Tessler makes no opening concessions with The Cult of the Ibis, dropping us into a world that may look familiar, but which features unsettling iconography and is populated by unusual looking people, one of whom is behind the wheel of Volkswagen Beetle studying an alchemy magazine. He’s the planned getaway driver for a bank robbery we witness going about as wrong as it can go. Scenes detailing these events are spliced with those from the magazine, offering listings of the essential tools for every alchemical lab and adverts for homunculus creation in kit form. Obtaining a mandrake root infused with the semen of a genuinely hanged man seemingly isn’t impossible here. Over the course of the book almost the entire magazine is presented, satirising health magazines sold today.

Tessler combines the wacky surrealism of 1930s animation with an amazing talent for designing the sinister and unsettling, page after page demanding visual immersion. This is rewarded not just via the density of observational detail, but homages to early film don’t end with the influence of animation, instead filtered throughout. That Cult of the Ibis is largely without dialogue references silent films, a noir mood is carefully cultivated, not least by restricting the art to black and white when Tessler is so effective with colour elsewhere, and settings recall the opulence of the early movie maker’s art. One sequence is a demented Busby Berkeley synchronised dancing fantasy. She also toys with the artifice of movies, drawing the curtain back to reveal the constructions actually providing the magic. The accompanying eccentricity is Tessler’s own, little nonsensical diagrams of olive infusion devices for cocktails or a hilarious mechanical doorman with a selection of three eye settings.

As impressive as it is, the window dressing wouldn’t count for as much were Tessler not also cultivating sympathy for our hapless protagonist. Small of stature and with a hangdog expression, their early involvement in the robbery is forgotten as they stumble through a world that in one sense they desire, yet is also beyond their comprehension and comfort zone. Enlightenment and understanding may only be a step away, but it’s one giant and terrifying step. By the final third the connections between alchemy and today’s health magazines have become the driving narrative force, accompanied by ever stranger illustrations of magical procedures as more mystical forces are introduced. Cult of the Ibis has now become more challenging, and will shed readers of a tighter mindset as the apple cart is literally upset.

On the basis of Cult of the Ibis, Tessler is the spiritual heir to Kim Deitch. Subconscious fears of the unknown disturb and disorientate, and she’s equally detailed in presenting a strangely off-kilter world where the primal forces always prevail. By the end the plot has become fascinatingly illustrated abstractions for individual readers to interpret as they will, which means that like Deitch’s work this won’t be to all tastes. Take that giant step into the darkness though, identified by Tessler as the dawning of infinite possibilities, and you may be captivated.