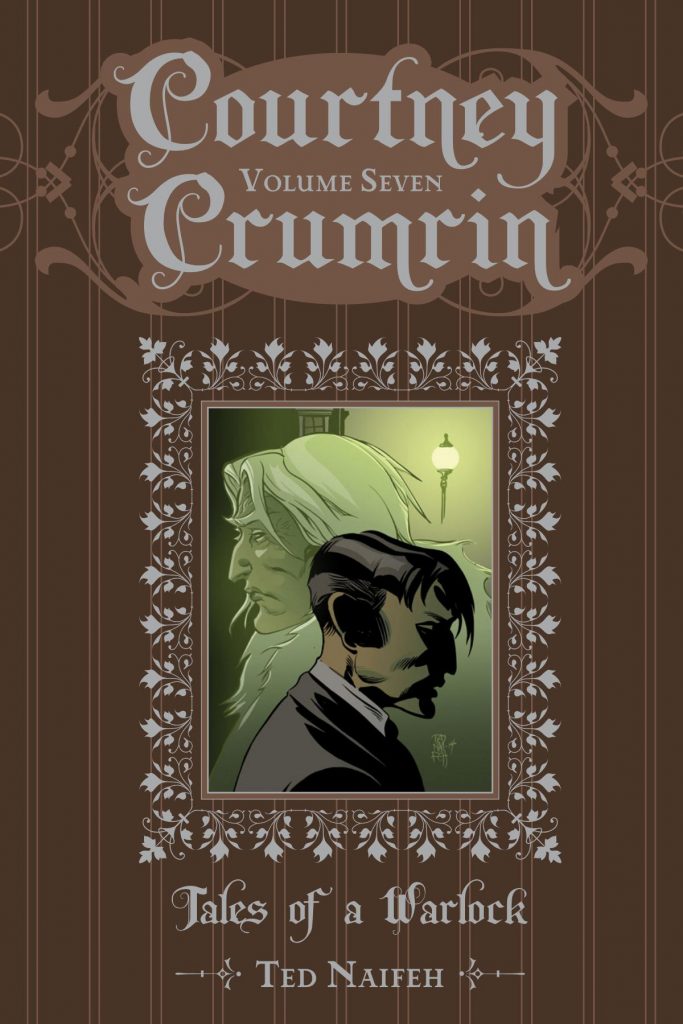 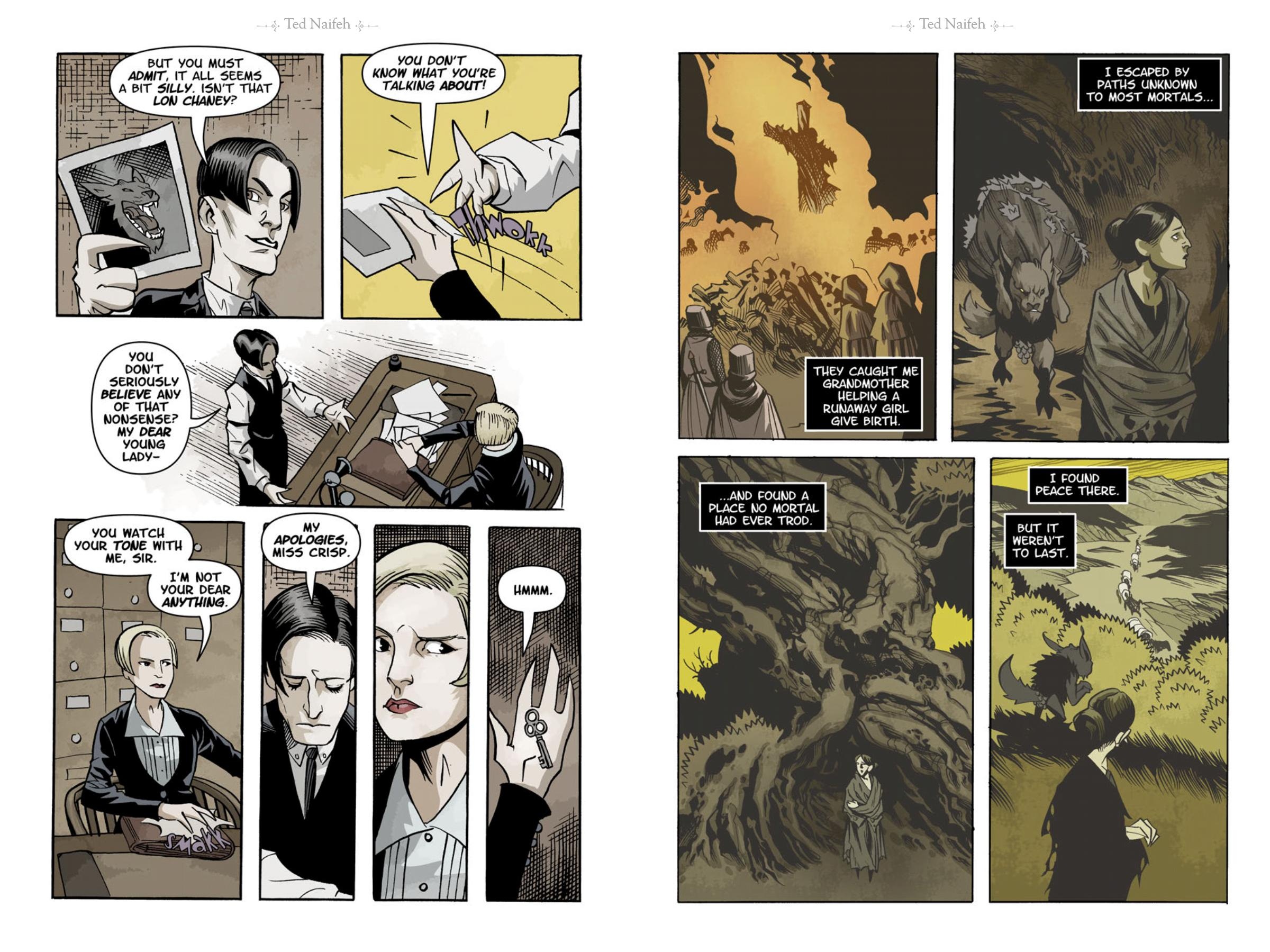 The story of Courtney Crumrin ended with The Final Spell, but Ted Naifeh still had two further stories to tell of her world of hidden magic, these from the days long before she was born and Aloysius was a young man and just about to meet Alice Crisp. How her eventual fate played out can be found in earlier volumes, but Naifeh’s intent here is to return to happier times.

Alice’s father runs an organisation dedicated to shutting down practitioners of evil magic, and Naifeh builds an amusingly clever story around that, contrasting someone who actually knows what he’s doing with the antics of someone who only thinks they know what they’re doing. When a mugging occurs Aloysius has to reveal what he is to the plucky Alice, and trust she will keep his secret, however suspicious his position with her father’s company now looks.

The second tale occurs an undetermined time afterwards, with Aloysius and Alice now engaged, while he continues his mission of dealing with renegades breaking the sorcerer’s code by involving ordinary humans in their affairs. A lesson to be learned is how in covetous hands magic has a seductive allure that corrupts the innocent.

Anyone who’s read the remainder of Courtney Crumrin’s series surely won’t require much persuasion that Tales of a Warlock is worth their time even if she’s not there. Would you buy a book before set before Harry Potter’s time, but in his world? Fantastic Beasts and Where to Find Them wasn’t short of readers. Apply the same sense of expectation to Tales of a Warlock. Naifeh knows what he’s doing, and along with two decent stories he fills us in on the background to many aspects of the magical world. If that were the sole purpose, however, the stories wouldn’t be as good. Naifeh’s an entertainer, and both stories are rich in character and surroundings, and there’s a comfort in knowing Aloysius is pretty well always in control. Reading just this book and none of the others (and why would you do that?) you may be surprised by an unconventional and understated ending. That’s in keeping with the tone, and what’s been seen in the present day. It’s like pressing that final jigsaw piece home.

Tales of a Warlock is no mere appendage or afterthought, but a valedictory visit to a much loved world.