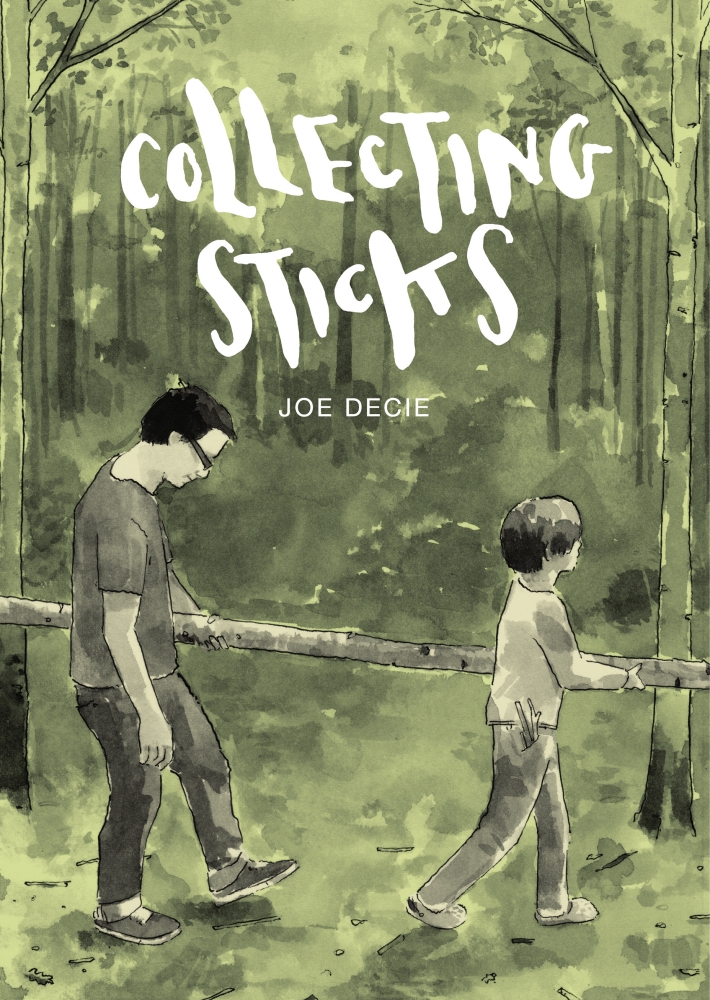 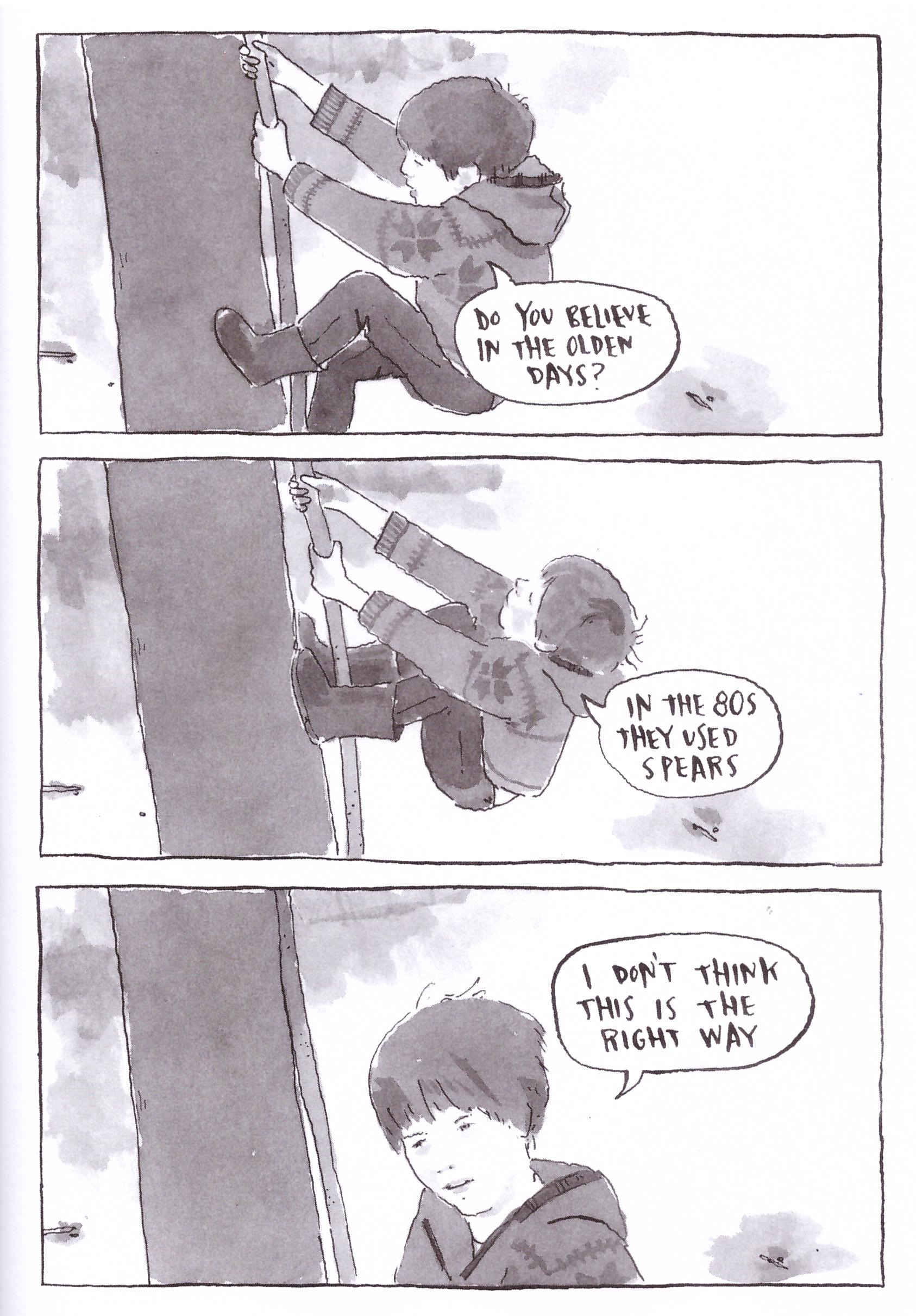 Collecting Sticks is an exercise in contradiction. The beautiful character studies that comprise most of the wash artwork scream out to be loved, charming with both their depiction of adults  and the innocence of childhood. There’s an undeniable life and a looseness to the pictures, yet the story they accompany is defined by the eye of the beholder. The back cover quote from fellow Jonathan Cape-published creator Kate Beaton extols the conversational rhythms and highlights the absorption in small things inducing the warmth of being loved. An equally appropriate response would be that Collecting Sticks is so mired in small moments that it has absolutely nothing to say.

It’s never explicitly stated that Joe Decie is presenting autobiographical experiences, but it appears that the first person narrator is Decie accompanying his partner and their son on a rural holiday. Steph is organised and no longer wants to go camping, so books a remote wooden shack with beds for a family holiday in the woods. We follow them as they explore their environment and in doing so strengthen their bond. Decie is a sardonic commentator, and there are plenty of smiles to be had at his observations. At one point the family are toasting marshmallows over a poorly constructed fire and he parodies the descriptive excess of supermarket food advertising with “I marinated mine in honey and soy, then heated them in a water bath. I’ve flash fried them and I’m smoking them over hickory and eucalyptus”. He’s also an excessive worrier, seemingly unable to enjoy much for fear of what might happen.

Is it the case that the everyday held up to us as a mirror makes us define and consider our own experiences? The remote family holiday is hardly an individual occasion, and a few observations are the only departures from what tens of thousands experience every year. Early in the book Decie relates an anecdote of when he and a friend decided to carry the equivalent of a crate of beer each back from the supermarket. The weight proved beyond them, and an afternoon was spent sitting on a wall drinking the beer as the traffic passed. After a page in the telling Decie concludes that it’s not a good story. It could serve as a metaphor for Collecting Sticks, named after Sam’s habit of doing so. It’s wonderfully illustrated, but that’s the only reason for anyone beyond immediate family to take an interest.