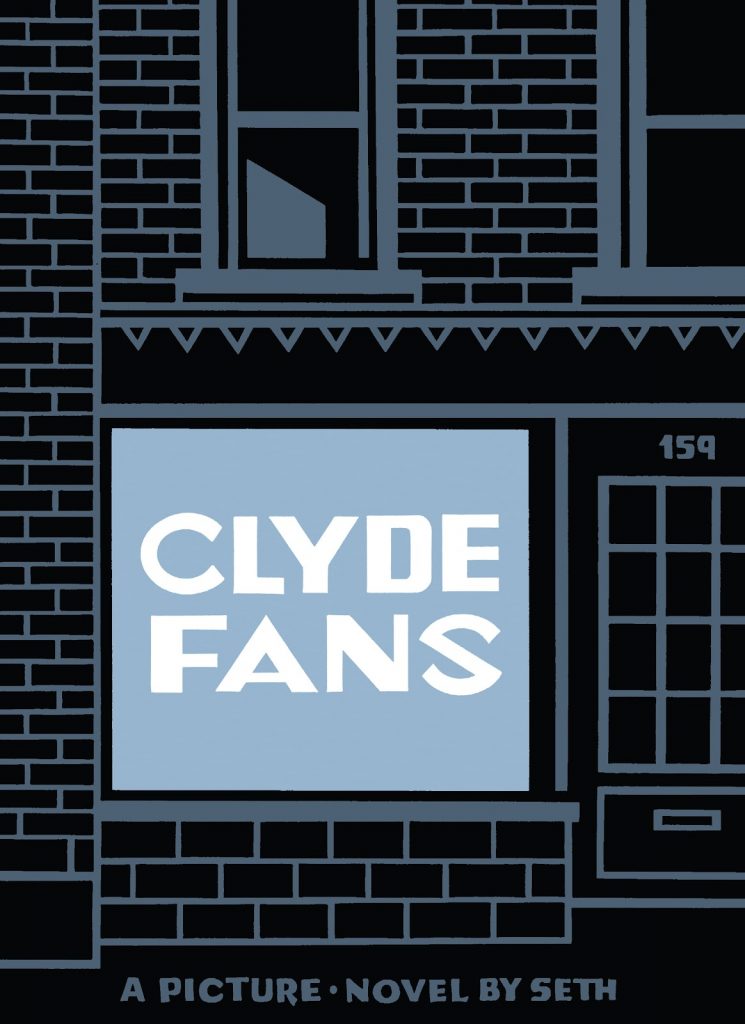 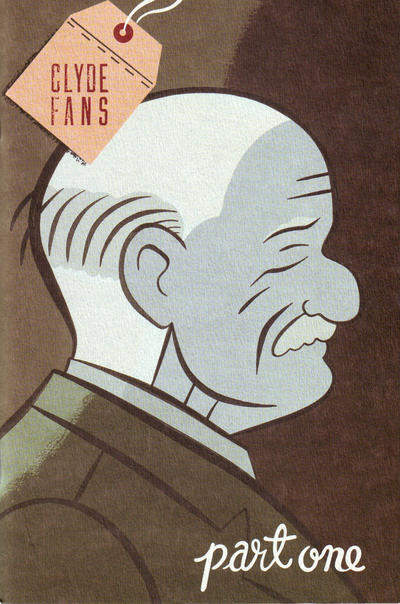 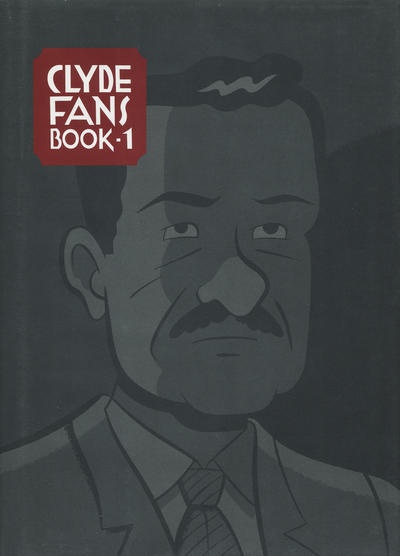 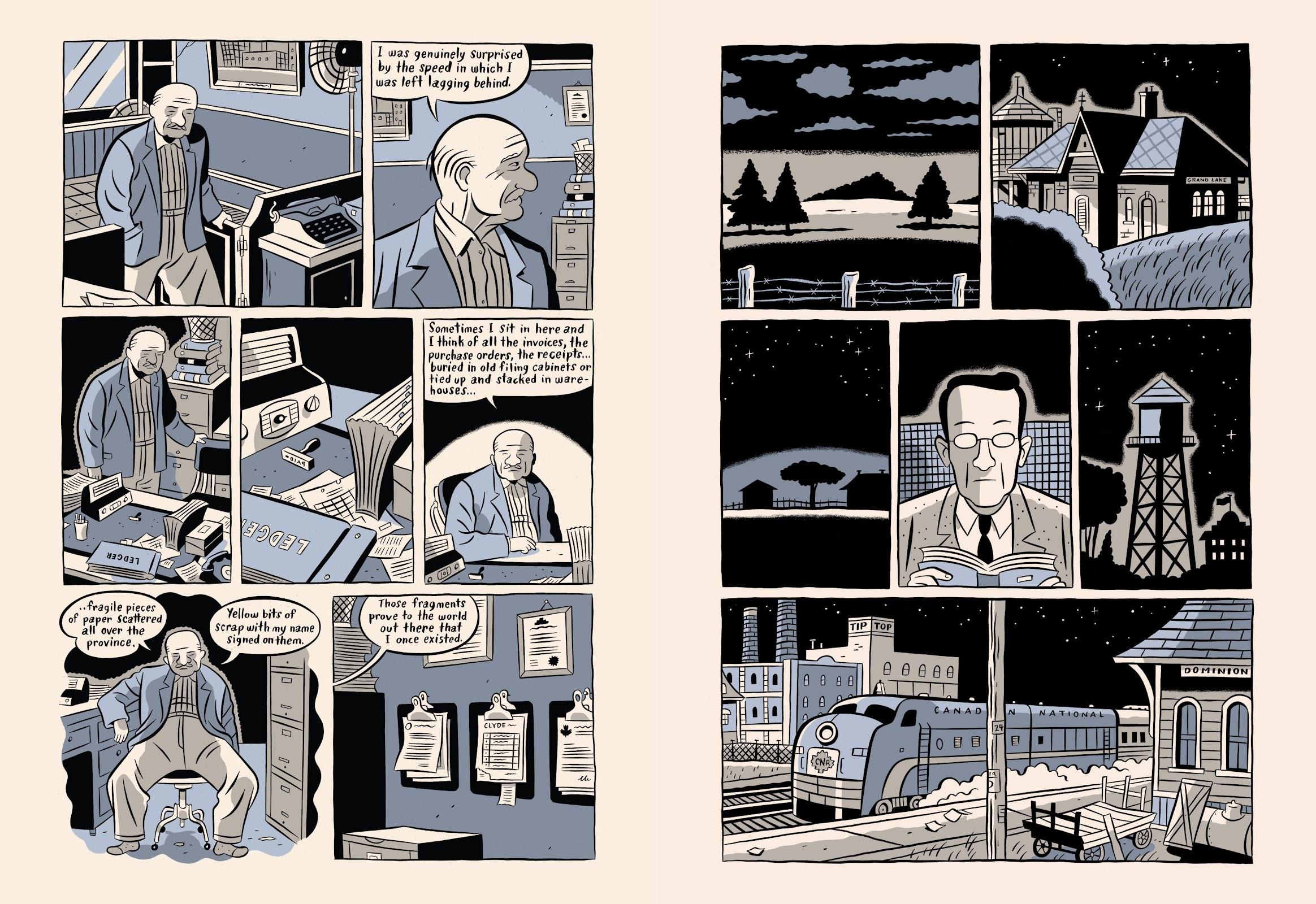 Clyde Fans is a very delicately observed period piece spanning the 20th century’s second half. It spotlights brothers from a family who once ran a Toronto-based fan manufacturing firm, eventually unable to diversify and compete with businesses employing more modern practices. It’s used for a nostalgic consideration of how things used to be better, but can also be read as determining that most people are of their generation, and there comes a time when the world leaves them behind.

It’s not a graphic novel for everyone. An eighty page opening chapter features an elderly gentleman walking around his old-fashioned house and premises speaking about sales techniques, the other businesses once populating the area, the history of his family company, and his brother’s shortcomings. It will sort those who’re intrigued from those who’re bored. It’s actually Seth playing a clever game, as he has Abe Matchcard talking about the importance of a salesman saying something their audience wants to hear, which applies to Clyde Fans.

Seth relishes drawing rooms that haven’t been upgraded in decades, and ensures period details are absolutely correct, to the point of bathroom taps operated by lever rather than modern handles. Little touches showing a life lived in the past manifest, such as old business calenders, old fashioned novelty items and radio the only form of home entertainment. When the action moves further back Seth is even more in his element, lovingly reconstructing fashions, trains, booking offices, diners and lodging houses. He recreates the Toronto of old and uses novelty postcards of larger than life objects as a constant visual metaphor for Simon Matchcard’s insecurities.

By the time the second chapter begins Seth has already constructed a picture of Simon as having a personality resolutely unsuited to sales. In 1957 that proves to be the case as he’s easily dissuaded and regretfully considers how he ought to have responded to rebuttals, but didn’t. It’s a heartbreaking square peg in round hole situation, and while the reflective Simon’s more at ease when seen in 1966, he can’t interpret the dreams he has that scream the truth to readers. He thinks endlessly about the world, but can’t cope with the way it is, while his brother’s behaviour becomes bullying.

Clyde Fans trades in regret and nostalgia, the first applying to the characters, and second to the author. Seth must have pondered whether he’s leaving something timeless for posterity or constructing his own bespoke novelty item cemented in time. Fortunately, it’s the first, a towering meditation on brittle relationships, none of which work on any level. It’s sharply observed using the technique of the unreliable narrator well, Abe only barely scratching the surface of being the villain in his own story, and beautifully illustrated, yet often in a way also suggesting anonymity.

Labours on Clyde Fans have been decades-long, Seth surely never imagining when beginning in 1997 that the entire content would become a period drama. Drawn and Quarterly have twice previously issued the opening chapter as a graphic novel, optimistically calling it first Part One, then Book One. Both could now legitimately be added to the story’s nostalgic cataloguing sections. 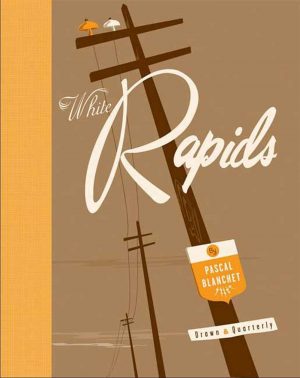