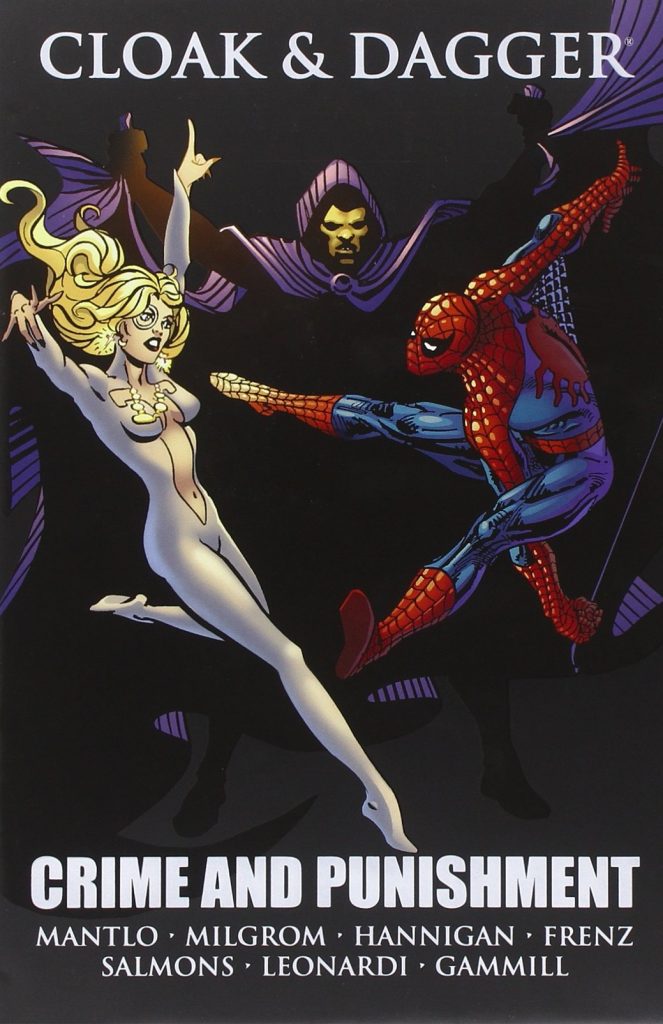 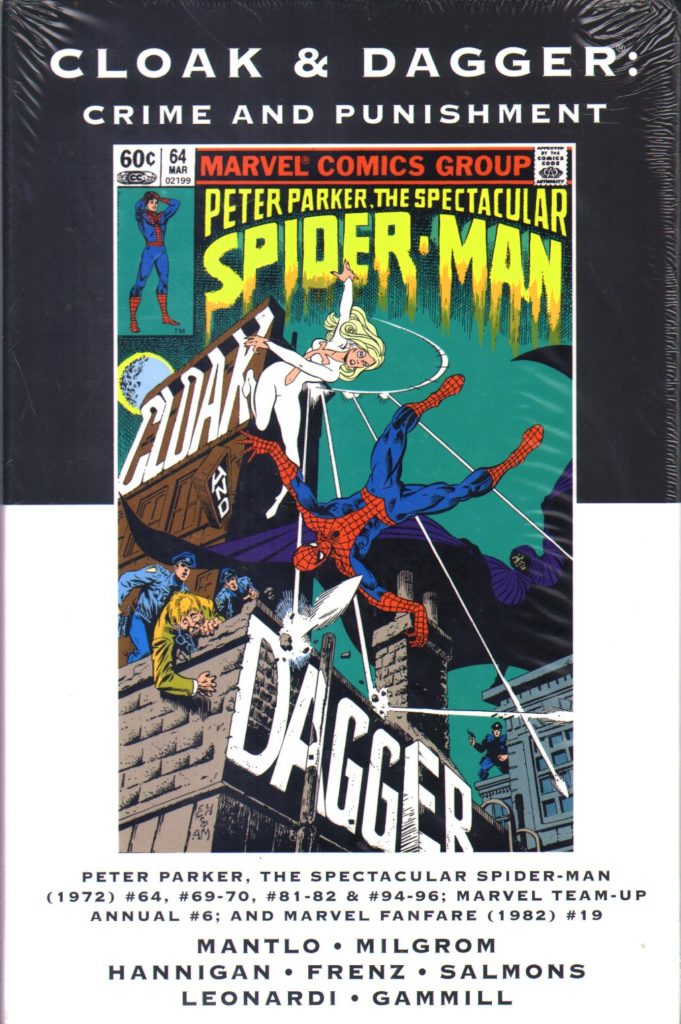 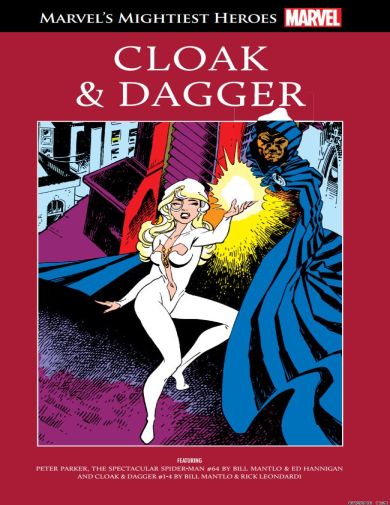 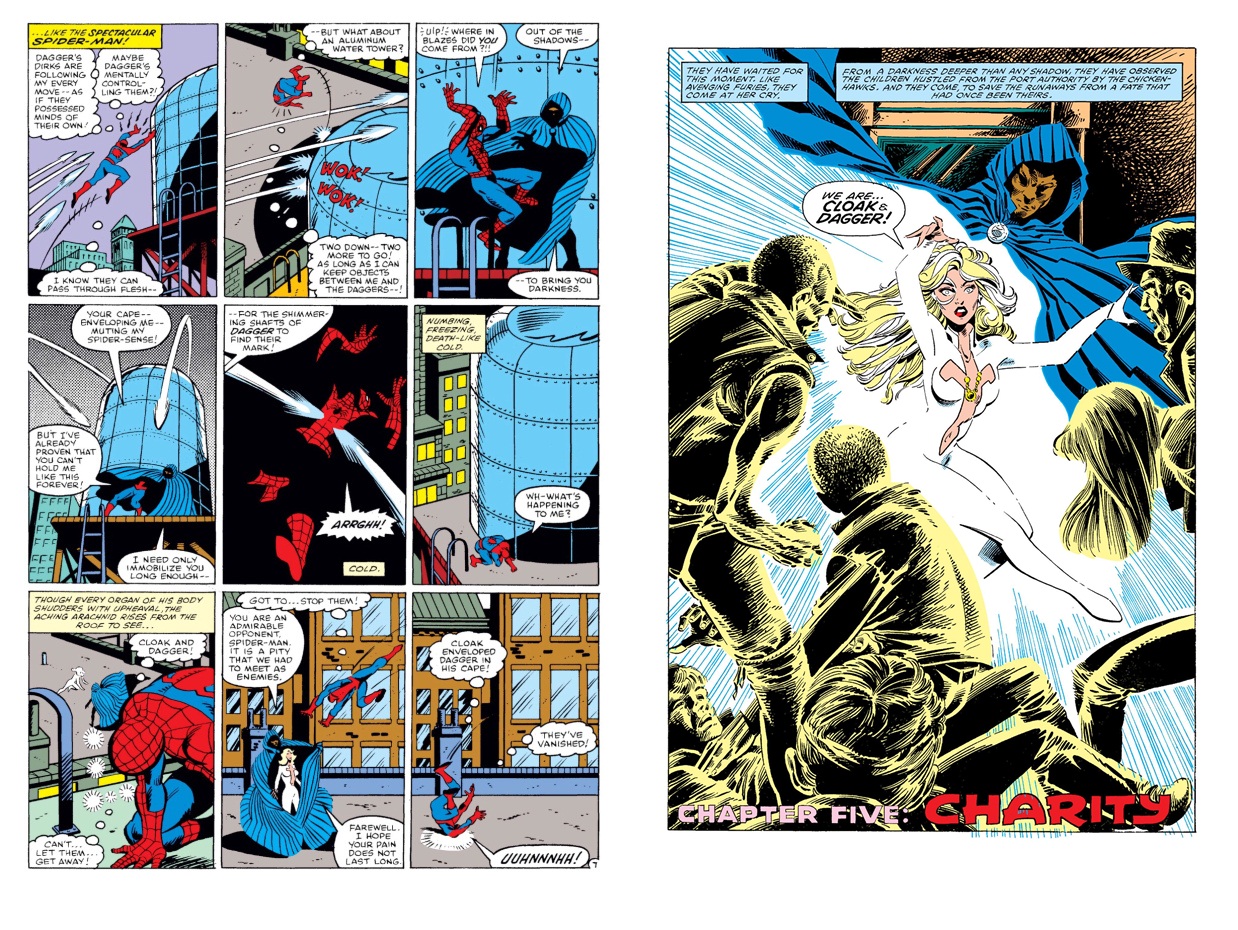 By 2012 Cloak and Dagger’s stock had sunk somewhat from the novelty of their 1980s appearances, so the chance to reappraise their earliest stories compiled in an attractively produced hardcover collection was welcome.

Beyond their first solo outing, the quality drops downward, as Mantlo begins to repeat himself and the characters fall into the hands of lesser artists. The idea of Cloak and Dagger’s powers transferring into a couple of the New Mutants isn’t very well handled, and four different artists working on a very ordinary story comes across as page filler, although Leonardi excels again.

With a TV show for Cloak and Dagger in the planning stages, this collection was reissued in paperback as Shadows and Light, with what sounds like the alluring bonus of an extra three chapter story by Chris Claremont and Bill Sienkiewicz.