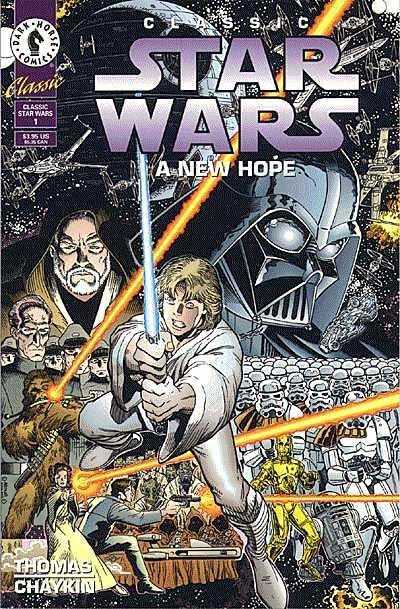 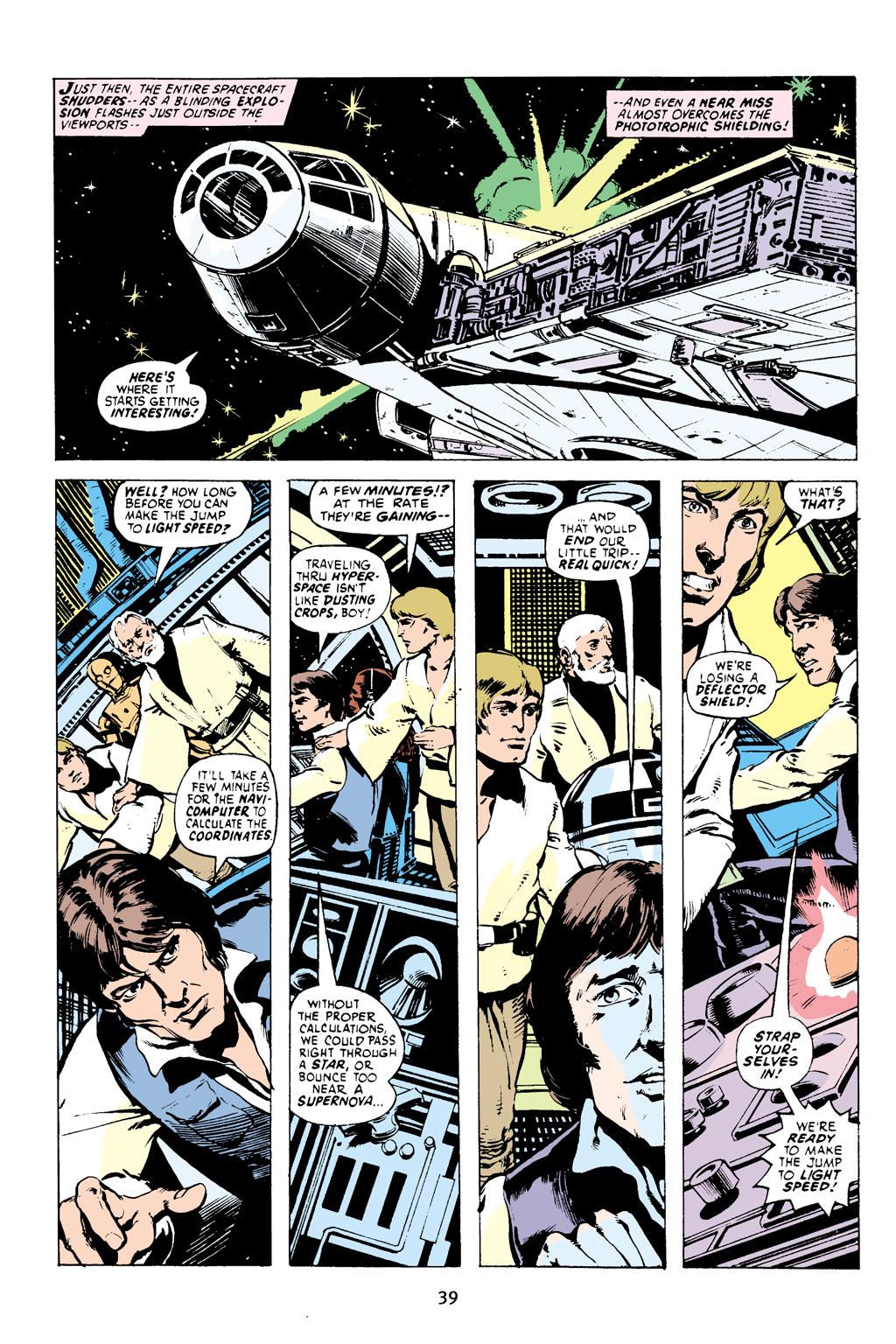 This 1994 pocket book edition of Star Wars Episode IV: A New Hope splits Marvel’s original 1977 adaptation of the film over two affordable books, although at the cost of making already crowded art look even murkier despite the new colouring.

Roy Thomas wrote his adaptation from a shooting script, not the final version and Howard Chaykin wasn’t privy to all design work, so there’s a novelty in seeing the differences between adaptation and film. It’s important to note, though, that the thrilling essence transfers, and only trainspotters will bemoan Jabba the Hutt being a yellow, two-legged alien designed by Chaykin rather than the later slug-like creature.

As in the film, the action opens in the vicinity of remote desert planet Tatooine where Luke Skywalker watches the skies dreaming of getting away. In the vicinity, galactically speaking, Darth Vader’s imperial forces have captured a rebel ship with Princess Leia on board, and he wants some data tapes in her possession. What he doesn’t know is that they’re no longer in her possession, and that an escape pod with robots C3P0 and R2D2 has crash-landed on Tatooine.

Unless you’ve watched the film recently, or know it intimately, Thomas’ adaptation reads like original material, rolling out very smoothly, highlighting the right scenes to foreshadow what happens later. This first half takes the story from Tatooine to the first time Han, Leia and Luke meet as they rescue her, and because action comics tend to be so decompressed in the 21st century it’s frankly astonishing looking back and seeing how much is packed in to just three chapters. It’s action pretty well all the way. It’s not until the second chapter that Chewbacca, Han Solo and Obi Wan Kenobi turn up, and along with the latter the mythology of the Jedi Knights, the Force, and Luke’s Lightsabre are also introduced.

Comparisons with other work produced in the mid to late 1970s reveal this isn’t prime Chaykin art, but, as noted, he’s packing one hell of a lot of story into the pages. It results in crowded panels, while Chaykin’s colouring on the first chapter is hardly polished, but the cast likenesses are first rate, and there’s great detail to the robots, spacecraft and costumes. He also sells the often frenetic action extremely well, while Steve Leialoha inks Chaykin’s pencils from the second chapter, and occasionally contributes more, the art clearer with his contributions.

It would take a definitive study to prove it, but give this to a boy in his early teens today and the high octane adventure will still thrill, and there’s not many comics from 1977 of which the same could be said. In this pocket version the story concludes in Vol. 2, but of course it’s also available in a larger sized single edition. 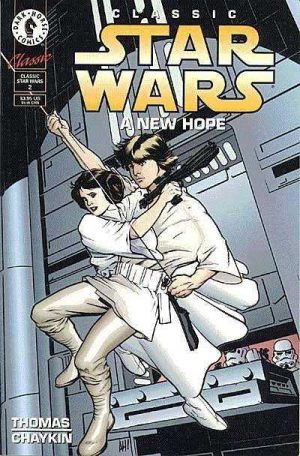