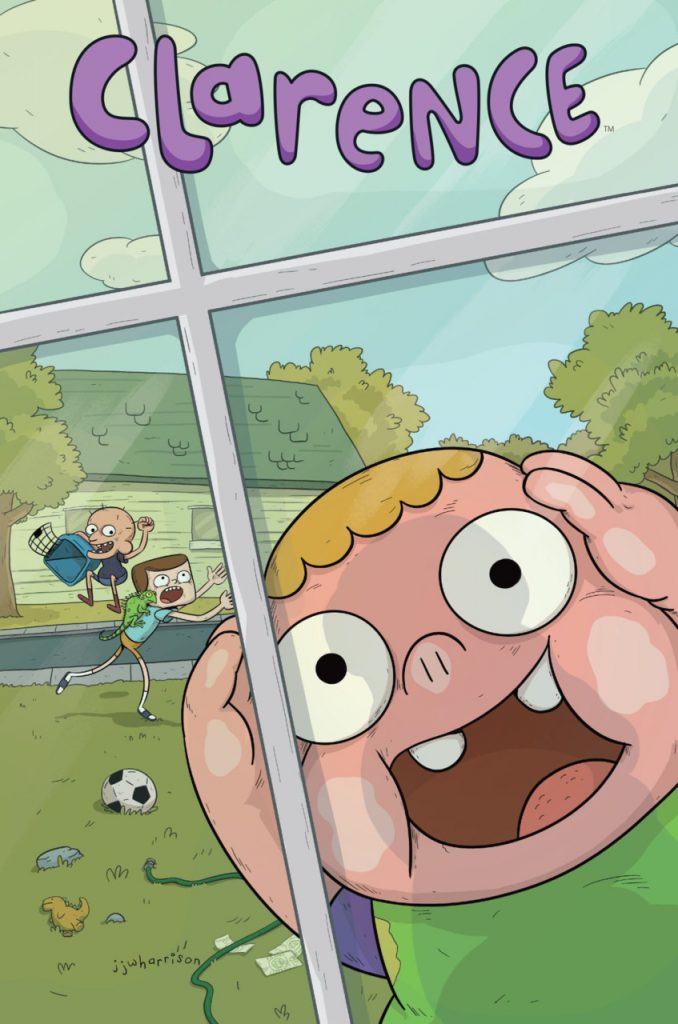 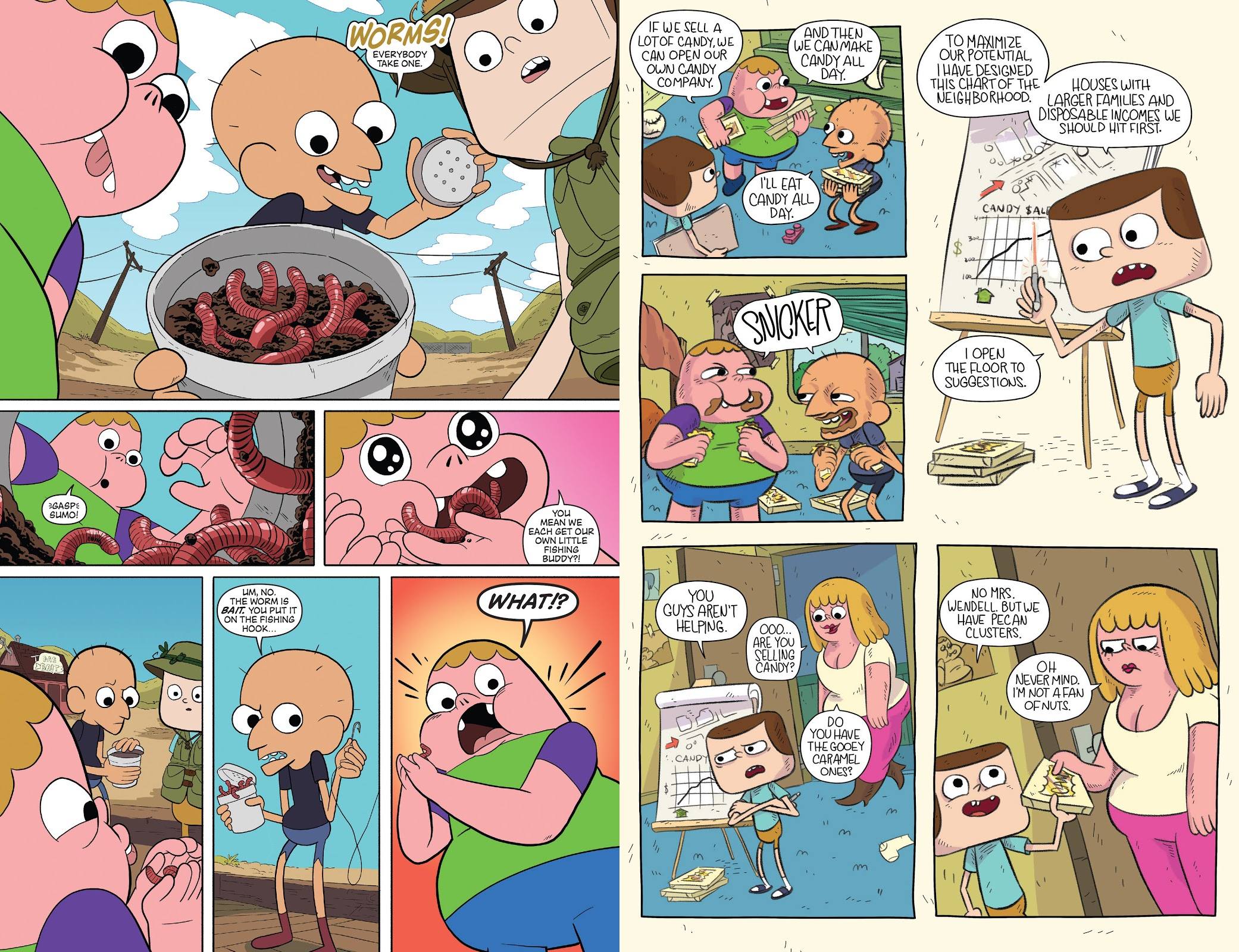 In hindsight, this is very much a prototype outing for Clarence in comics, yet successful enough to prompt three more graphic novels based on the Cartoon Network show. Those are all written by Derek Fridolfs, only responsible for around a third of this content, and instead of being one long adventure outing for Clarence and his pals Jeff and Sumo, it’s a collection of short stories.

The other writer, Liz Prince, seems to have a different idea of Clarence’s personality, supplying a child who’s far dimmer, although broadly good natured, and the mishaps originate from his stupidity rather than more organically. Her scripts are also often predictable, although the younger audience at whom they’re aimed may not anticipate the damage Clarence’s bowling ball will inevitably do. Her best strip is Clarence and friends wandering around a rubbish dump believing they’ve taken a trip in a time machine to the past. Fridolfs only works with shorter material, but is less predictable.

Both artists seem to be new, but Evan Palmer develops more quickly. He begins with awkward layouts and not quite capturing Clarence’s strangely shaped head from all angles, and progresses to decent cartooning defining the personalities of the kids. He presumably went on to better things, as it’s JJ Harrison who works with Fridolfs on the subsequent Chicken Phantom. His art also develops, but starts as not very good and ends up at basic. Both, however, capture the spirit of the animation.

While the actual content doesn’t set the world on fire, the potential of Clarence as a feature can be seen. It’s derivative, but the mixture of old school Saturday morning animation plots mixed with art that at one time would have been underground, not mainstream, does catch the eye. 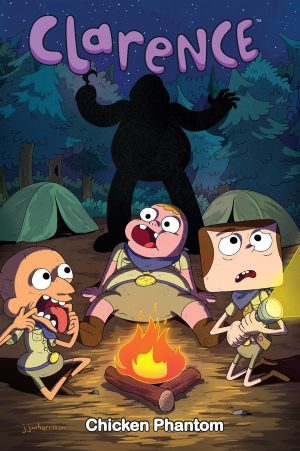