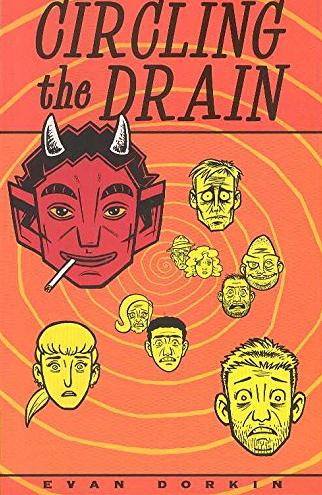 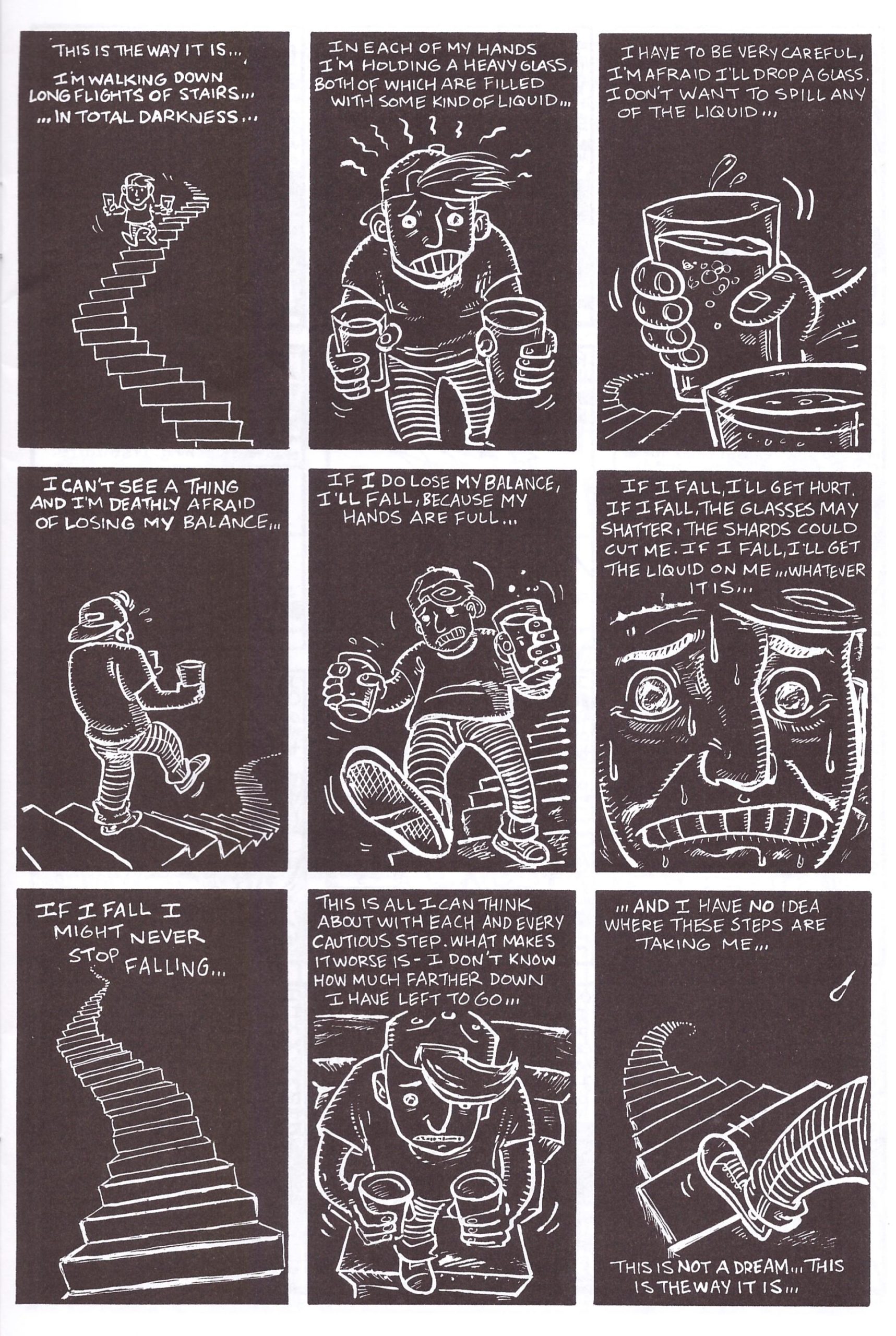 Who’s Laughing Now? contains a vast amount of acerbic and scathing, yet very funny observation from Evan Dorkin, occasionally offering some pointed self-commentary. Circling the Drain is where the self-deprecation tipped over into self-loathing. It opens with a remarkable combination of two strips created four years apart. ‘What Does it Look Like I’m Doing’ begins with a page of doodles, and segues into a relatively feeble joke after which Dorkin addresses readers directly before a page of bleak single panel gags that he interrupts. Another strip is aborted before the admission of the sample page. A few more half-hearted attempts at gag strips follow before another page of addressing readers. It’s a sad and reflective piece about people providing the audience laughter on 1950s TV shows that grinds to a halt.

The following pages descend into Ivan Brunetti style desolation, as Dorkin pulls himself apart, using his Devil Puppet character as a way in to discussing depression, therapy, anxiety and how this results in a block preventing him working. The ideas are coming, but he can’t express them as before. He even draws an attempted suicide. It’s heartbreaking, harrowing and yet also, as comics, brilliant. A strip in Who’s Laughing Now? accused most autobiographical cartoonists of living dull lives and having nothing to say. Compared with this, perhaps that’s preferable.

A further autobiographical strip is included, but otherwise the remaining content is much as we’d expect from the previous collection. There’s more ‘Murder Family’, the Devil Puppet strips are now titled ‘The Invisible College’ and there are dozens more single tier gag strips. The only real difference is that some strips are now in colour. This type of material was hilarious last time, and it’s still hilarious. Missing from the original comics are the Eltingville strips, some of Dorkin’s funniest work, about a group of obsessive fans. At the time a separate collection was planned, but it didn’t appear until 2019.

Rather than buying the two paperback collections now, a far better purchase is the reasonably priced Dork hardcover, containing all the material from both plus a substantial quantity of similar strips gathered from elsewhere.