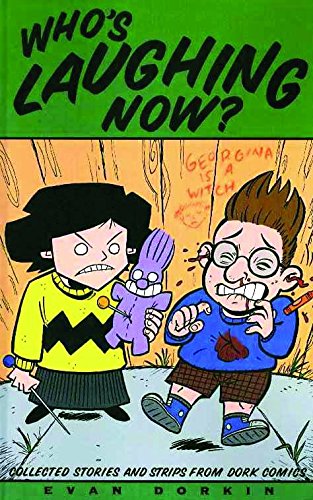 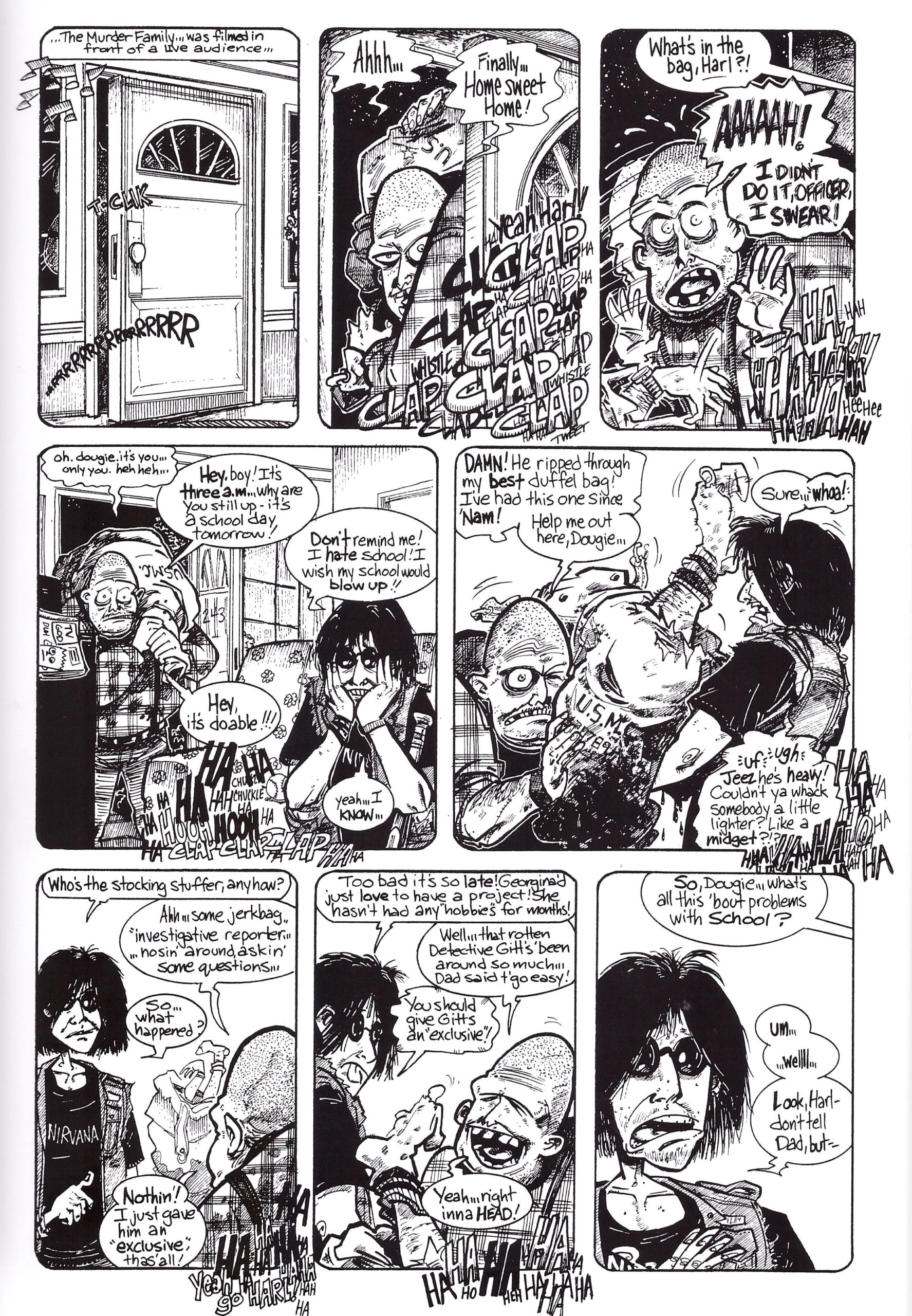 Evan Dorkin’s fertile creativity isn’t best shackled to a single series. Give him a venue where he can explode all over the pages and he’ll produce a scattershot of wonder and hilarity. Such a venue was the 1990s series Dork, where Dorkin filled 24 pages with whatever came to mind, and give or take a few strips where there are copyright problems and features collected elsewhere, this resequences the first five issues.

Dorkin’s humour veers from acerbic to slapstick, combined for ‘The Murder Family’, satirising the self-satisfied mediocrity of 1990s sitcoms, complete with push-button laughter tracks. It’s tasteless, puerile and side-splitting, and an additional joke bestowed by time is that a sitcom about a family of serial killers where even the cute little girl murders people to practice her taxidermy could probably be made now.

Another feature is the Devil Puppet, teller of tall and mysterious tales, funnier versions of the sort of EC morality plays where people who deserve it receive their just rewards. Lest it give the impression that Who’s Laughing Now? is a relentless parade of negativity, there are genuinely heartwarming moments, such as full pages illustrating Life’s Great Rewards, the small delights that enrich us all. You can decide whether a two litre bottle of Coca-Cola deserves its place among them or if it explains much about Dorkin’s creativity.

The four panel gag strips are a remorselessly efficient procession of title, set-up, escalation and punchline, some traditional, others insights into Dorkin’s unique mind. ‘My Ultimate Nightmare’ consists of Dorkin relating that it’s undergoing simultaneous throat and wrist surgery on a turbulent airplane infested with cockroaches. In the final panel he advises that we don’t ask how he thinks of such things. The second volume, Circling the Drain, offers a few hints for the curious. The majority of strips are one-offs, but a few work numerous variations on the theme, a standout being ‘Myron the Living Voodoo Doll’. It wanders the world having accidents while the punchline is always the person it represents experiencing the pain and vowing yet again that he has to find that voodoo doll. The ideas come thick and fast, almost every single one of them funny, and there can be eight to a page. It’s astounding, frenetic creativity shot through with self-deprecation.

Some of Dorkin’s targets have now faded well into the past, rave culture being an example, but there’s such a density of content that relevance is an irrelevancy because 90% of what’s here still hits the spot and transmits the joke whether or not the reference is obvious. In 2017 this was combined with Circling the Drain in the hardcover Dork.