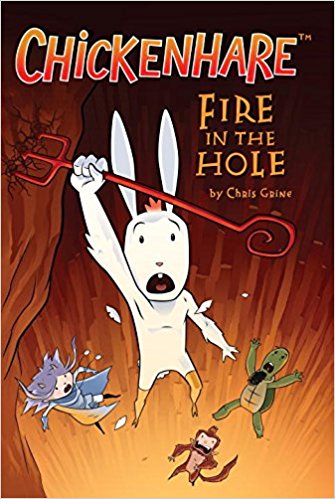 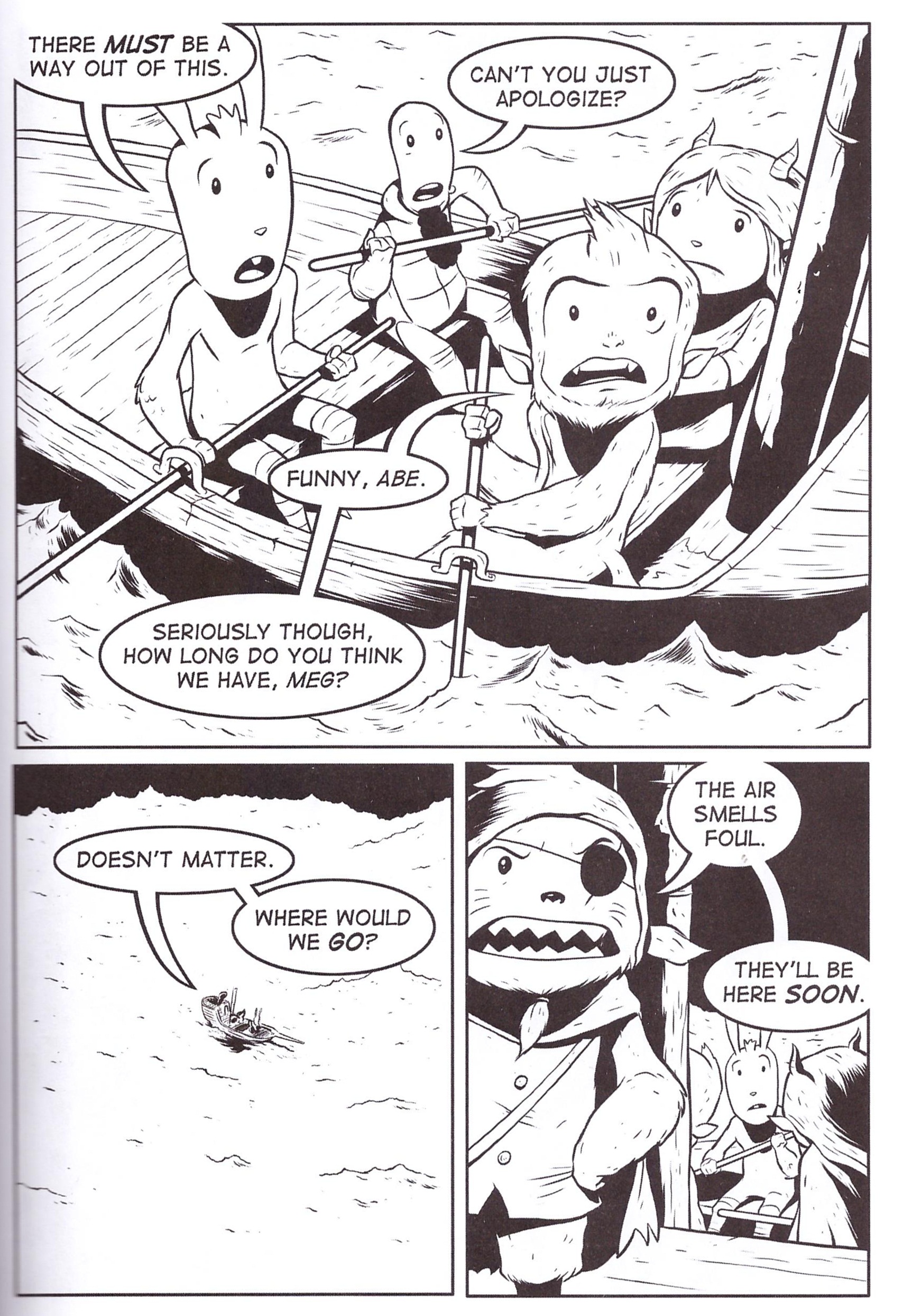 It’s no surprise to read a supportive quote from Jeff Smith on Fire in the Hole’s back cover, as the one obvious touchstone for Chris Grine’s all-ages fantasy is Bone. Grine has produced a similar mix of the competent, and the willing but novice helpers with eccentric companions up against a seemingly unconquerable threat. Pluck and determination are the order of the day.

What’s immediately apparent, however, is that Chickenhare falls far short of Bone’s near universal appeal, and that’s down to Grine’s art. The simple manner in which he illustrates his eccentric leading cast is endearing, but his page compositions are resolutely one-note. There’s nothing of Smith’s lush backgrounds, atmospheric shifts in weather patterns or sense of scale. Grine tells his story almost never moving the viewpoint out further than a full figure, and the vast majority of the panels are head and shoulders shots. Time and again what could be a tense or dramatic scene is diminished by the insistence on maintaining this fixed view. It’s as if Grine is so wrapped up in moving the plot forward that he’s never considered the visual impact, and more effective editing would have identified this. The very few scenes that depart from this fixed method, such as a riot in hell, are welcome relief.

Fire in the Hole continues from Chickenhare’s début in The House of Klaus. As it opens the lead cast are adrift in an open boat with demons searching for them, and they rapidly become separated. Chickenhare, so named due to being a hare with a chicken’s legs, and the monkey Banjo set out to rescue their companions from an all-ages equivalent of Hell, along the way learning much about their allies. Grine’s writing is good. The plot offers thrills and twists, never falling into predictability, although there is a tendency to pull a rabbit from the hat on too many occasions. This will be glossed over by any child into whose hands the book is placed, and they’ll probably enjoy the mixture of simple heroic characters, all-ages thrills and daft jokes. With more considered art, though, it could have been so much better.

With one mission concluded, the book ends with another looming, but despite a following volume being solicited, it was never published.