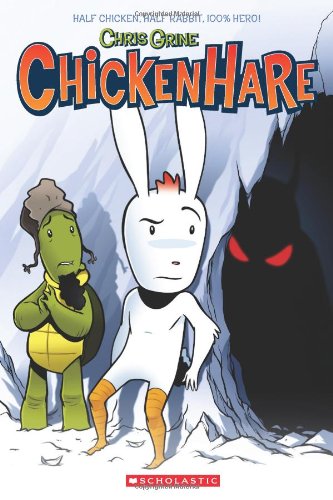 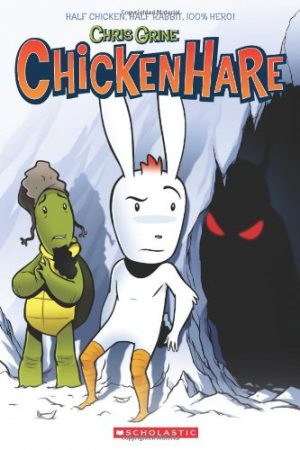 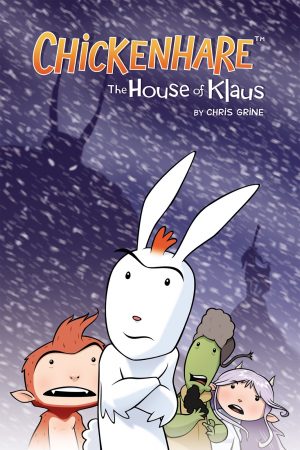 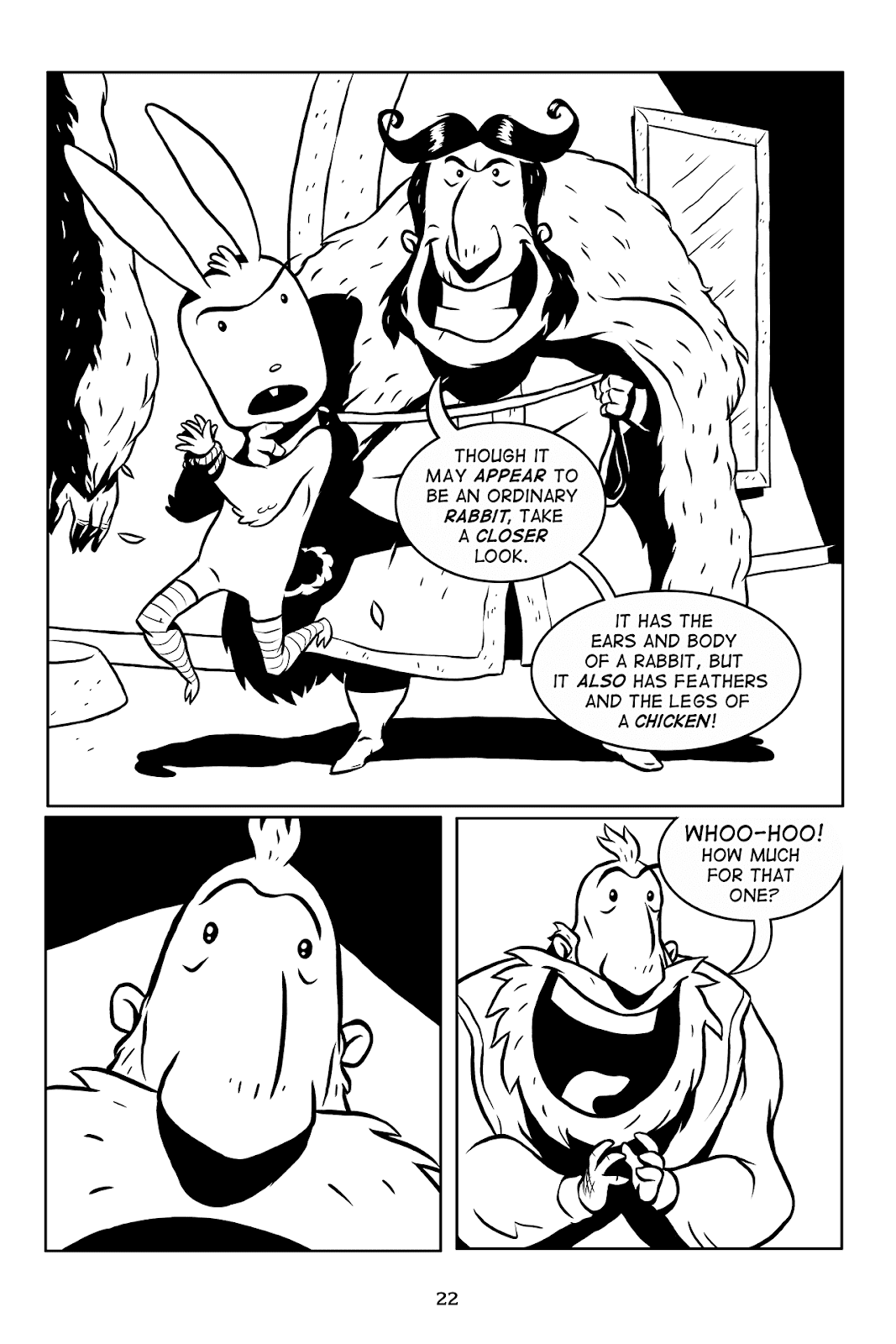 Chickenhare: The House of Klaus

Perhaps the title will bring to mind Santa, cuddly bewhiskered dispenser of toys to children who’ve been good every Christmas. Well, this Klaus has the whiskers, but there the similarities end. He’s a collector of exotic animals, all of whom he abuses, generally to the point of death, after which he has them stuffed. A Chikenhare then is a prize indeed. While he’s producing what’s broadly an all-ages adventure, Chris Grine nonetheless opens in sinister mood.

Grine’s cartooning is very attractive, big cheerful portraits of the cast, who’re simply drawn in black outline, leaving a lot of white space on every page. The style is also influenced by Jeff Smith’s Bone, but while the characters look nice, there’s very little in the way of background. A few shots of the main cast seen in the distance, their shadowy outlines broken by snow are really striking because they look a little different, and greater artistic variety would be a big step forward. Smith’s influence moves beyond the art as Grine is aiming for a similar form of grand adventure. Grine again falls short, though, because he doesn’t have Smith’s facility for mining down to what’s essential in a scene, and everything in Chickenhare takes so long. For the story to work it needs the already captured Chickenhare and his pal Abe to meet two other characters and escape from Klaus’ house and henchmen. This basic set-up occupies the best part of sixty pages, by which time we’re almost halfway through The House of Klaus.

The remainder continues in the same vein, inventive, but only enough plot to fill half the page count, and because the drawing’s nice, this is disappointing. Chickenhare’s adventures continue in Fire in the Hole. 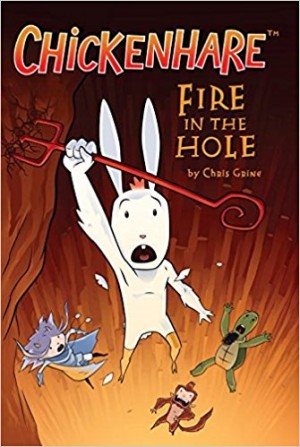 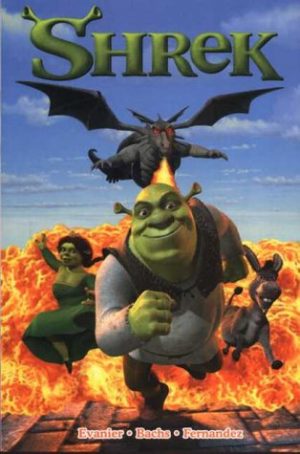 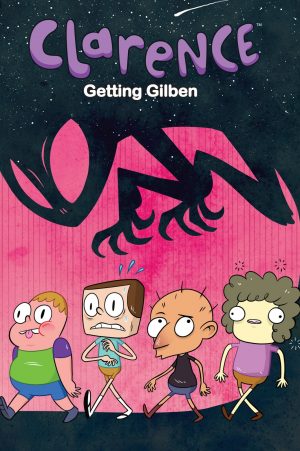 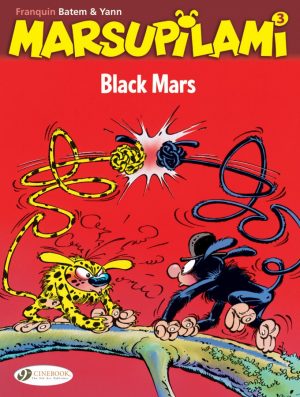