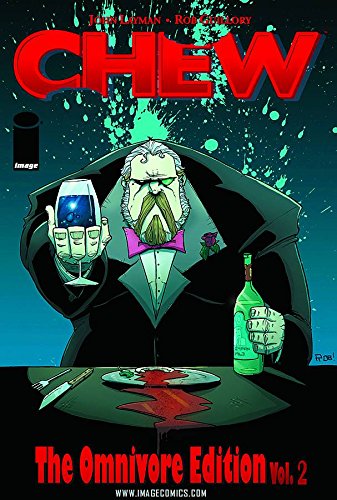 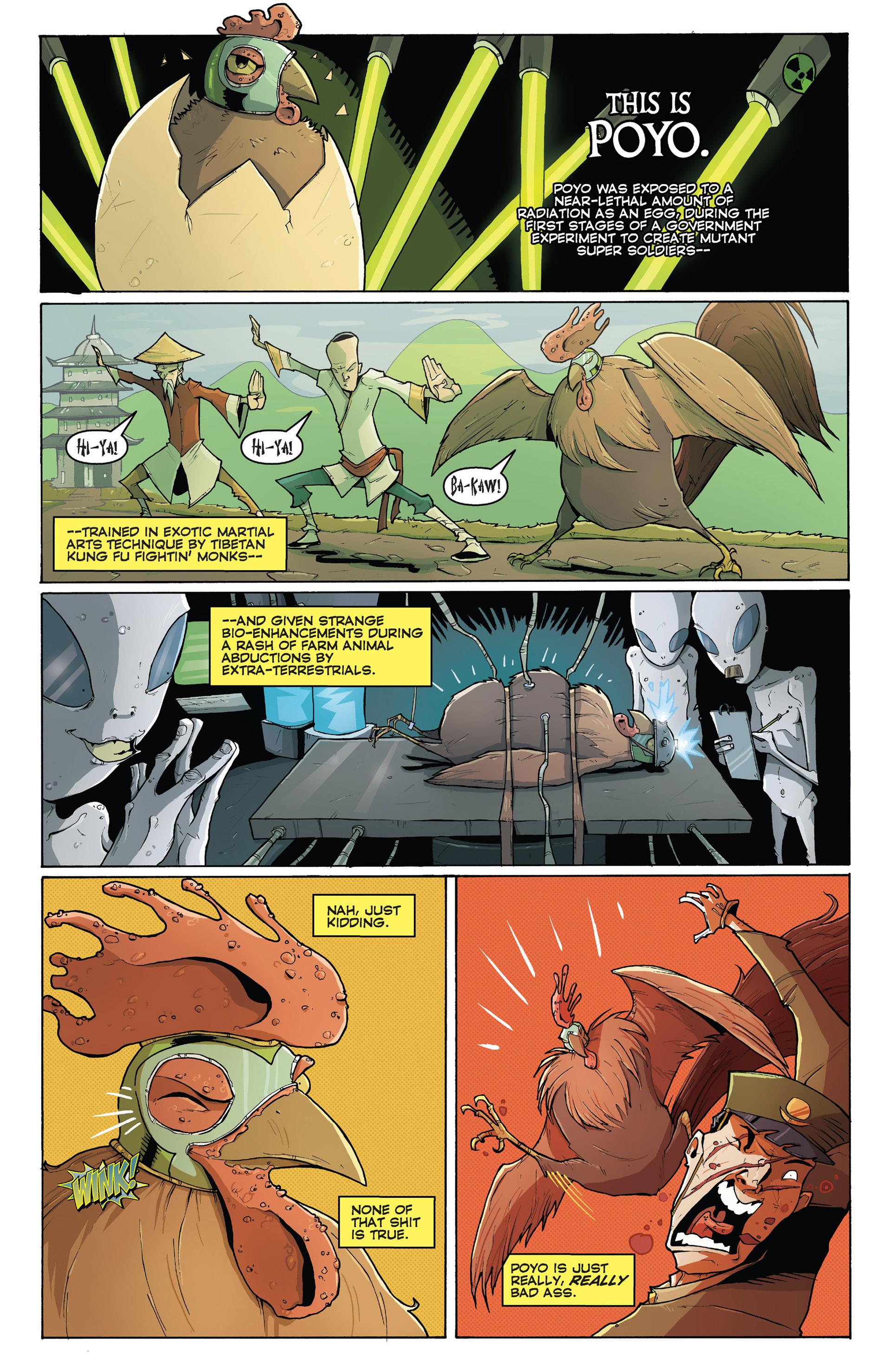 Chew began well and continues to provide a plateau of comedic entertainment as Tony Chu’s world complicates exponentially. He’s a cibopath, able to absorb the background of any food he consumes (apart from beetroot) working for a vastly empowered Food and Drugs Agency in a USA where poultry has been outlawed after 23 million citizens died in a bird flu outbreak.

We’ve already learned that Chu isn’t the only person in the world with food based powers, and now meet several more. We also learn that writer John Layman doesn’t introduce new characters for passing plot convenience, with even the most ridiculous, in this case a masked fighting chicken, serving a larger purpose and due a return. Actually, that’s rather doing Poyo down as he serves his place within the plot, but his primary purpose is to permit Rob Guillory to let loose with some wonderful pastiche spreads. These begin here, but it’s not until the next volume that the idea is developed into faux film posters.

As seen from the sample page, another of Layman and Guillory’s specialities is the amusing one page summary of their cast to bring new readers up to speed. That’s needed as we finally meet the entirety of Chu’s family. We’ve already been introduced to his cheery sister Toni and his temperamental brother Chow, but a couple of surprises await. Actually, that applies to pretty well any individual chapter such is the quality of the writing.

Chew was Guillory’s first major series, but you’d not know it from the confidence of his layouts and the sheer exuberance he brings to pretty well every scene he illustrates. For all the jaw-dropping comics nastiness at times, Chew is fundamentally an optimistic series and Guillory plays his part in this with his designs for characters who’re very likeable.

That doesn’t necessarily apply to the forbidding looking gentleman on the cover, who’s Mason Savoy, with his own food-based talent and a furtive agenda. Whether he’s really working for the forces of good is a conundrum perpetuated for a couple of volumes yet. With lines like “Remember you are alive today purely because of my boundless generosity”, he hardly sounds the soul of human kindness. What is certain is that he knows more than he’s saying about both the mysterious alien writing that comes to circulate the planet, and the possible Eastern European vampire.

This was previously packaged as paperbacks titled Just Desserts and Flambé, but if you’ve not yet begun Chew you should seriously consider just picking up these hardcovers. The series is a keeper.