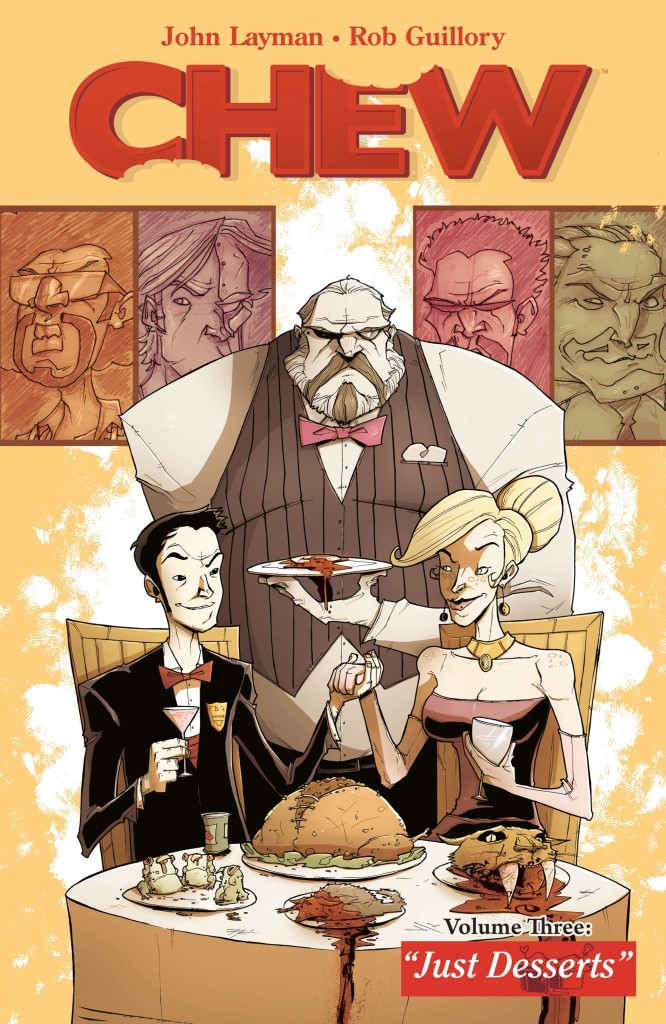 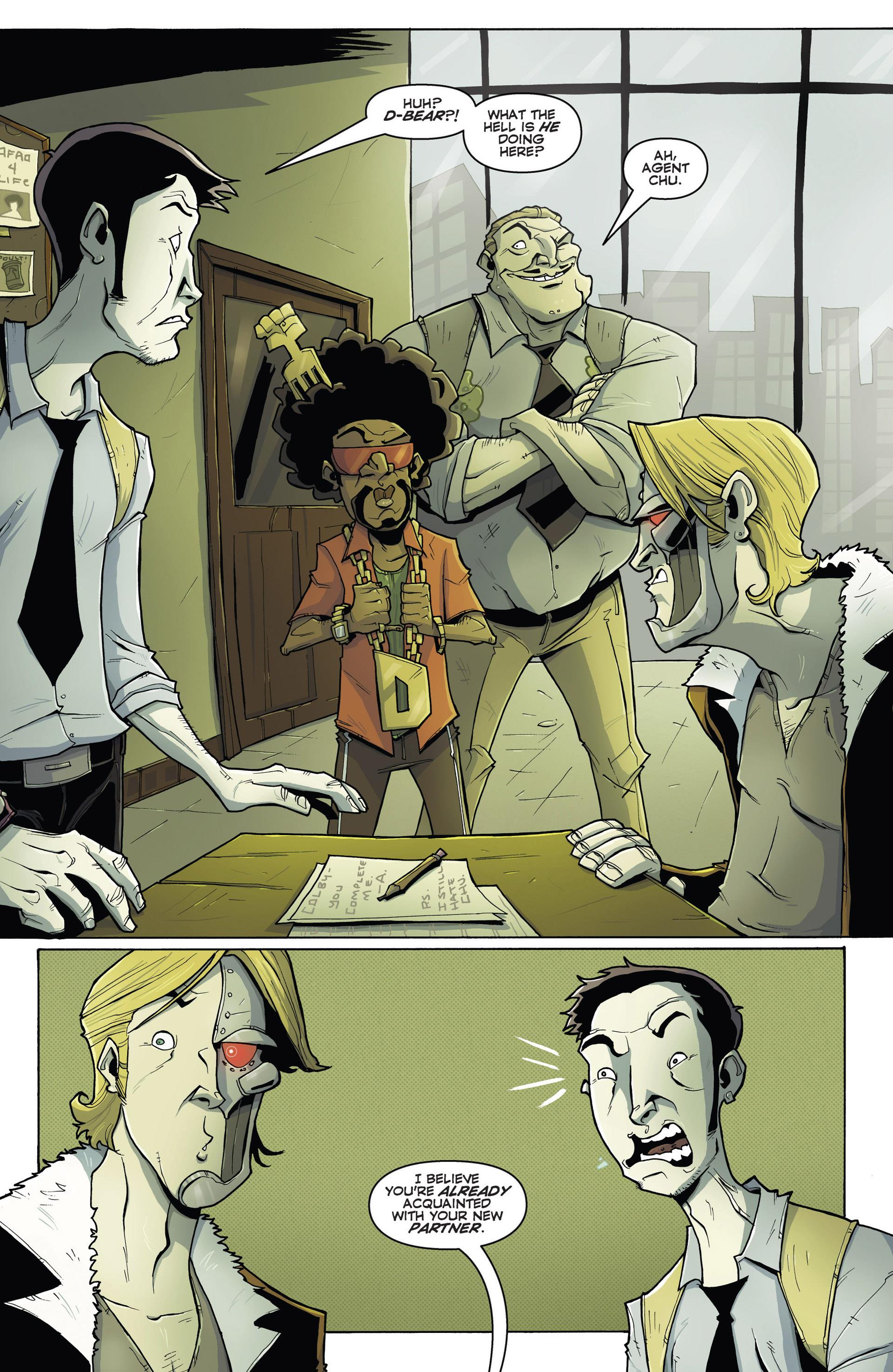 Tony Chu is gritty, brave, and determined, but the unique talent making him a desirable FDA employee is that of being able to taste anything organic and discern its past. This isn’t as desirable as it might sound, but he does get a free pass with beetroot.

Only three volumes in and it’s become clear that John Layman doesn’t introduce a character for the short term. Several of those previously seen turn up again here, down to a one panel cameo for the burger joint kid from the opening book. Take the fighting chicken Poyo, last seen in the previous International Flavor. As funny as a masked chicken was, it was surely a whimsical insertion, right? Well, um, no. Poyo has a decisive role to play in Just Desserts. We’ll leave the others as surprises.

Layman also confounds expectations with regard to Chu’s relationship with Amelia Mintz. Given the nastiness he’s thrown at Chu to date, surely no-one thought it would run smoothly, yet smoothly it runs. Up to a point. That’s not the case for the remainder of his life. Layman’s been coy about Chu’s life outside work, but is so no longer. We’ve already met brother Chow, and are now introduced to the entire family in all their dysfunctional glory, and then there’s former fiancee Min.

His partner John Colby is on top form: “One of these days I’m gonna beat him in the face with butt of my service revolver until an eyeball pops out. These are the thoughts that keep me happy.” Yes, there are anger issues, but for all the violence and deep black humour, Chew is a cheerfully optimistic title, and good natured sequences contrast the nastiness for a unique blend.

Rob Guillory’s art is great. It’s angular cartooning, yet emotionally satisfying. You can tell Guillory’s having fun, and while the whole tells a story very effectively the individual images bear looking at rather than just flicking your eyes over. Also included here is the superb fold-out cover to what was the fifteenth issue, pastiching Leonardo DaVinci’s Last Supper. Sadly, it’s printed here over a single page and a spread rather than in all its glory. By the end of this book we’ve met almost everyone featured, some of whom are destined to play a larger part than they have to date.

We’ll see how that goes in Flambé, as Just Desserts concludes with rather a killer surprise. Both are also available combined in hardcover as the second Omnivore Edition.