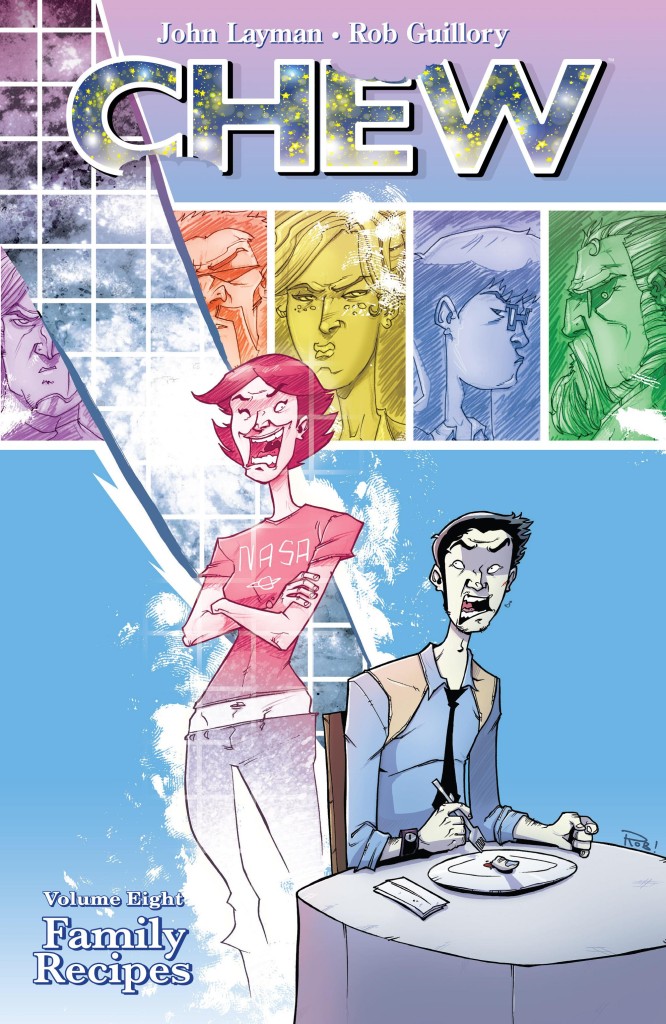 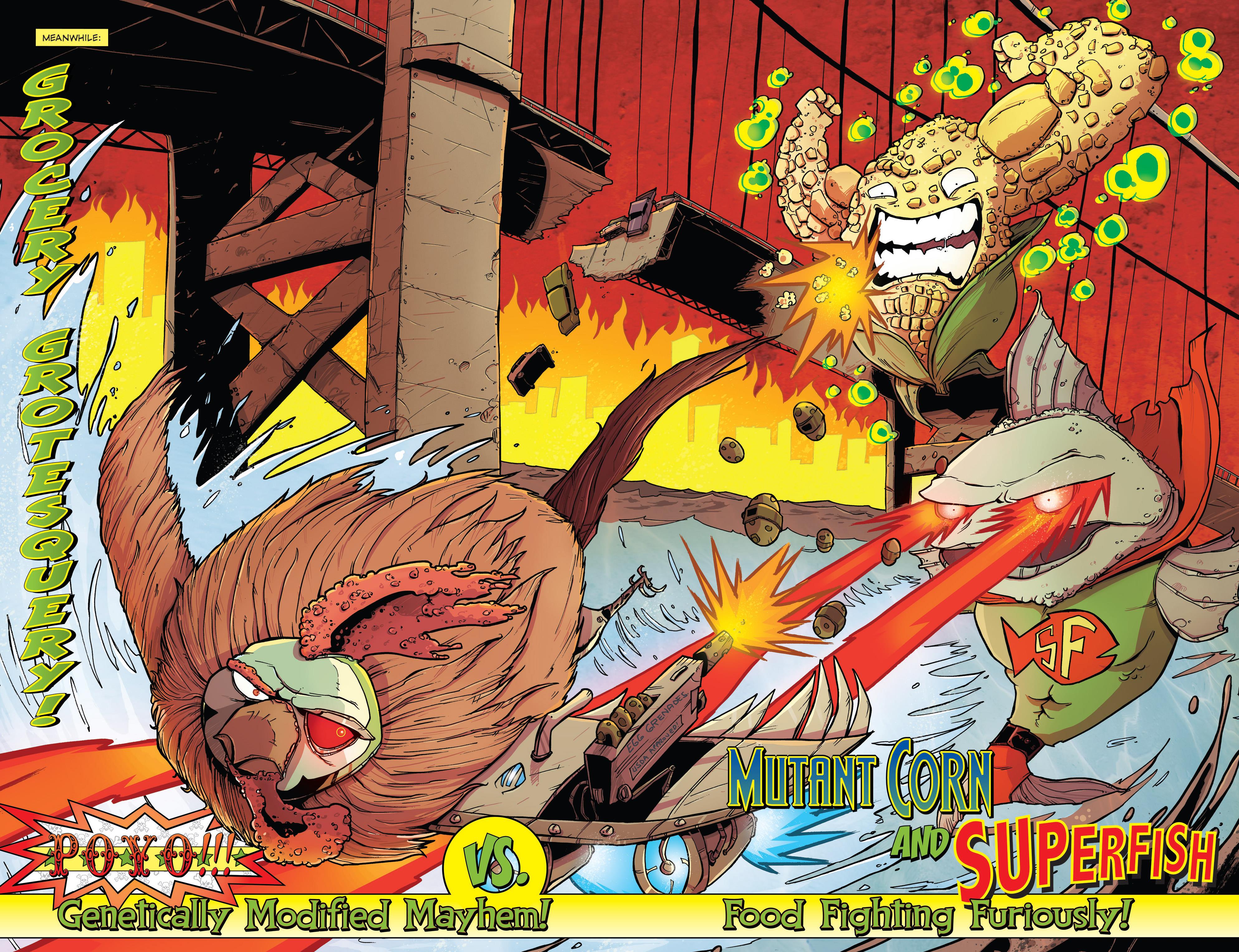 Throughout the run Chew has presented complete gross-out moments cheerfully illustrated. A chopped-off toe with a purpose featured previously, and another was introduced as Bad Apples concluded. Here we open with how that occurred.

The title indicates a look at Chu family members. We’ve already seen that several have food-related powers, so it makes sense that others have also. Sage has so far been a minor character, but cipropanthropaticry is her talent, the quality of being able to tap into the memories of anyone in the vicinity consuming the same dish. Sitting behind a gangster in a restaurant makes that somewhat of a bummer of an ability.

Tony Chu’s appearances are fewer here as other family members take precedence, including his dead wife, but that’s no bad thing as the manner in which John Layman scripts them renders them equally fascinating. Chu’s daughter Olive is taking a greater role, as a form of reconciliation ensues, and Toni (not to be confused with Tony) is her usual charming self.

Elsewhere Layman is on great form as he presents the most preposterous concepts in perfectly convincing fashion. There’s the customary selection of ridiculous crimes put to bed, and we’re introduced to the inmates of a prison specifically to contain those with food related abilities. There are some doozies introduced here, such as the guy “able to produce flatulence more powerful than the 14-kiloton bomb”, and someone who’s a specific target. And once again Layman makes good use of characters seemingly introduced for convenience way back.

A recurring aspect of Chew is Rob Guillory letting loose with a two page spread mimicking a film poster and featuring Poyo, the lethal rooster and it’s about time one was selected as the sample illustration. Every one throughout the series has been as preposterous and hilarious. That’s a fair comment about Guillory’s art as well, specifically towards the end of the book, where Chew takes a weird turn. Yes, that’s like saying bears are catholic, but it takes a weird turn even by the standards set so far. Are you ready for cartoon animal Chew?

This is top-drawer Chew, and you’ll want to head straight to Chicken Tenders.