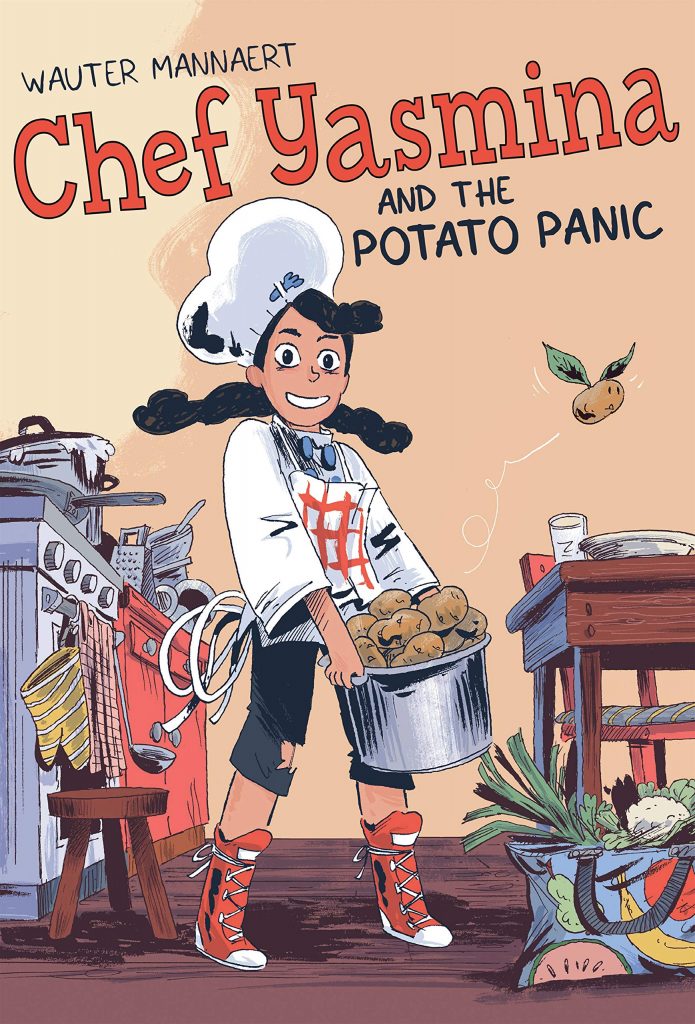 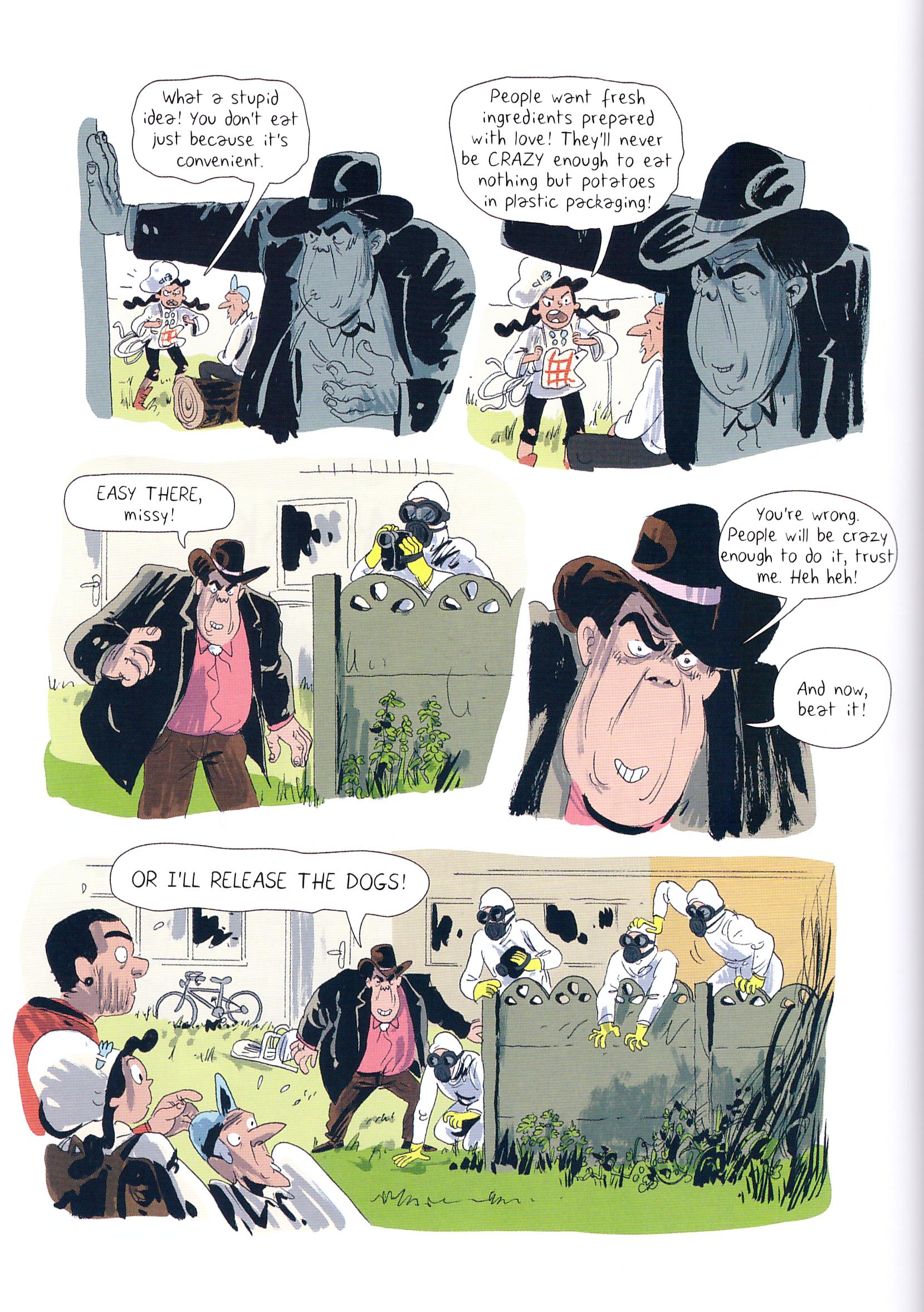 Chef Yasmina and the Potato Panic is a creatively stimulating and appetising story built around the idea that vegetables are interesting and tasty, often a very hard sell to the youngsters at whom Chef Yasmina is aimed.

Yasmina and her father live in an apartment block, where she delights in cooking complex recipes for his tea and preparing intricate packed lunches for him to eat at the fast food restaurant where he works, sourcing her vegetables from the two combative owners of neighbouring allotments. Wauter Mannaert draws all this in a delightful loose style, big on expressions and movement, highlighting a fast pace by not using any panel borders, and telling a fair portion of the story without words. It enables inventively presented visual gags, such as Yasmina’s father always carrying the stench of chips around with him after a day at work. Yasmina herself is immediately likeable, and the sample art shows her first meeting with the landowner developing a form of genetically modified potato, although it’s never named as such.

Mannaert tells the story in the broad strokes of indicating big business is evil, but he builds the problem well, and plants the seeds of the solution early. This is a fable, showing what can go wrong if too much faith is placed in modified food, but Mannaert avoids preaching and thereby maintains the spirited adventure. It is one of those stories where the evil big boss roams the factory floor micro-managing, and therefore renders themself a target, and as per all fables, no good comes of underestimating the people who care.

After the main course there’s the dessert of the bonus pages, in which Mannaert explains some things about Belgian culture, and how he came to work on the story. Incredibly, it’s his first colour comics work, but he really nails that without ever taking the easy route.

Yasmina is a delightful lead character, and this is a book adults will enjoy reading and explaining to younger children, while older children can save the full joy for themselves.