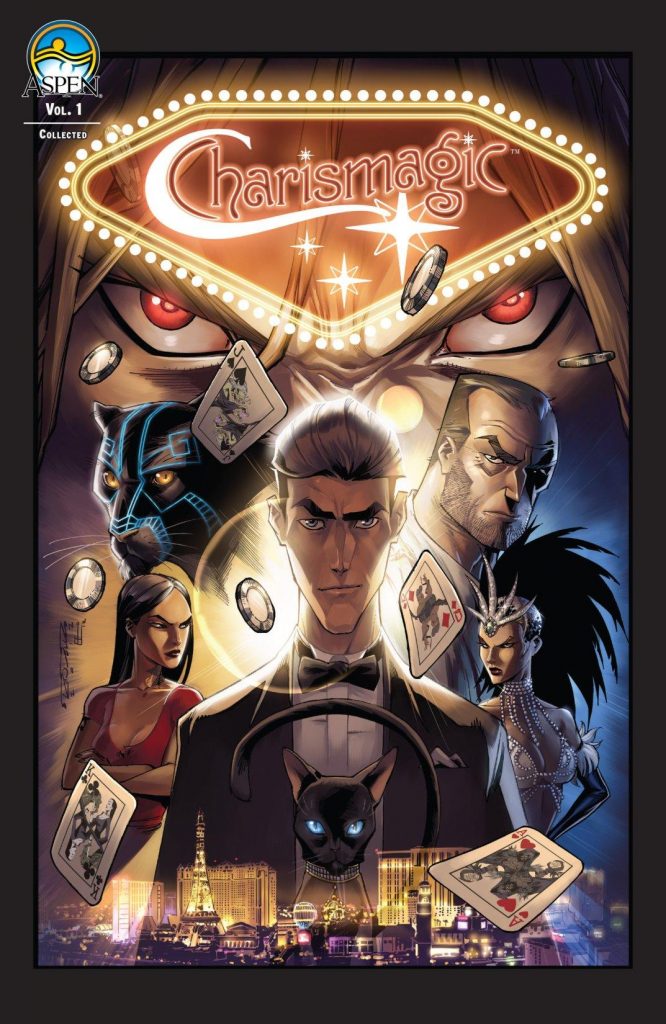 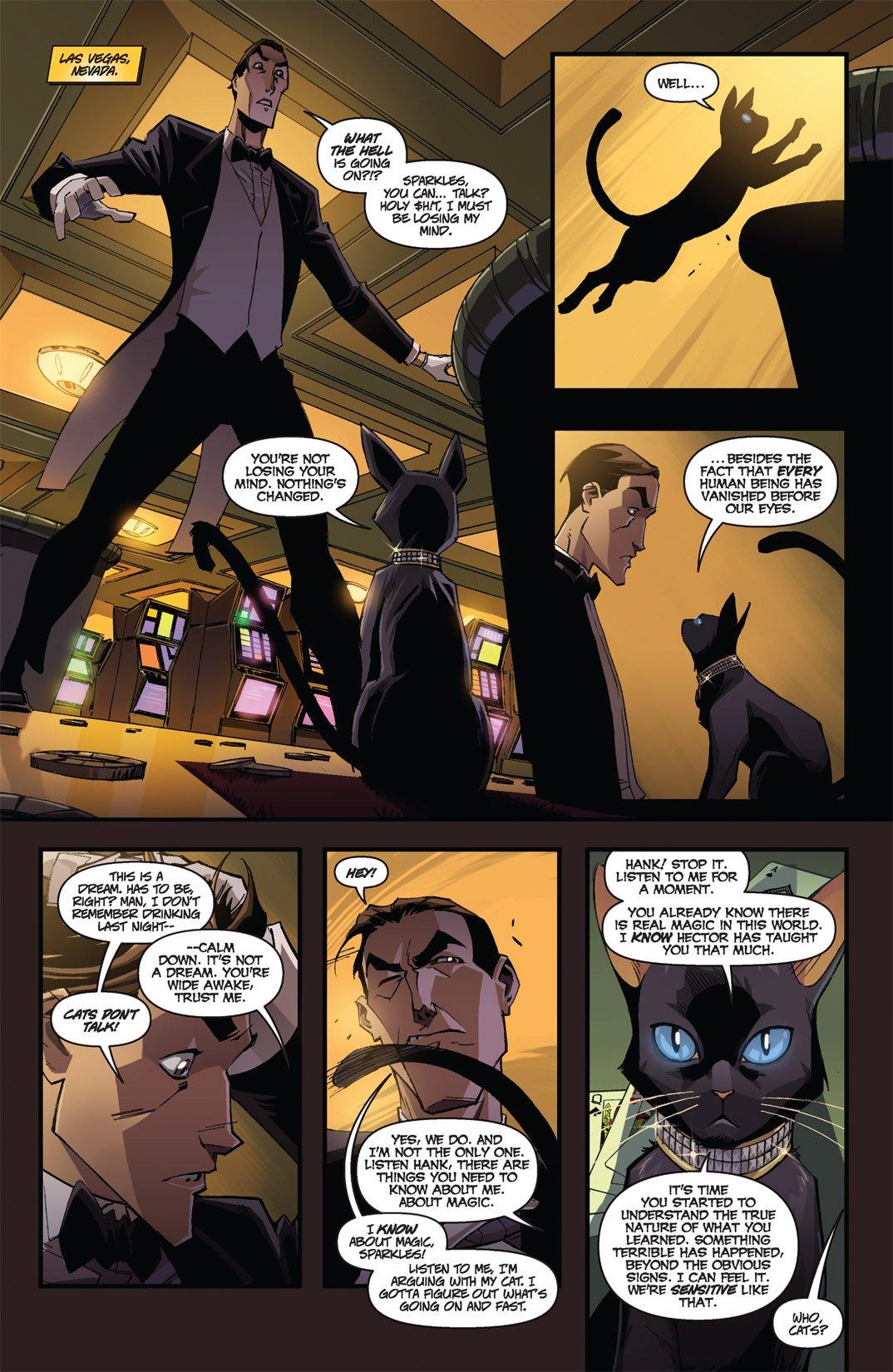 If it came right down to it, would you want the fate of the world to depend on a Las Vegas stage magician calling himself Hank the Magnificent? Well, that’s not your choice, and Hank it is. Because he’s in the middle of a disappearing trick at the time, he’s the only human not transported away when a malign ancient force returns to Earth after centuries of imprisonment in another dimension. All that remains on Earth, apart from Hank, are those mystical beings who’ve been concealed among humanity for centuries. Hank has his cat Sparkles, newly discovered as talking.

Having introduced the set-up, Vince Hernandez then begins to expand the cast. Samsun, said malign ancient force, quickly establishes his place atop the pecking order of mystical beings left on Earth, his priority being to sort out the person who defeated him before, Kon. Sudana is a druid, able to see the potential in Hank, as did Hector, his former mentor now trapped with Hank’s girlfriend Allie in the mystical dimension. Hernandez switches between the assorted characters establishing how bad the situation has become and gradually revealing to Hank, and by extension the audience, how it is that he can put matters right.

A point is made to credit Khary Randolph for character designs as well as the illustration, which is puzzling until the cast reach Costa Rica. Before then it’s not taken any great imagination to design the cast and their environments, but the introduction of Dalgo is something special. It needs the colouring of Emilio Lopez (who also helps out with the art) to really bring the effect out, but it’s great. Otherwise Randolph has an effective angular cartooning style, but leaves Lopez to provide the depth with colour, which is unusually bright.

Hernandez doesn’t spend much time on his dialogue, a lot of it being awkwardly phrased, but the necessary points and the desperation transmit. There’s a neat solution to the problem of Samsun, but Hernandez plays his hand too early, and once it’s revealed there’s little to sustain the story until the inevitable occurs. It all leaves this opening volume of Charismagic as a neat idea that might have been better handled. Next up is The Death Princess, introducing a new character, before the stories merge in Volume 2: Golden Realm. All are collected in the (so far) digital only Charismagic Omnibus. 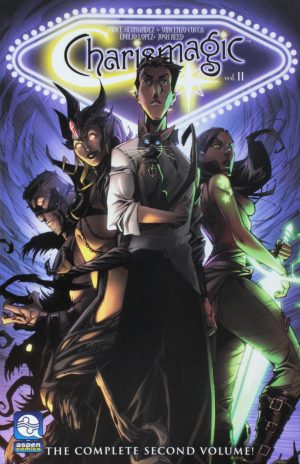 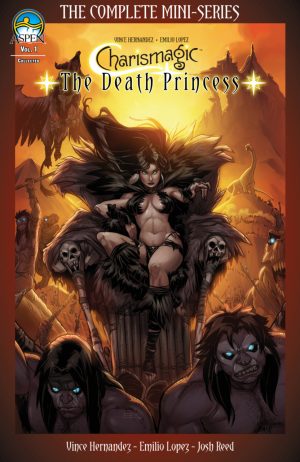