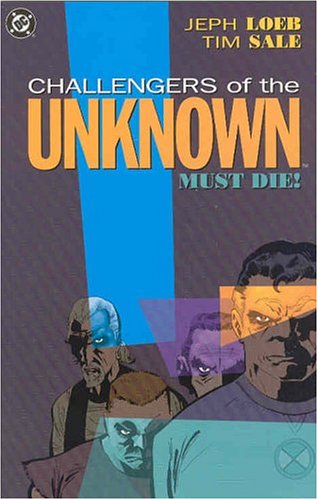 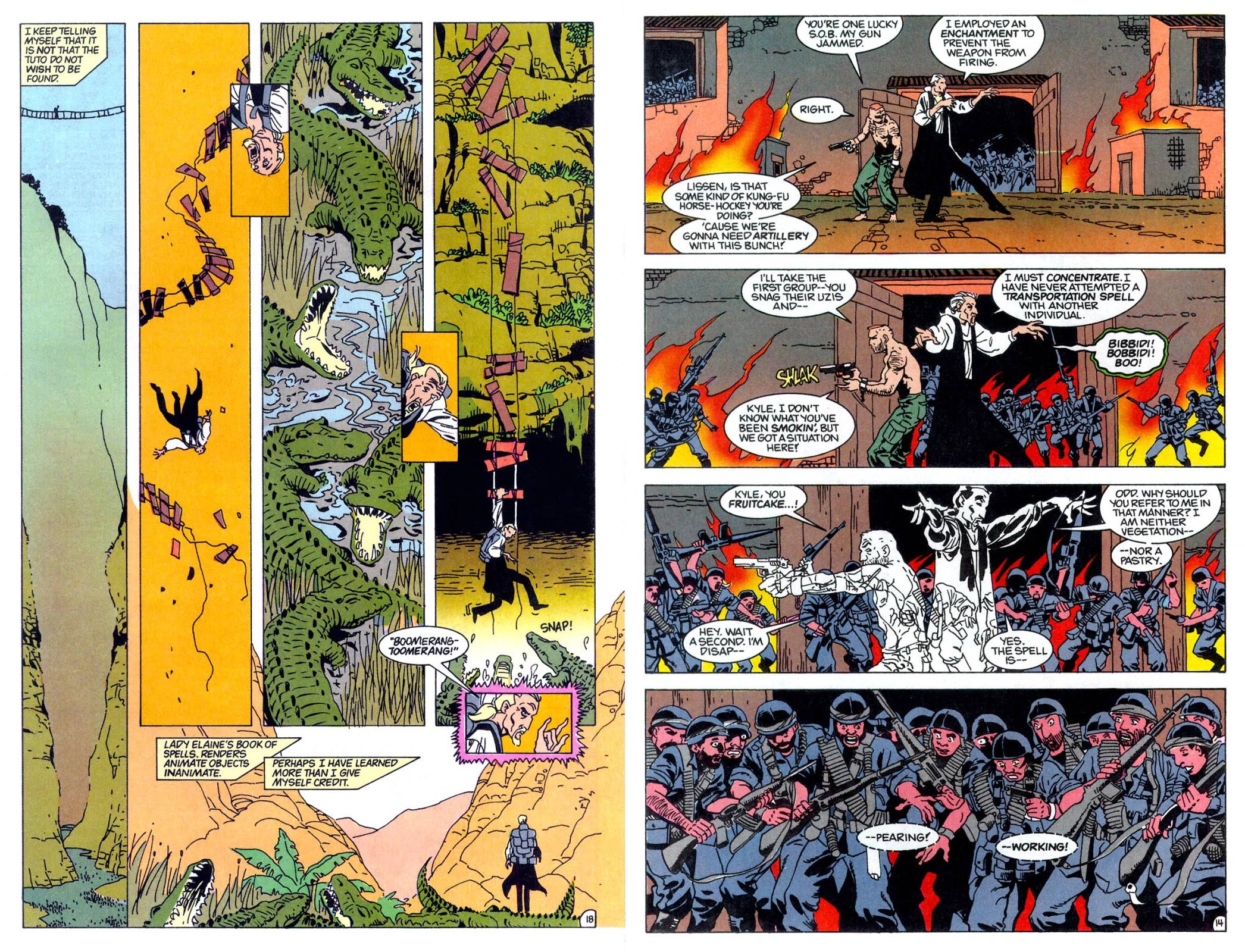 The Jeph Loeb and Tim Sale creative team is now a classic, with plenty of first rate collaborations to their names (see recommendations), yet in 1991 Sale was a novice artist, Loeb was a TV writer unknown to comic readers and everyone had forgotten about the Challengers of the Unknown. To refresh memories, these were four men, human but with special talents from different backgrounds, who survived a plane crash and pledged to use their borrowed time for the benefit of humanity. Jack Kirby introduced Ace, Prof, Red and Rocky, and there’s a collection of his energetic early material, in which he also provided a fifth Challenger in Dr June Robbins.

As extrapolated by Loeb and Sale, in the present day Challenger Mountain, from where the Challengers operate, has prompted the growth of an entire town dedicated to their exploits. Until it all goes to hell. Loeb writes a fall, further fall and rise arc, but with the sophistication of a TV drama, something comics hadn’t seen much of in the early 1990s and which still reads well, Loeb wanting to impress on his first comics gig. There’s an attention to detail as he supplies deeper characters now searching for something different, and real world values, accountability the first among them. While superhero time is infinitely compressed, Loeb tells us that the fall part of the story takes place over a considerable period, enough for at least six movies to be made, for instance. During that time the individual Challengers change, quite shockingly in one case. It’s interesting that DC at the time had concerns about featuring Superman in what’s a great cameo, yet none about another hero murdering young taggers.

It’s early work, so Sale would have drawn a few things differently later in his career, but this is a bravura performance breaking down a complex story into consistently interesting viewpoints and small segments amid some still fascinating page designs. Crediting him for “sets” on one chapter is accurate. The sophistication of the left sample page is gloriously achieved, as is symbolism, mysticism, reality as we know it… Sale’s called on to supply multiple exotic locations, and they’re all believable.

We spend a lot more time with the Challengers as people than ever before, their previously largely unexplored personalities extrapolated into new areas, and the only villain of old has just two small, but vital moments. It’s a Challengers of the Unknown story like none beforehand, but completely true to them, just taking a different approach. It’s also probably for the best that it stands alone, as while everything works for a one-off, where some of the cast are left at the end is an invitation to the lazy writer.

As if a great story and compelling art isn’t enough, you can play the game of spotting the throwaway 1980s music and comics references (Replacements, A Tribe Called Quest, Reid Fleming). There’s also the bonus of a Loeb and Sale strip never previously published, twelve pages of comedy mayhem explaining a now long forgotten and irrelevant continuity detail with the help of the Justice League.

Challengers of the Unknown has been revived several times since Loeb and Sale’s makeover, but theirs remains the gold standard. Just ask Brian Michael Bendis, who supplies an enthusiastic introduction.