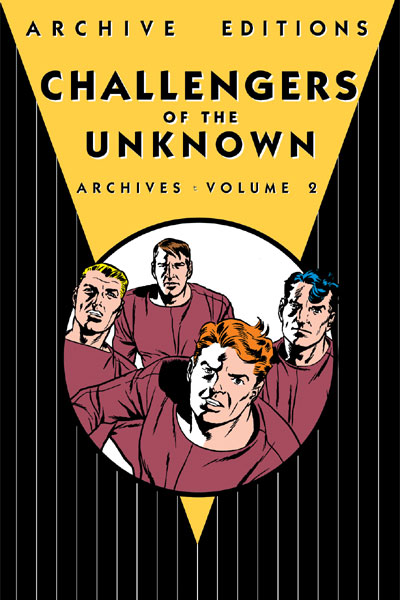 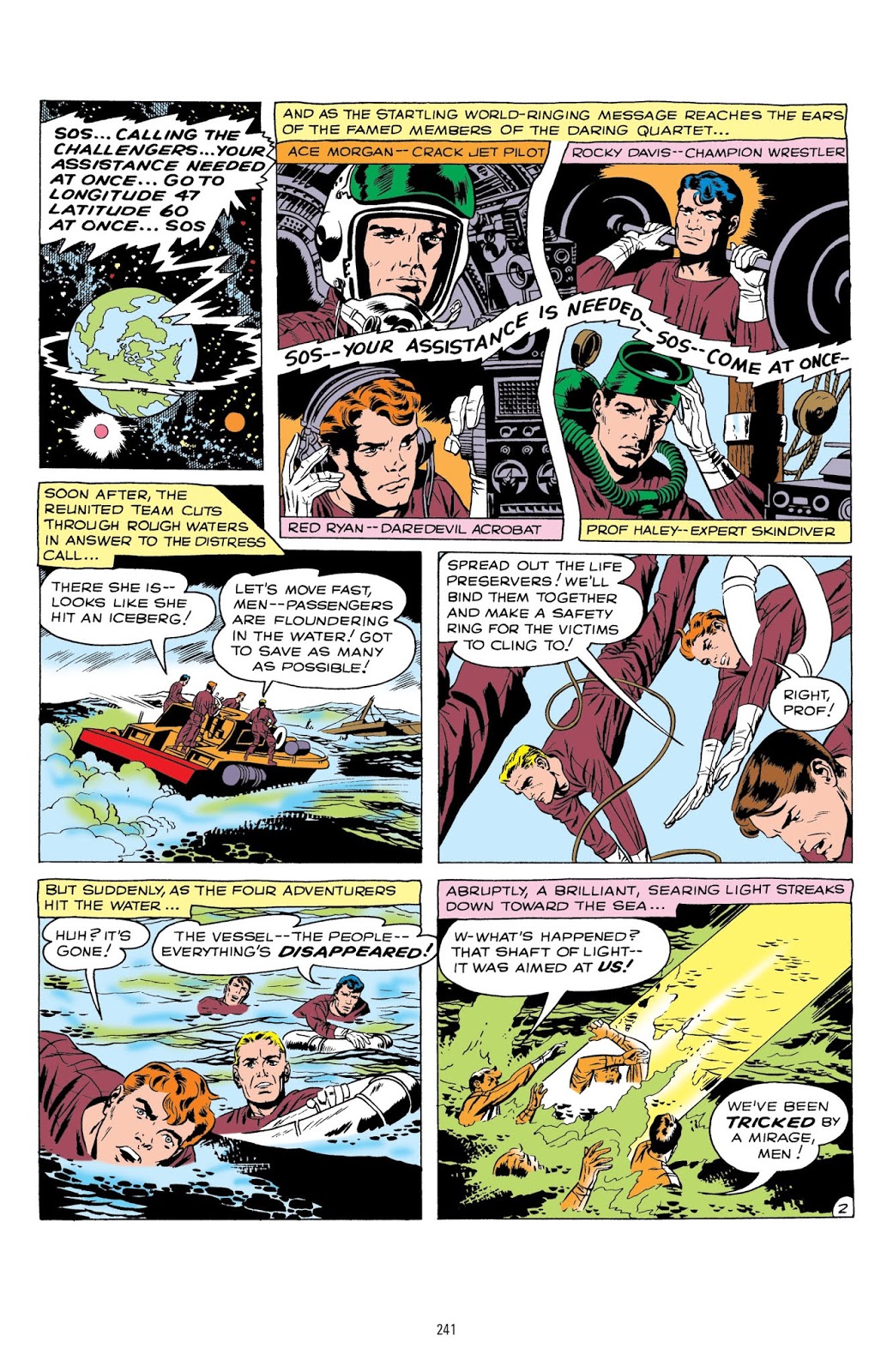 Challengers of the Unknown Archives Vol. 1 introduced Jack Kirby’s groundbreaking mystery/adventure concept, and this collection sees the first fantastic foursome crush villains and monsters, voyage to distant worlds, exotic lands and even crack the time-barrier. The Challengers would follow the Kirby model until cancellation in 1970, but the writer/artist resigned at the height of his powers, and this volume only reprints the remainder of Kirby’s work from 1958 and 1959.

We kick off with the eerie ‘Secret of the Sorcerer’s Mirror’, as the team pursue criminals whose magic looking glass can locate deadly ancient weapons. Undoubtedly more intriguing for fans and historians is ‘The Menace of the Invincible Challenger’ wherein team strongman Rocky Davis is rocketed into space only to crash back to Earth with strange, uncanny powers. For years the obvious similarities between this group – and especially this adventure – to the origin of Marvel’s Fantastic Four in 1961 have fuelled speculation. They’re both similar and different, but equally enjoyable, so read both. In fact, read them all.

Artistic perfection arrives as the brilliance of Wally Wood’s inking elevates the art to unparalleled heights. The scintillant sheen and limpid depth of Wood’s brushwork fostered an abiding authenticity in even the most outrageous of Kirby’s designs and the results are breathtaking. ‘The Wizard of Time’ is a full length masterpiece as the team confront a scientist with a time-machine. By visiting oracles of the past he finds a path to the far future, which he intends to rob blind.

‘The Riddle of the Star-Stone’ is a contemporary full-length thriller. An archaeologist’s assistant uncovers an alien tablet that bestows various super-powers when different gems are inserted. The exotic locales and non-stop spectacular action are intoxicating, but Kirby’s solid characterisation and ingenious writing make this a compelling read.

Dave Wood (unrelated to Wally) scripts ‘Captives of the Space Circus’, in which the Challengers are kidnapped from Earth to perform in an interplanetary show, but the evil ringmaster is swiftly outfoxed and the team returns for Ed Herron’s mystic saga ‘The Sorceress of Forbidden Valley’, wherein June Robbins becomes an amnesiac puppet in a power struggle between a fugitive gangster and a ruthless feudal potentate.

Herron scripts both the relatively straightforward alien-safari tale ‘The Beasts From Planet 9’ and the more intriguing ‘Isle of No Return’ where the team must defeat a scientific bandit before his shrinking ray leaves them permanently mouse-sized. Kirby, though goes out on a high with two gripping spectaculars, both of which introduced menaces who would return to bedevil the team in future tales.

‘The Man Who Stole the Future’ plotted and drawn by Kirby and scripted by Dave Wood introduces Drabny, a thief of mystic artefacts used to take over a small country. This features spectacular battles and uncharacteristic, if welcome, comedy, but the real gem is the science fiction tour-de-force ‘Prisoners of the Robot Planet’, with art by the Kirby and Wood, but for which the writer is regrettably unknown. Petitioned by a desperate alien, the team travels to his distant world to liberate the population from bondage to their own robotic servants, who have risen in revolt under the command of the fearsome automaton, Kra.

These are classic adventures, told in a classical manner, and combined with Vol. 1 as Challengers of the Unknown by Jack Kirby. Kirby developed a brilliantly feasible concept and heroically archetypal characters. He then manipulated an astounding blend of genres to display their talents and courage in exploits that informed every team comic that followed, and certainly influenced his landmark triumphs with Stan Lee. Showcase Presents Challengers of the Unknown has the content in black and white. 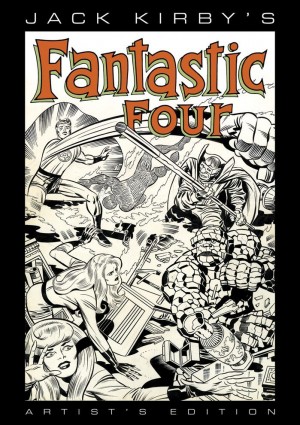