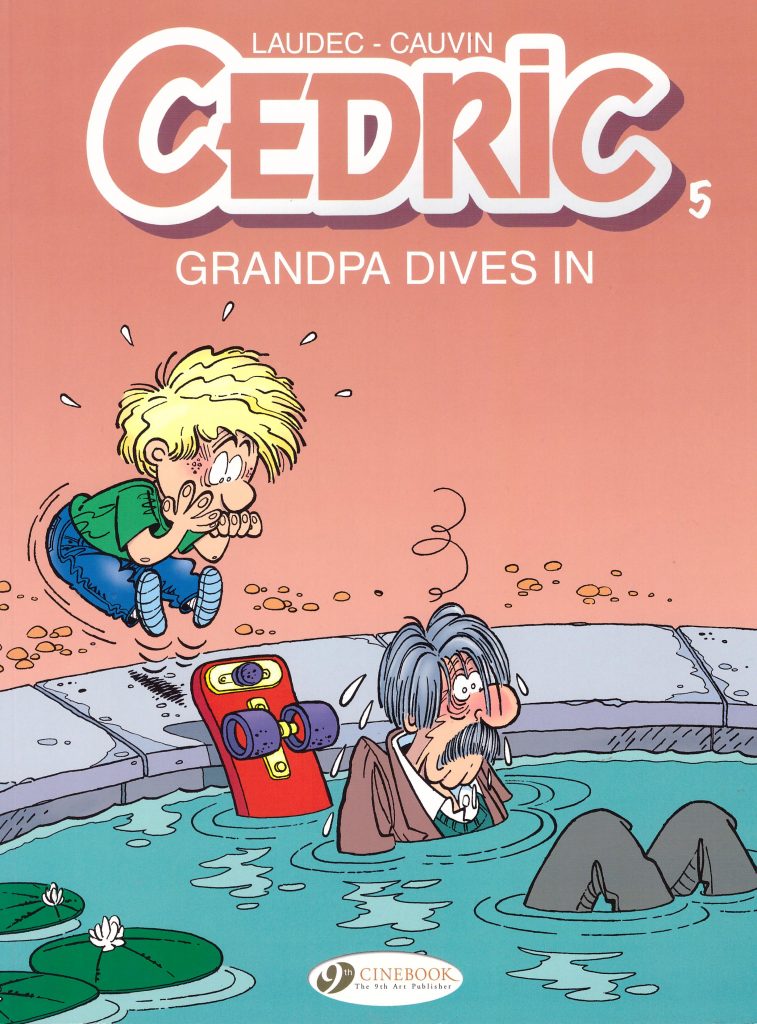 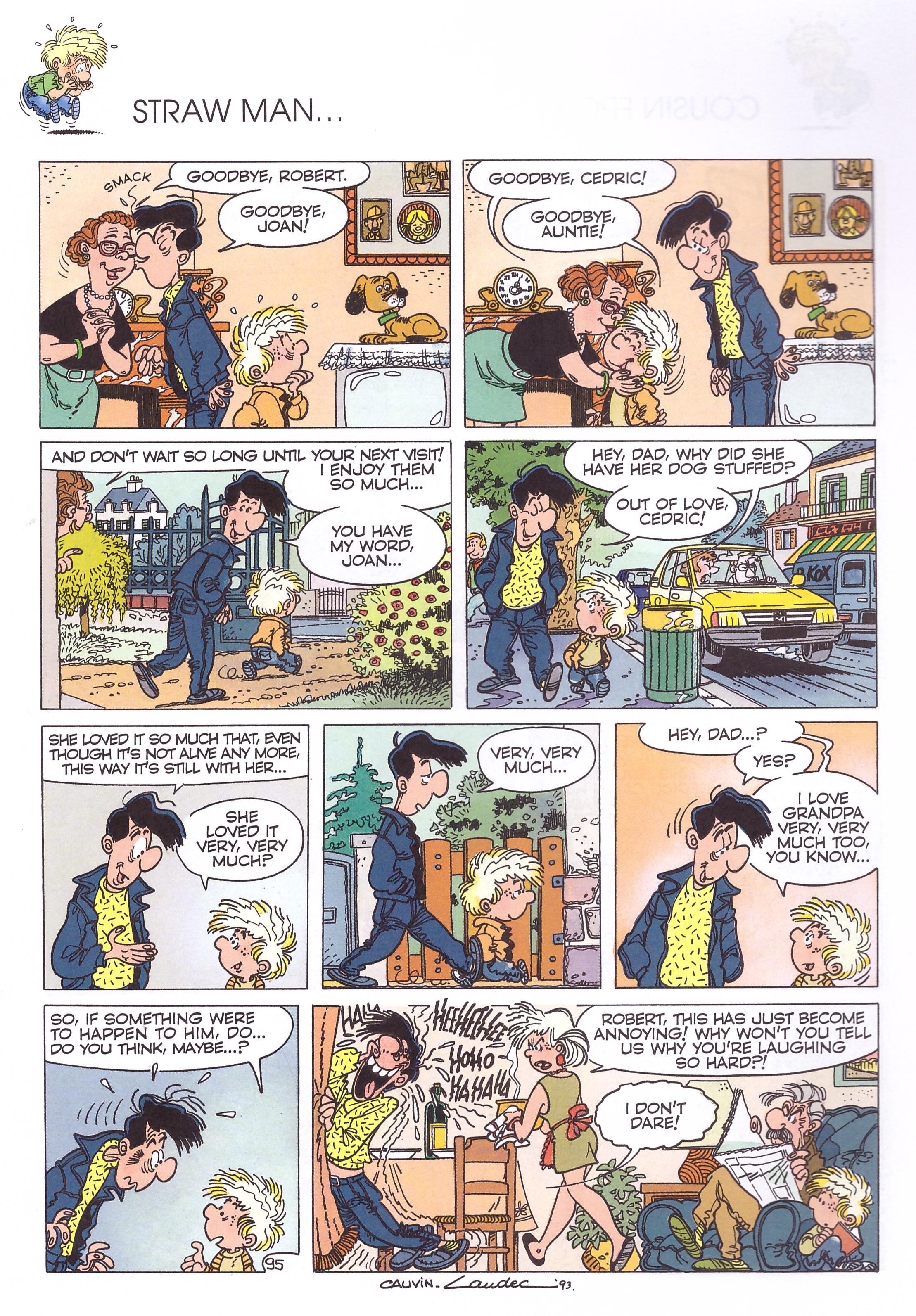 All long-running comedy is sustained on a number of fallback subjects or responses, and by this seventh Cedric collection, the fifth in English, Raoul Cauvin had solidified his topics and refined his sense of humour. The pattern had been set by 1994. Cauvin knew there were laughs to be had from Cedric’s consistently poor school reports, his genuine, but ham-fisted love for Chen, and the iconoclastic interference and sometimes ill-judged influence of his grandfather.

What really sells this superior domestic comedy is Laudec’s fantastic cartooning. He supplies just the right amount of exaggeration, but as seen by the sample strip, there’s a richness to the way he defines a personality. It’s an unusual strip because for once Cedric is innocent and curious, causing no harm or trouble, and Laudec convinces with that as well he does with the misbehaviour. Another aspect worth pointing out is the thought applied to the backgrounds. He really fills the panels, but the focus remains clear, and it’s worth looking at the panels not just to study the technique, but for the little jokes Laudec adds, such as the couple having a row in the car, and check the differences between the photos as they are in the first and second panels.

Cinebook presumably just follow the editorial paginations of the original French editions. Cauvin and Laudec number each strip as they produce them, and chronologically this features strips 82 and 85-100, the missing strips already seen in Hot and Cold, but wilfully rearranging them is puzzling. Laudec doesn’t include visual tricks that require some strips to be presented as spreads, and although individual strips vary between one and five pages, this is random. There is, of course, no need to read Cedric chronologically, but the creators numbering the strips so prominently does leave the editorial process open to question.

Interestingly, Cauvin addresses a possibly offensive aspect of the strip straight on, Chen’s propensity to switch her ‘l’ with her ‘r’ when speaking. Since Jerome Saincantin took over the translations this has been dropped as incidental gag material in the English versions, but the use is unavoidable in a strip where that’s the purpose. Cauvin’s form of justification is a case of having his cake and eating it, but just when you have him pegged as resorting to a gag that should be beneath a quality writer he pulls out a gem tugging at the heartstrings with the final strip. You don’t get one without the other.

Laughter and charm will be the reaction to strips that are universal, not having dated since their original publication, and Cedric’s adventures continue in Skating on Thin Ice. 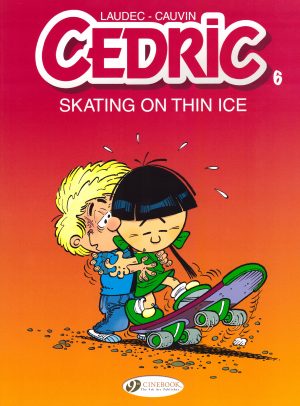 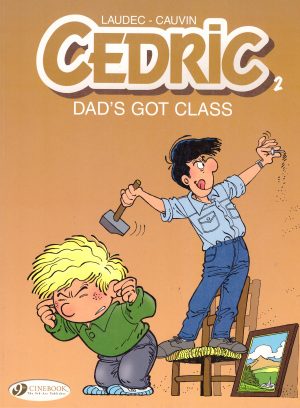