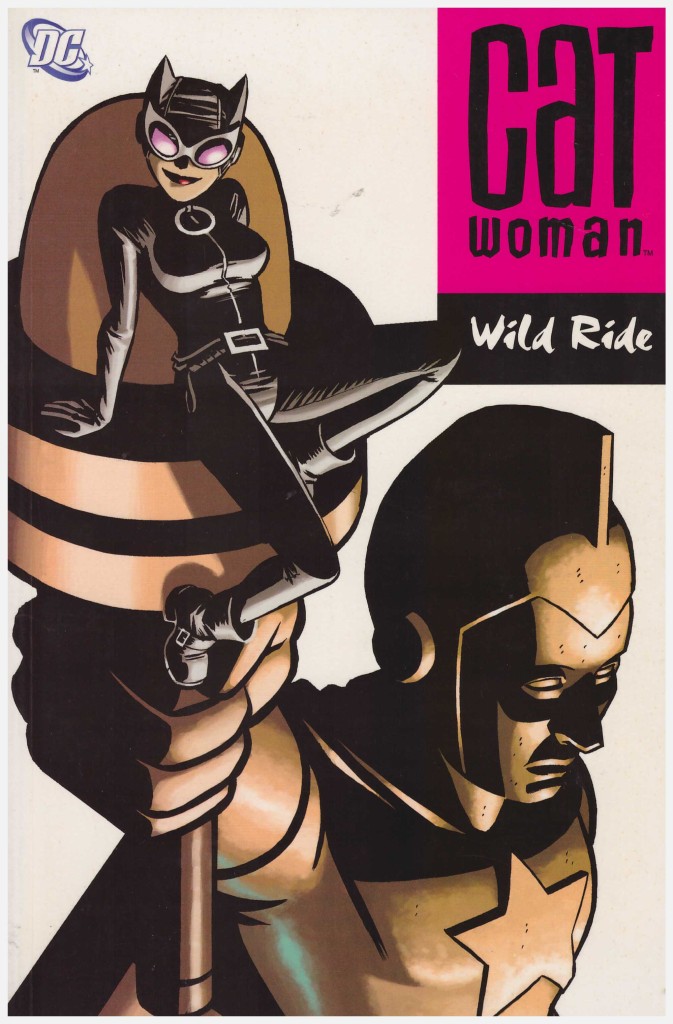 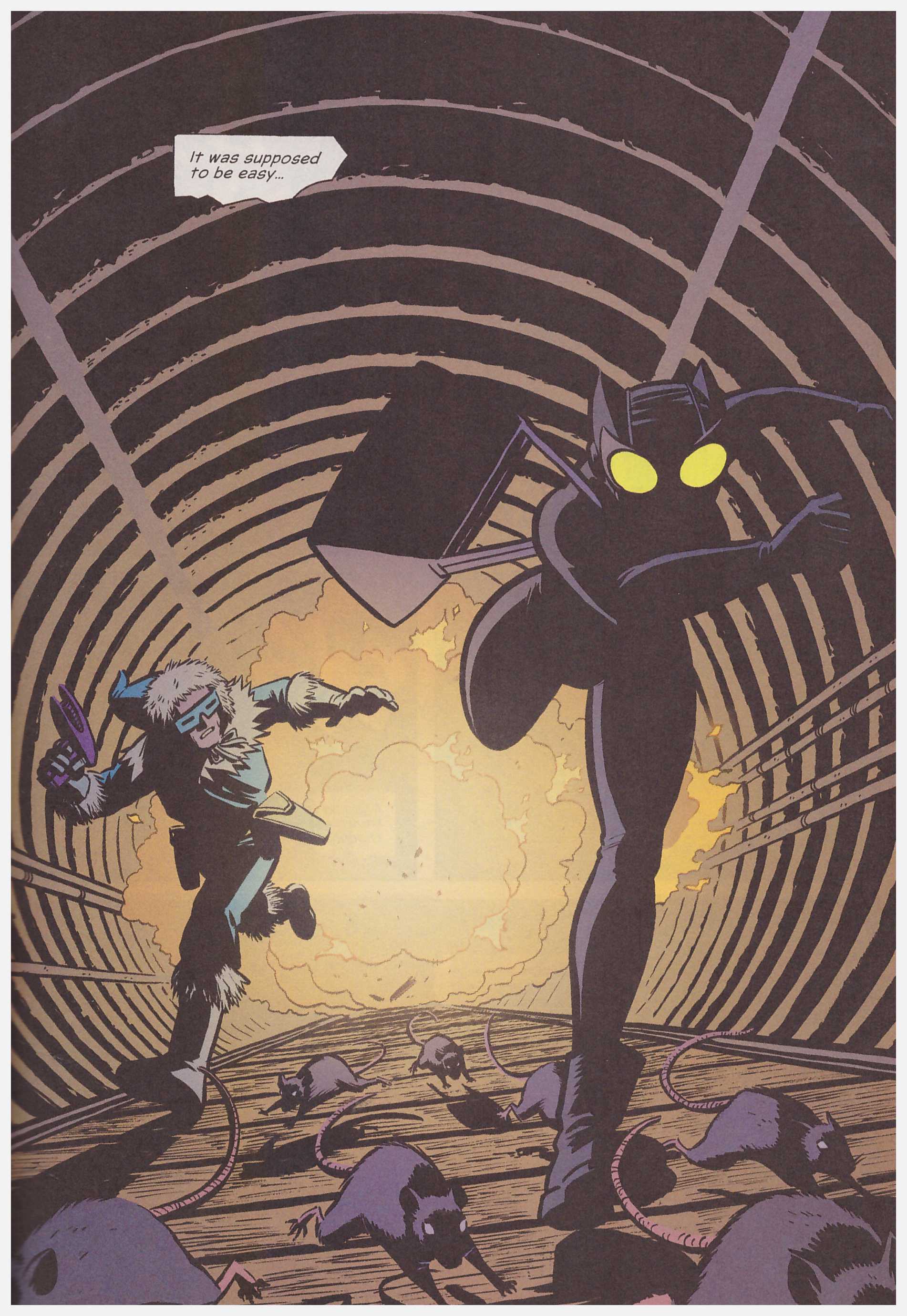 Until this point Ed Brubaker has kept Catwoman confined to Gotham, where there’s been plenty to keep her busy ensuring the Eastside’s not overwhelmed by gangsters. In Relentless her war on them had some very nasty consequences, and Wild Ride serves two purposes. Editorially it enables Brubaker to take a tour of the wider DC Universe, and in the context of series continuity Selina and Holly have the opportunity to leave their problems behind for a short while.

We open, though, with a Brubaker speciality, a neat crime story with a twist. Slam Bradley is the focus, and there’s a surprise ahead. The book is sifted with interludes featuring Bradley, and they build to a larger purpose, but this opening sequence is noteworthy.

The road trip takes in Opal City, Central City and St Roch, but appearances by the protectors of those cities are largely sidelined in favour of meeting other residents. Along the way Holly receives some necessary self-defence training from Wildcat, Batman and Bradley have a knock-down set-to, and Catwoman is pursued by mysterious turbaned assailants. There is a broader purpose for the trip, which Brubaker slots in well, and his diversions along the way are fine superhero entertainment.

Cameron Stewart is an imaginative artist who’s able to work well in the style established by Darwyn Cooke for this incarnation of Catwoman, yet at times he also seems to be channelling Jaime Hernandez, which is certainly no bad thing. There are chapters where he’s finishing the art over layouts by Nick Derrington and Guy Davis, but these maintain a consistent look.

This is the last of the slimmer Catwoman collections DC issued, and is now more commonly located as part of No Easy Way Down. From there the continuity extends into the third larger collection of her 21st century run Under Pressure, the last by Brubaker, where the secret of Selina’s mysterious assailants is revealed.