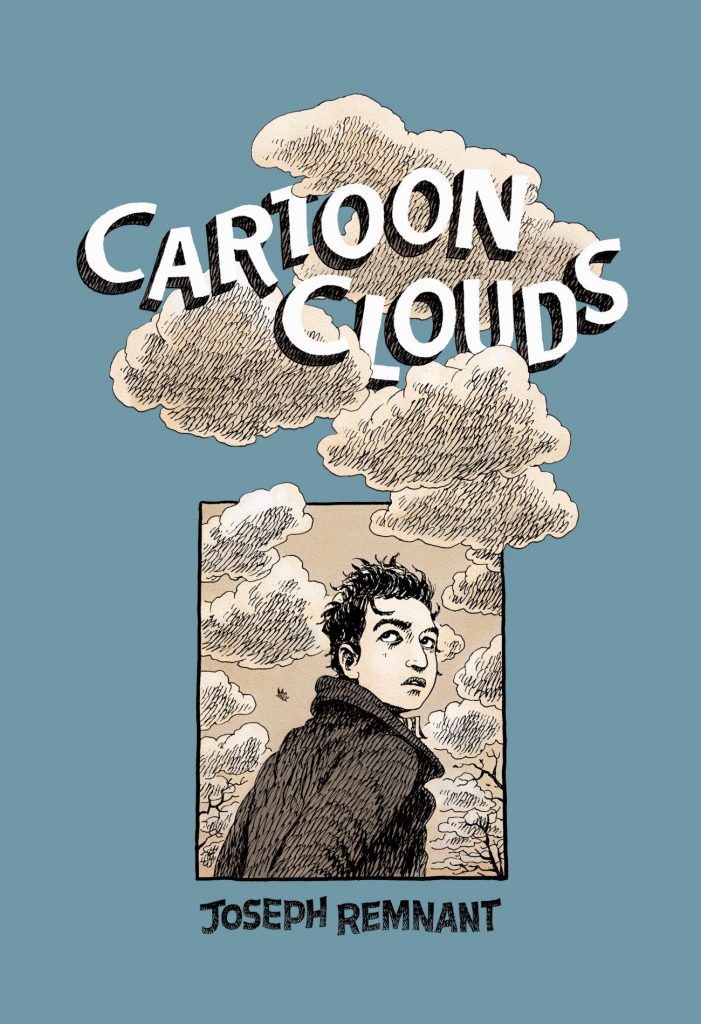 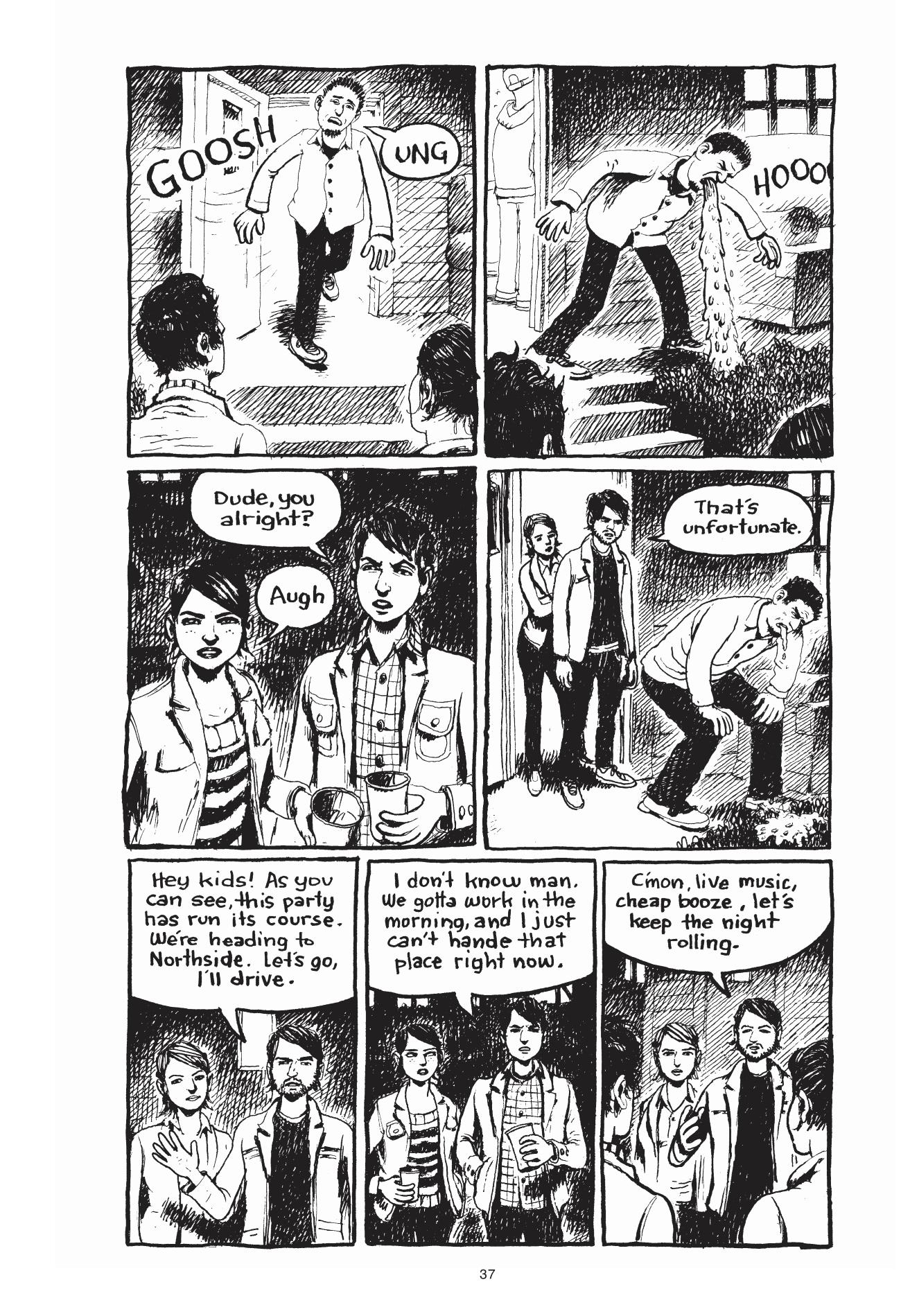 Cartoon Clouds is a graphic novel about the uncertainty of life after college, in this case art school, but it’s also a chronicle of Joseph Remnant learning to write comics as well as draw them, so in some ways facing a similar learning curve to his cast.

If Remnant’s not basing the art-related commentary on his own art school days then he certainly has a lot to say about the hollow nature of the art world. This is funnelled through the experiences of Seth Fallon, whom we meet on the final day of his course, already concerned about how he’s going to repay his student loan and far from inclined to buy into the idealistic nonsense spouted by his classmates. Yet he lacks a viable alternative, and his melancholic judgemental nature can make him difficult to be around. Via Seth and his close friends, Remnant ruminates on the value of art and of the artist in subtle and sardonic fashion. Seth’s mate Jeff is employed by his girlfriend’s father who sources collectible objects for resale on Ebay. After congratulating Jeff on dropping his paintbrush to join the real world, they proceed to scour a barn full of soda cans on the off chance of locating a rare item.

Remnant presents a depressing view of the fine art world from the start, a world where artistic talent is almost irrelevant, with concept and marketing considered far more valuable. For those students whose parents aren’t paying their way, it’s grim. Positions providing experience are unpaid, while the most ridiculous fast food work comes with an expectation that everyone applying for minimum wage vacancies presents as having a genuine enthusiasm for the job. The observational nature of Remnant’s writing carries him a long way, as for all the fine touches of his figurative cartooning he’s not great at building the cast beyond one dimensional, with only Seth having more to him until the final stages. He embodies a type found across creative industries, simultaneously lacking self-confidence yet arrogantly judgemental, his own personal stumbling block, and as such perennially capable of cutting off his nose to spite his face.

Artistic progression comes via Remnant learning how to compress a scene and how to let his art handle more of the heavy lifting. There’s a clumsiness and too much dialogue in the early stages, but the foreshadowing is excellent, and by the end of the book everything is falling into place wonderfully in the manner of a classic rom-com. Seth’s would-be girlfriend Allison grows as a character, and the cynical realities of life are gleefully expounded in a euphoric penultimate sequence. By all means absorb influences, but being true to yourself is a lesson many people never learn.

Art? It’s wonderful. Remnant has an expressive cartooning technique, heavy on the ink and great at characterising people. Those sharing his worldview will instantly reach the same appearance based conclusions as Sean. For all that Cartoon Clouds is more of an appetiser than a main course, a taste of what Remnant will do rather than the finished article.