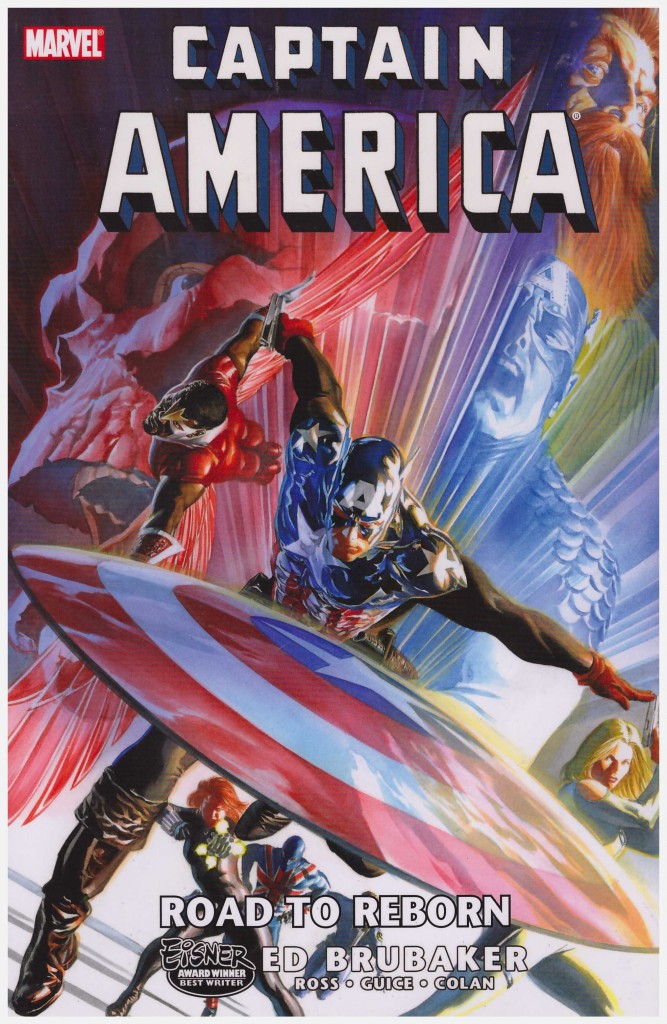 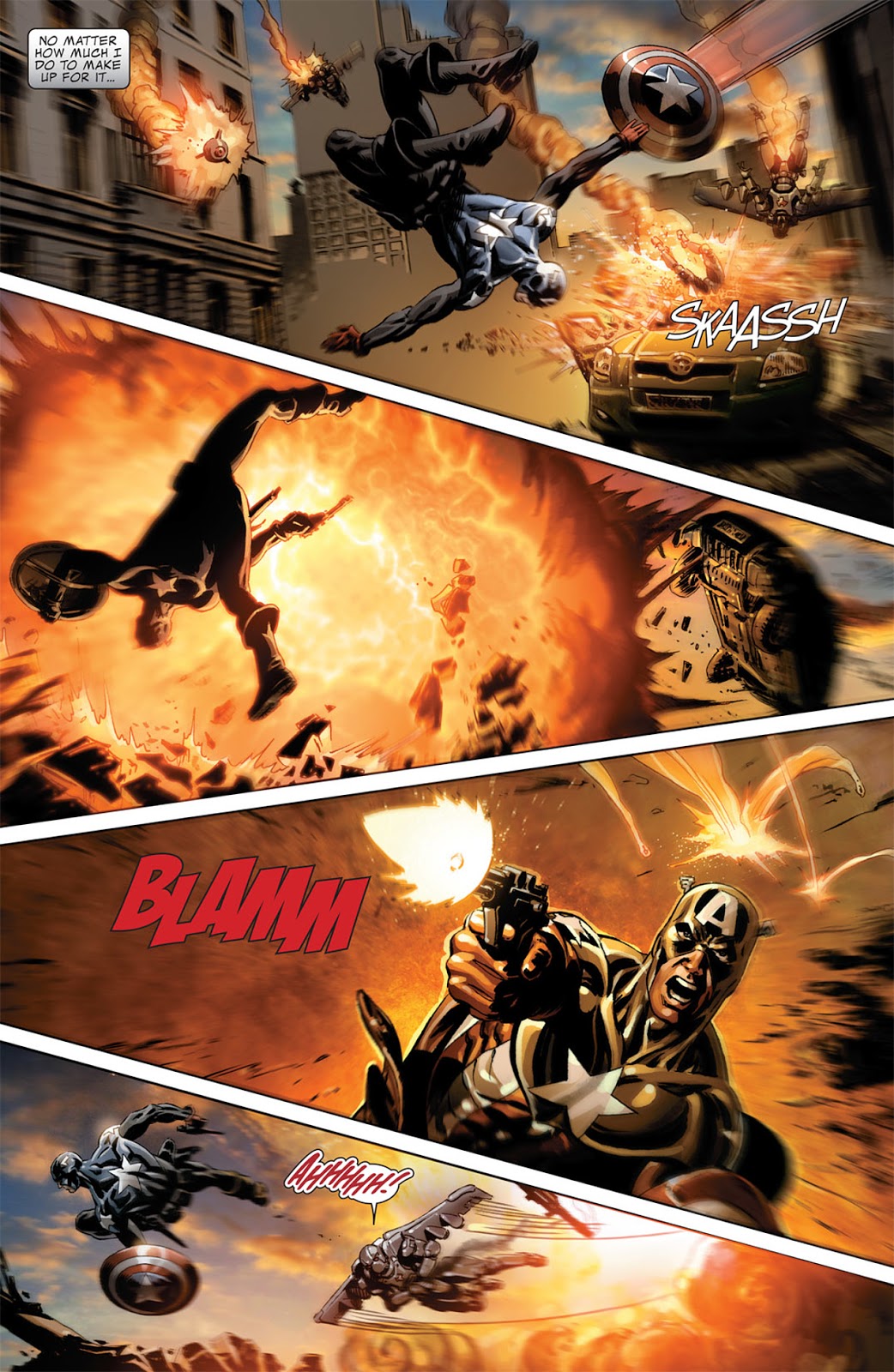 After the triumph of The Man with No Face, Road to Reborn disappoints as a bitty collection heavy on re-cap material familiar to most regular readers. The re-cap validation would be superior art from favourite Marcos Martin and Alex Ross’ 2 pages, reprinted from Captain America: Red, White and Blue. At one time forty pages printed from and coloured over Gene Colan’s pencil art would have been a highlight. This was Colan’s final published story, returning to the character he illustrated in the early 1970s, and Brubaker’s script plays to strength by featuring vampires, a nod to Colan’s excellence on Tomb of Dracula. Sadly, though, Colan’s age tells and his legendarily loose and flowing style has drifted far from his peak. An Eisner Award for this material as best single issue frankly amazes.

The collection includes Captain America 600, a much-hyped anniversary issue at the time notwithstanding Marvel wanting to have their cake and eat it by arriving at that number by factoring in assorted re-boots starting from issue 1 as the issues in the 500s. It breaks with the tradition of comics by definitively stating a year has elapsed since Steve Rogers was shot, and follows Brubaker’s pattern of dropping in on assorted supporting characters, villains included. Whereas previously a sense of unity was supplied by a single artist, an anniversary calls for multiple guests, providing a jarring tone. Former Captain America writers Mark Waid and Roger Stern also contribute, the latter updating on members of the supporting cast he’d constructed twenty years previously. The return of old supporting characters extends to a Brubaker tale focussing on Sharon Carter returning to her home town and her Aunt Peggy, once Captain America’s wartime girlfriend, now suffering from Alzheimers. While not among Brubaker’s best, there is a well placed piece of foreshadowing revealed in the subsequent Reborn, and he later has Carter retrieve the weapon that seemingly killed Steve Rogers.

Not everything disappoints. Brubaker with artist Butch Guice delivers a fine short about the outlawed Avengers team featuring wanting to attend a Central Park vigil marking the first anniversary of Steve Rogers’ death. This poses particular problems for Winter Soldier, having assumed the Captain America identity. All in all, though, this has the feeling of marking time until the blockbuster Captain America Reborn, and is the least essential of Brubaker’s run. 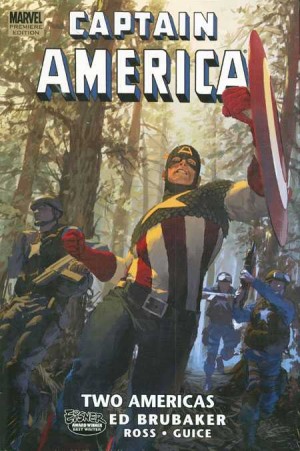 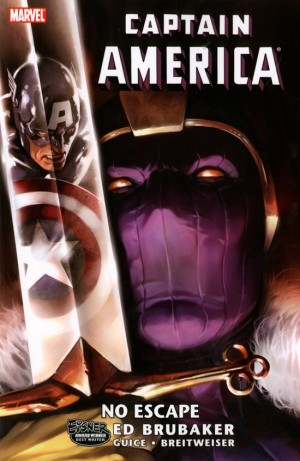