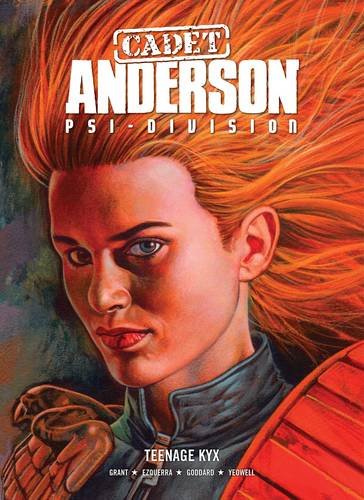 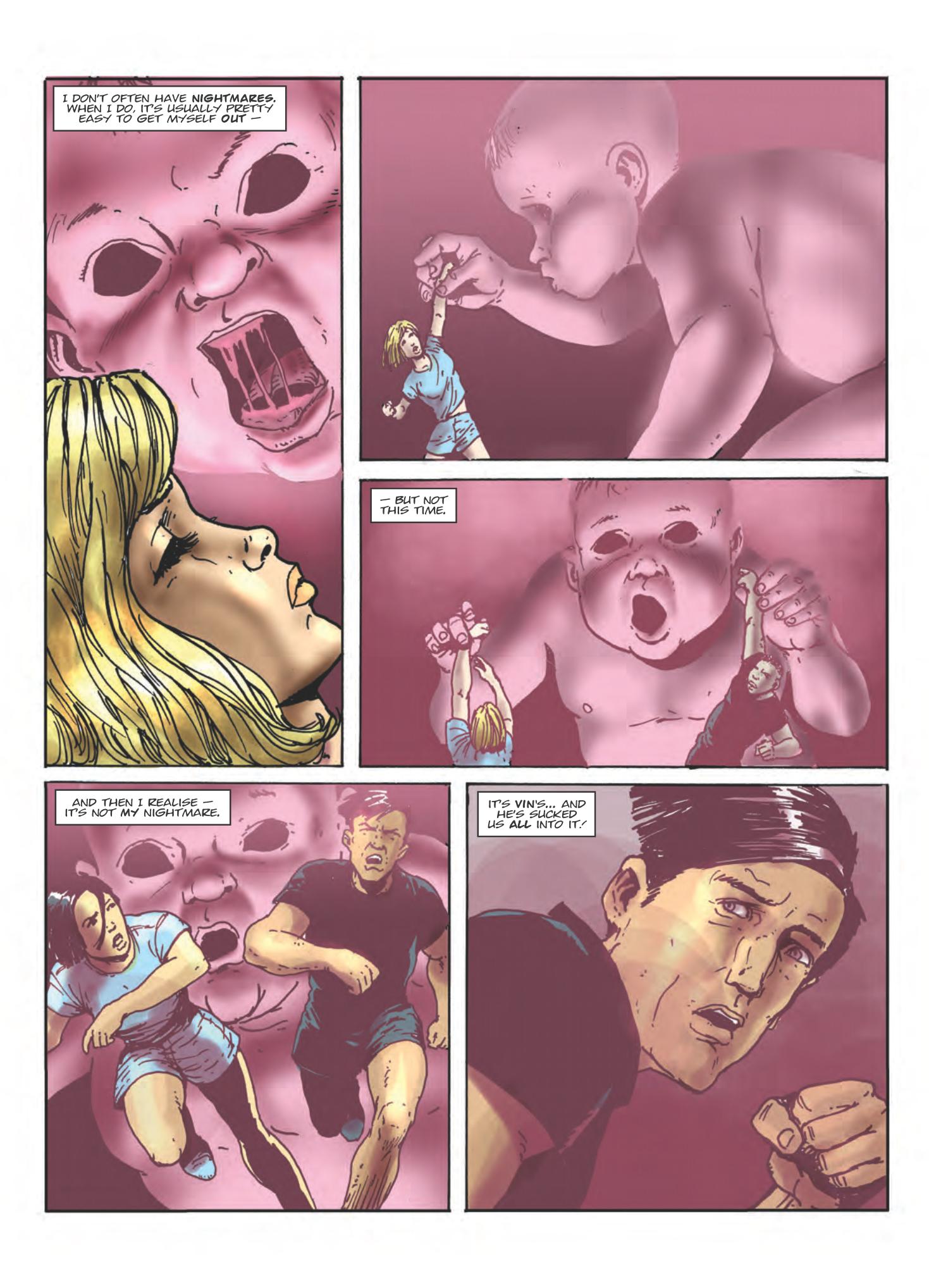 Five volumes of Judge Anderson: The Psi-Files give an overview of Cassandra Anderson’s eventual career as a Psi-Judge in Mega-City One, and with that series completed Alan Grant turned his attention to her teenage years, and the training that formulated the Judge she became.

She’s ten in the opening story, already undergoing training after the events that saw her inducted into the cadet system (see Psi-Files 2). Her career was marked by a disinclination to follow orders if she considered it for the greater good, and Alan Grant shows this as a tendency that began early.

The five part title story moves a few years further forward with Anderson honing her psychic abilities under the tutelage of the sympathetic Judge Rand. In order to apprehend a rogue teenager with psi-powers Anderson is sent undercover to mix with the wild street kids. Carlos and Hector Ezquerra are credited with the art, with no separation of duties noted, but the style is so recognisable it’s Carlos carrying the weight, and so responsible for the unhealthy sexualisation of teenage girls, in Anderson’s case under sixteen. Clothes appear sprayed on, and while some younger girls are well developed, it’s taken to ridiculous extremes with Malinda Kyx. This is also way short of Ezquerra at his dynamic best. Patrick Goddard draws the opening strip efficiently enough, but Steve Yeowell’s ‘Algol’ is the artistic highlight. As with Ezquerra, it’s not Yeowell’s best work, but he tells the story well employing a style very much in the tradition of mid 20th century boys adventure comics.

If the artists aren’t on top form, neither is Grant. He’s professional enough to ensure the plot points hit all the right beats, but nothing really surprises and there’s little of the totally left-field weirdness that characterised his best work on Anderson’s later career. His best story by some distance is the finale, ‘One in Ten’, in which weirdness plays a larger part in a tale of baby farming, and there are other well placed horrors including the revelation of the title. The sordid events are well exploited, there’s imagination in play, and if Ezquerra’s no longer the artist of his peak years he moves the matters along well enough. This is something that wouldn’t have looked out of place published in any of 2000AD’s golden eras.

A bonus item presents Grant’s script for the opening tale as supplied to Goddard, but that’s window dressing. Overall this isn’t a great collection, but ‘One in Ten’ raises the ante considerably.