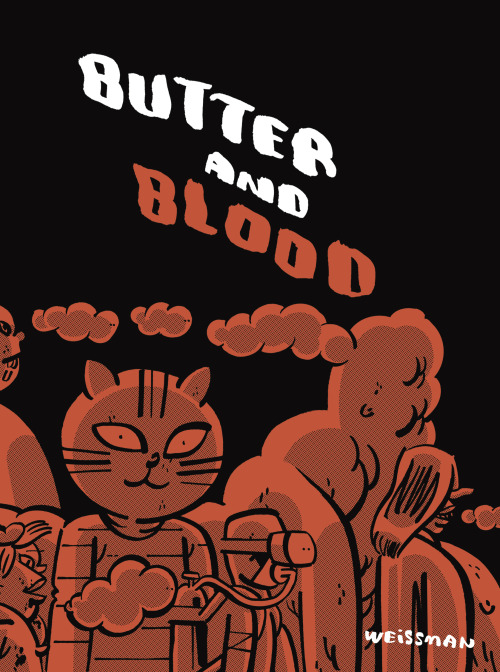 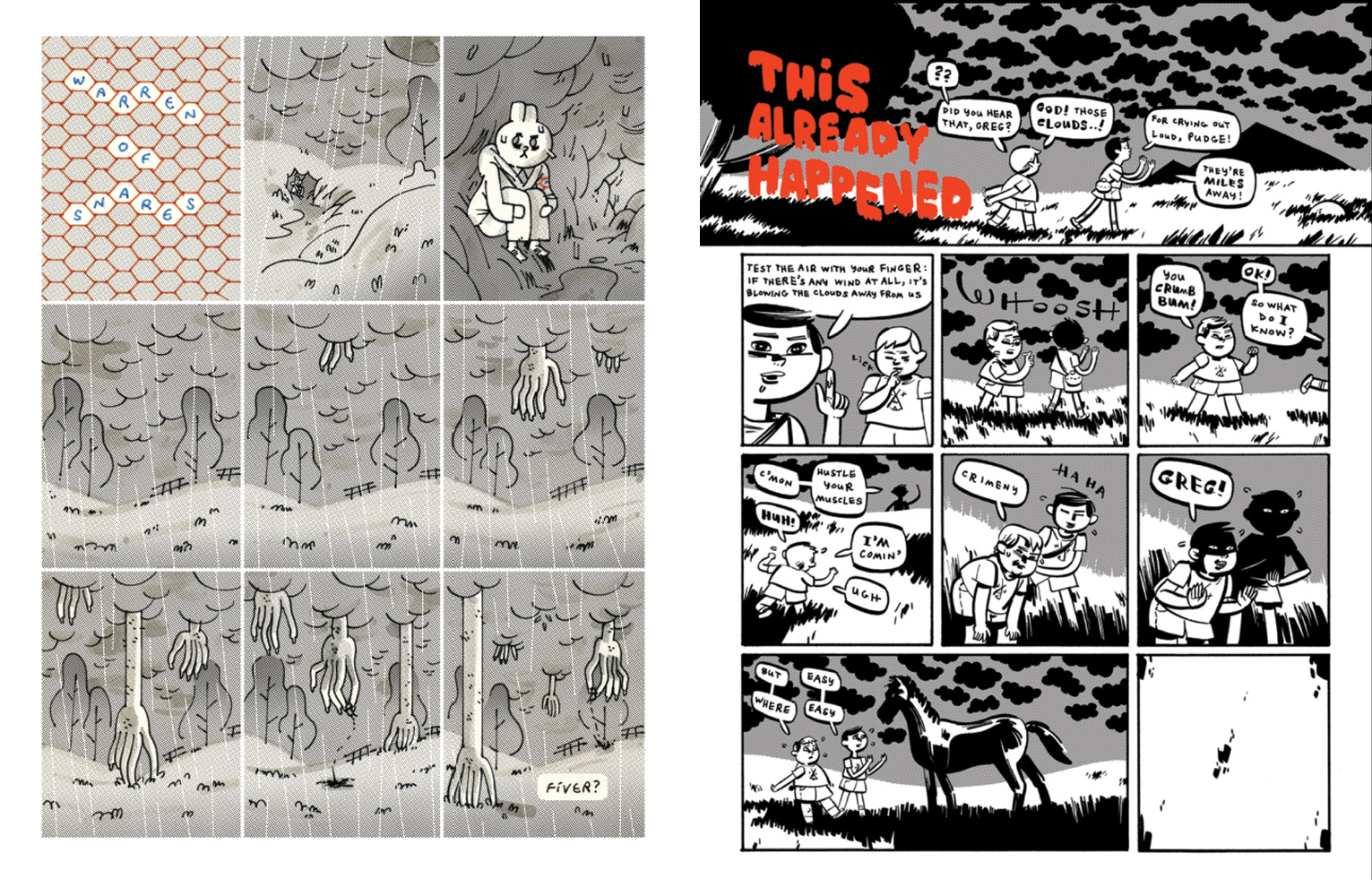 Until his strange, absurdist political satire Barack Hussein Obama, and a sequel, Looking for America’s Dog, Steven Weissman was best known for his nostalgia-tinged explorations of childhood friendship in Yikes! Those stories featured kid gangs, child protagonists who had mystical powers, and other typical 1940s and 1950s children’s story material filtered through a modern sensibility. Butter and Blood, a compilation of Weissman’s work for publications including Playboy, Giant Robot, Vice, Mome, The Stranger and Nickelodeon shows his range as an illustrator, cartoonist and designer with a variety of comics, sketchbook pages, illustrations and sticker designs.

Some of the strips hark back to Weissman’s more conventional drawing style from Yikes! days, with almost super-deformed characters inspired by mascots and other 1950s conceptual business, but most of the collection is much more visually experimental, utilising the Zip-A-Tone, markers and other graphic tools that he uses to great effect in Barack Hussein Obama. In particular, there’s a curious series of strips involving drug-addled rabbits that gradually (and bizarrely) reveal themselves to be a riff on Watership Down. Also featured: the rock group Guns N’ Roses with a new career working in a Jewish deli, a ghostly horse, and talking dogs. The longer strips are engaging, with ‘This Already Happened’ a particularly atmospheric piece that combines the dark nostalgia of Yikes! and the droll weirdness of later strips to excellent effect.

This 96 page, full-colour collection feels a little scattered if you just flick through it, with the single images jumping out more strongly than anything else, but closer reading presents Weissman’s visual intelligence very well, showcasing his interest in graphic experimentation. Fans of his other books will definitely enjoy this one.