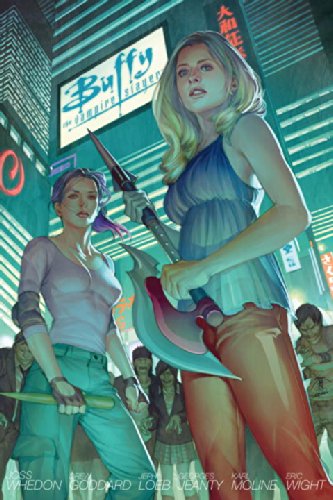 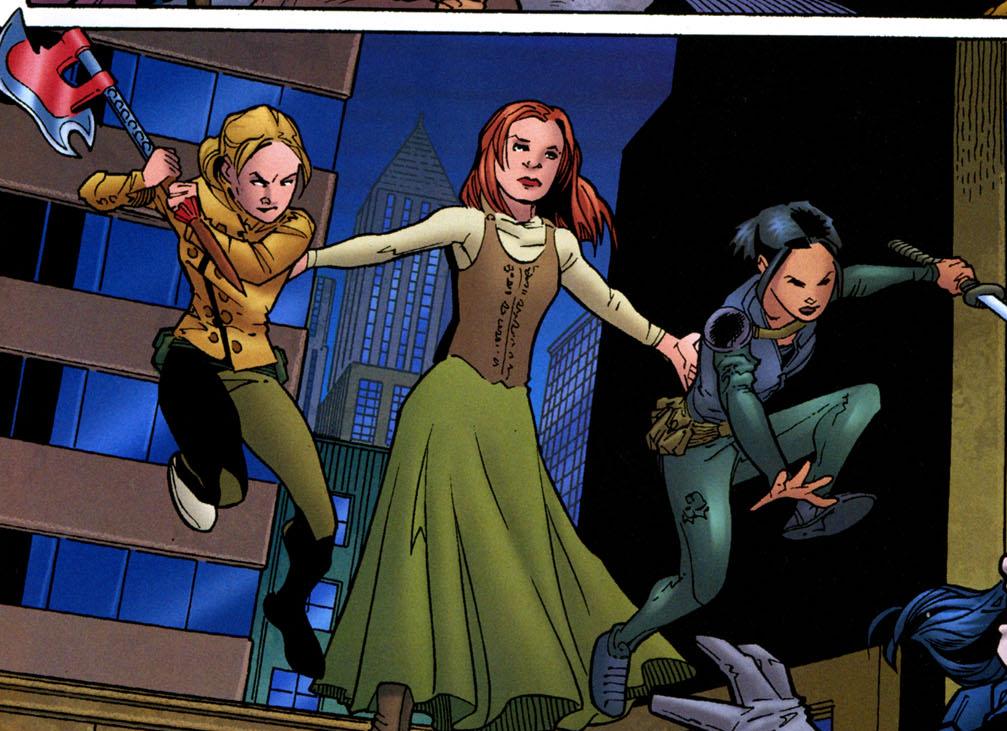 The second oversize prestige collection of Season 8 of Buffy the Vampire Slayer collects the third and fourth arcs, from 2008, both of which are also available separately. The first tale in this volume, ‘Wolves at the Gate‘, is written by Drew Goddard, though guided by Whedon, and drawn by regular Buffy artist Georges Jeanty, and teams the Slayer up with Count Dracula. The second narrative, ‘Time of Your Life‘, is written by Whedon, who brings back his future-Slayer Melaka Fray, from an earlier eponymous series. This arc is drawn by original Fray artist Karl Moline. In addition, these narratives are topped and tailed by two single-part stories from the regular series, ‘A Beautiful Sunset’ by Whedon and Jeanty, and ‘After These Messages… We’ll Be Right Back!’, by Jeph Loeb, Jeanty and Eric Wight, plus a tale originally published as a separate one-shot, ‘Willow: Goddesses and Monsters’, by Whedon and Moline. Additionally, all of Jo Chen’s covers are included, both those for the regular issues and for the collections, and there’s a sketches gallery as well.

The plot is continues the Slayer army’s confrontation with various large-scale problems, while all the time the mysterious Twilight manouevres forces against them. The material is certainly adequate, but often lacks the humour that made the television series so enjoyable. This is particularly the case, strangely, when Whedon, from whom much of the humour in the TV series originated, is writing. On the other hand, the artwork, inked for both Jeanty and Moline by Andy Owens, is constantly attractive.

This is really a volume for fans only. If you are a big fan of the Buffy comics, then you will certainly want this, but those merely with a casual interest are directed to the individual collections. They’ll cost you less (especially if bought online or secondhand) and will definitely take up less space on the shelf.