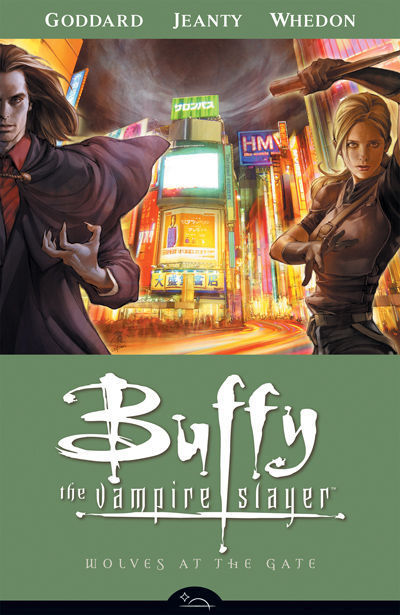 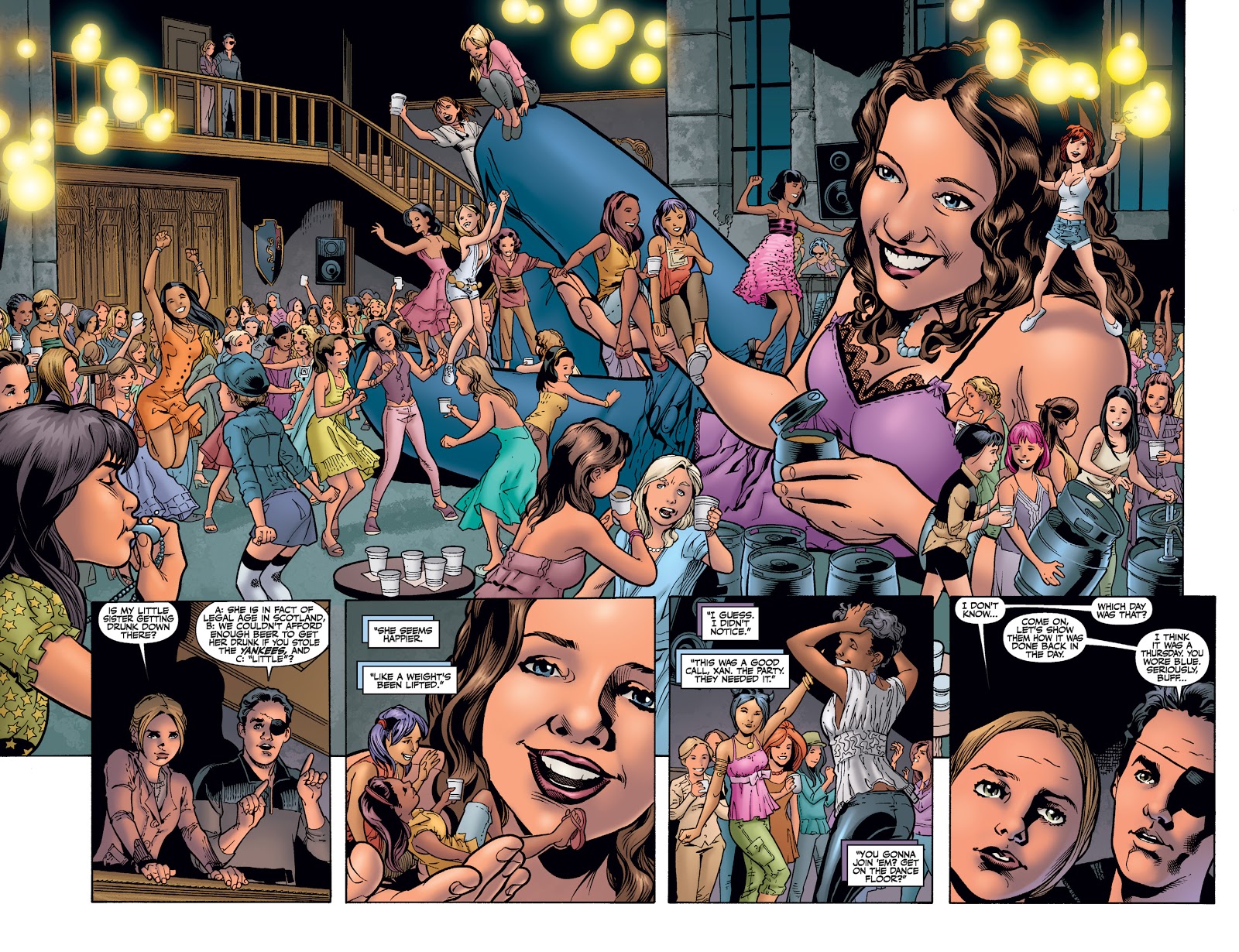 Remember the beginning of Season 5 of the television series Buffy the Vampire Slayer, where Buffy faces off against Count Dracula, in an episode imaginatively entitled “Buffy vs. Dracula”? Remember what a rubbish idea that was? Well, guess who’s back in the third story arc of Joss Whedon’s continuation of his TV series, first published in 2008?

Actually, Dracula’s return is not quite as bad as you might expect, and doesn’t induce cringing as much as the original episode, perhaps because the reader is spared Rudolf Martin’s effete performance. The depiction of the Transylvanian Count in these pages seems to owe as much to Gary Oldman in Bram Stoker’s Dracula as to his previous appearance in Buffy continuity. Dracula is called upon because the Slayer army has to deal with some Japanese vampires who appear to have the same powers as the Count, powers otherwise not possessed by vampires.

Drew Goddard, who had written television episodes for the final seasons of Buffy and Angel, manages to capture some of the light-heartedness that brightened the best of the TV series, better in fact than Whedon himself did in The Long Way Home. There’s a particularly funny scene where Buffy, after a one-night stand with Slayer Satsu – which is set up in a single-part story, ‘A Beautiful Sunset’, written by Whedon himself that acts as a prologue in this volume – agrees with her that they won’t mention it to anyone else, only for almost everyone that they don’t want to know about it to burst into their room. There’s also some nice use of the Japanese background, giving the Buffyverse an opportunity to engage with the traditions of the fantastic to be found in Japan.

There’s also a moment which is sadly typical of what happens to relationships that are about to burst into bloom in the Whedonverse, and anyone familiar with Whedon’s idiosyncrasies will probably see coming, and perhaps feel somewhat disappointed. But this moment is just one of many sacrifices of minor characters to be found throughout this volume.

Georges Jeanty’s artwork, inked by Andy Owens, is attractive, and captures something of the essence of the original televsiion characters, without being photorealistic and static. This is an okay installment in the Buffy continuation, but probably is only for Buffy fans.

The story in which Buffy and Satsu sleep together won the GLAAD Award for Outstanding Comic Book, which at the very least makes clear that there are other views on the comics collected in Wolves at the Gate than those expressed here. The series continues with Time of your Life.