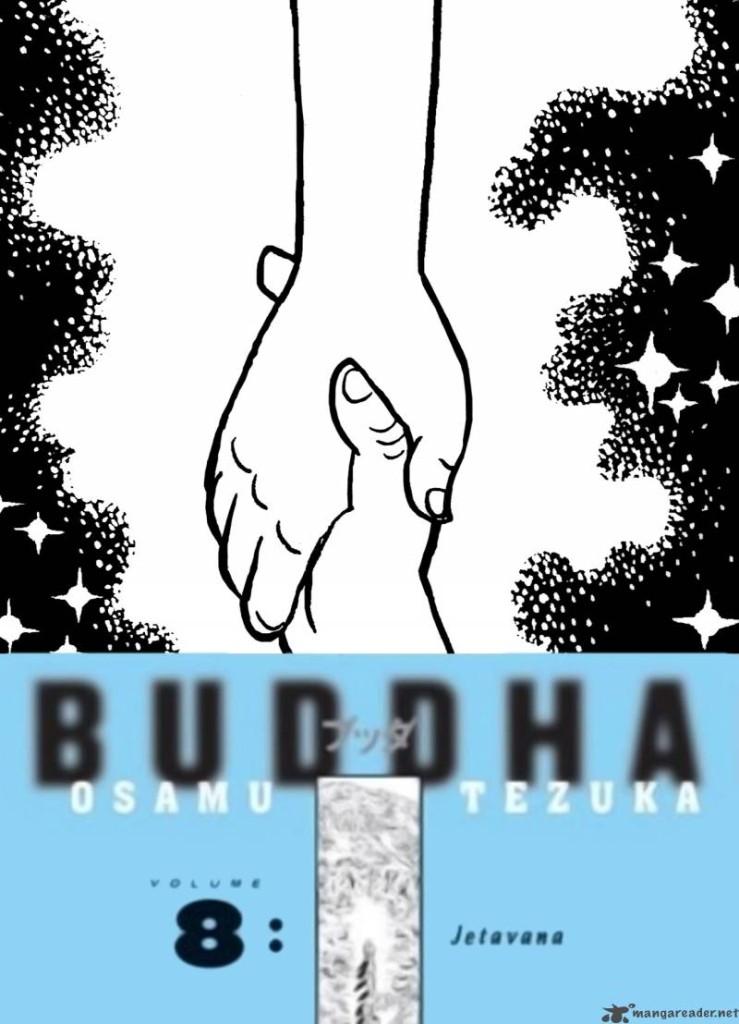 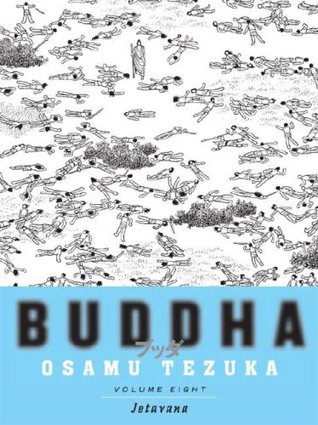 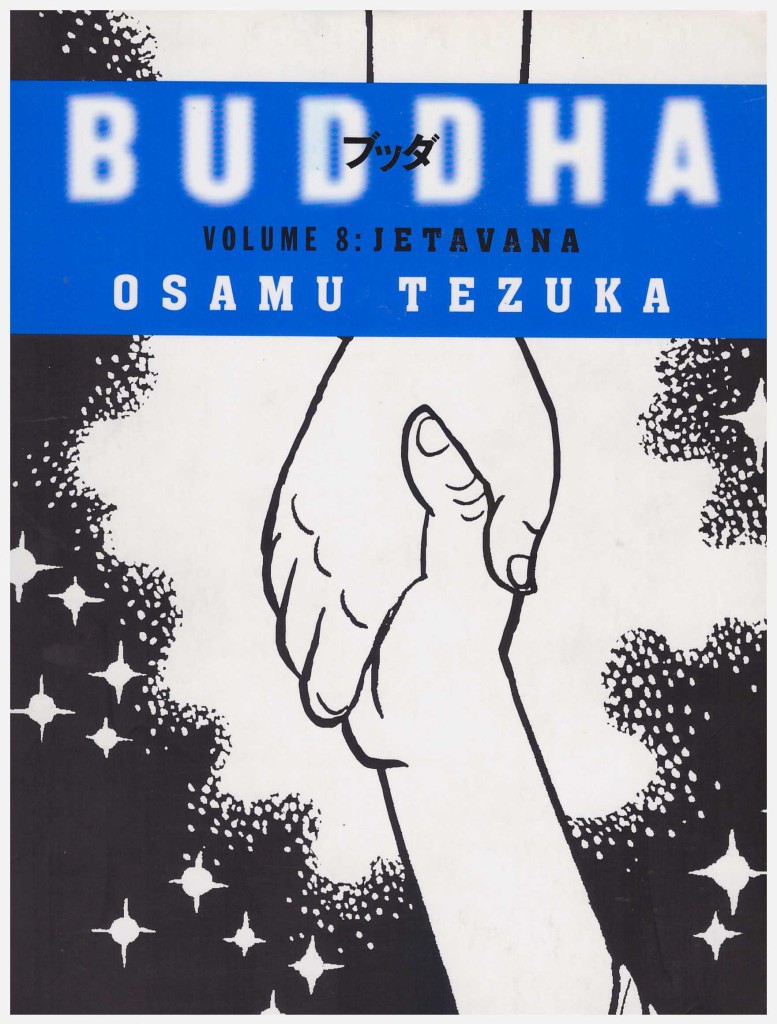 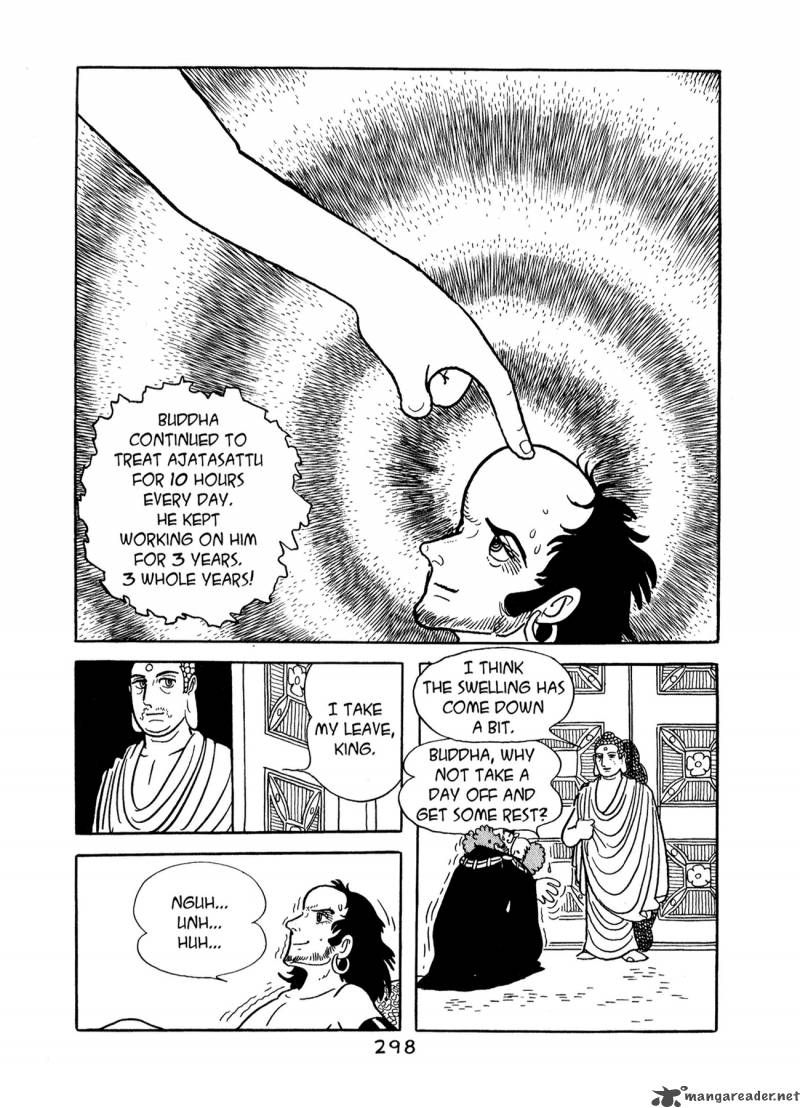 In Jetavana, Osamu Tezuka brings to completion the many journeys of the kingdoms and people introduced over the course of the series, beginning in Kapilavastu. He appropriately saves the greatest trials and crises for this final volume, many of which involve the inevitable confrontation with death and the impermanence of existence. The suffering of life continues as a major theme, as it has throughout the series, reaching its own profound conclusions.

Miraculously, Tezuka is able to resolve every plot line and character arc. There is tragedy, triumph and just deserts. Yet there is pathos throughout. Characters, whose lives we have followed from the beginning, see their stories end with genuine emotion. Those who had clung to power, wealth, authority and ambition, or such negative emotions as anger, hatred, fear and jealousy, experience the ultimate futility and expense of energy wasted on such pursuits. For some, life continues. For others there is redemption and salvation. For two there is transcendence. For the remainder, there is only the ignominy of a senseless, but no less tragic, death.

As with the conclusion of any great work of such magnitude, the reader may feel their own sense of completion and sorrow at the journey’s end. But there may be wisdom too. Buddha’s last sermon, delivered on his deathbed is a simple prescription on how to live; a distillation of a lifetime of searching and learning into three simple words. Tezuka means for us to learn them, and perhaps even be guided by them in our own lives, but this is no mere moral delivered with a hammer, but one he has been illustrating and illuminating by the example of his character’s lives over the past eight volumes. It is a lesson that offers consolation for the lives (though fictional) that we have said goodbye to, even as it lights a path to living life more deeply, more authentically, and with greater compassion.

Buddha’s greatest lesson is that enlightenment isn’t a single moment found under a tree, but the accumulation of a lifetime’s pondering and searching, and openness to learn. Tezuka emphatically shows that failure and setbacks are all part of the journey, not merely for the rabble, but for the saints as well. This is a unique graphic novel that can truly deliver insight and comfort and strengthen one’s spirit.

There are few works of art that you can walk away from a potentially better person. This eight volume series is one of them. It’s one of the medium’s greatest accomplishments.