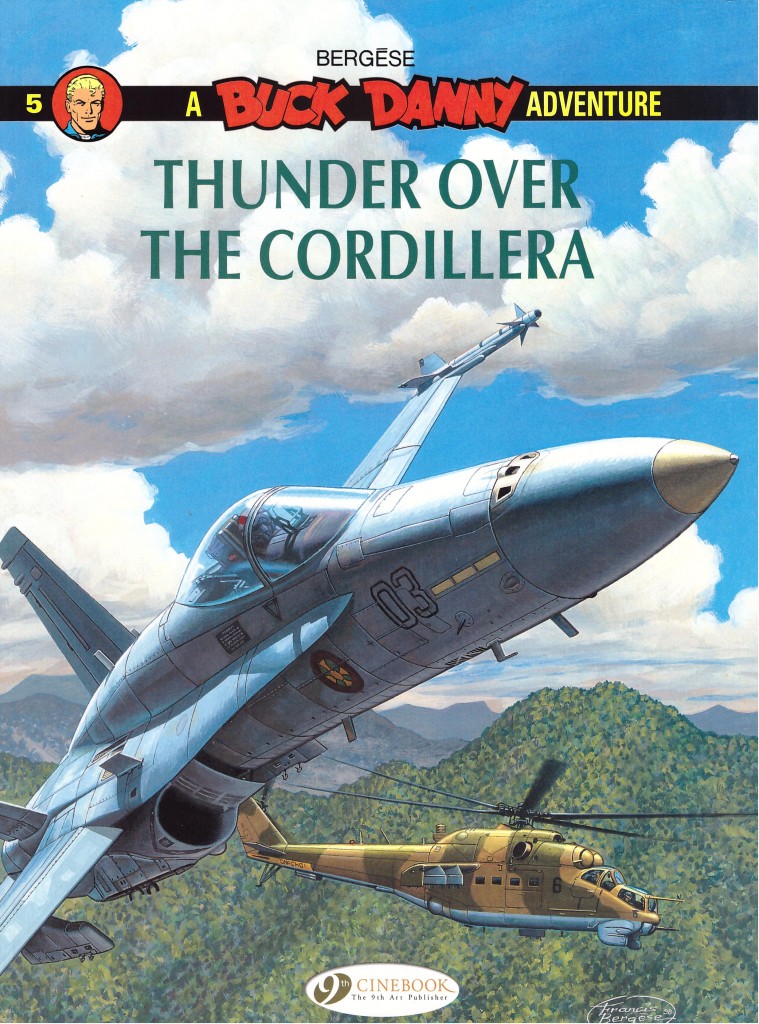 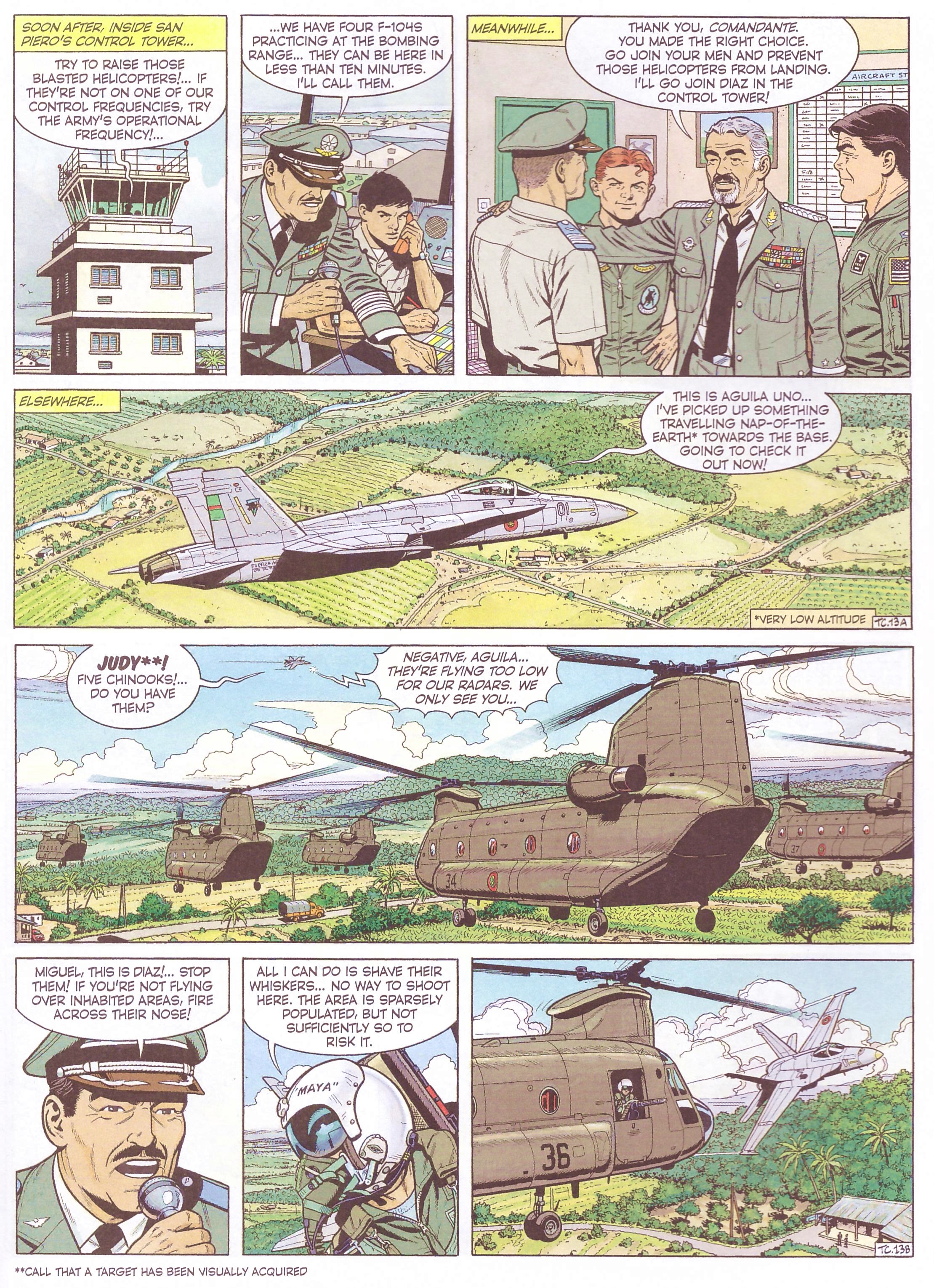 As set-up in the previous No Fly Zone, Buck Danny and friends have been sent to the fictitious Central American state of Managuay, and discovered a plot to replace the country’s president with a puppet installed by druglords.

That first part set up this conclusion professionally enough barring a very clumsy ending, but Francis Bergèse compensates over the opening pages here with a fast-moving and thrilling sequence cutting between two locations. Buck’s life is endangered up in the sky and the consequences of a coup at the Air Force base are revealed. Matters continue to escalate and the suspense has two threads. Although Buck is involved there’s no guarantee that events in Managuay will play out satisfactorily, and the crisis is also personalised by the absence of Cindy McPherson. She was introduced in Ghost Squadron a step toward integrating Buck’s otherwise all male world, and her disappearance here after undertaking an investigation is a concern. Rooting the book firmly in the 1990s, we have Bill Clinton as American President, and a footnote is required to explain Guantanamo Bay as a US base in Cuba.

Bergèse is a superb technical illustrator who takes great pride and pleasure in supplying the technology. As seen on the sample page, his aircraft are peerless, but that comes at a price. Every Buck Danny graphic novel at some stage is bogged down by technical explanations, intruding primarily by clumsily inserted dialogue “He’s leaving under heavy escort: two F-18s in air to ground configuration and four F-104’s for cover”. Bergèse obviously has a successful formula in play, but in underlining the technical details he thrills the few enthusiasts while boring far more people. Thankfully Thunder over the Cordillera benefits from the bulk of the technicalities being front-ended in the previous book, so this flows more smoothly, but Bergèse loves his explanations. Accept the characters are just reading lines and you’ll get on fine with Buck Danny.

Anyone of a left of centre political persuasion might have issues with Bergèse constructing a sympathetic explanation for the USA’s interventionist policies in other countries since World War II. There have been occasions when the white hats have been obvious, yet others where political dogma is the motivating force. The alternative is to accept Thunder over the Cordillera is just a story and read nothing further into it.

Again, the ending is on the abrupt side, but it concludes a well-constructed plot that should thrill the intended audience.