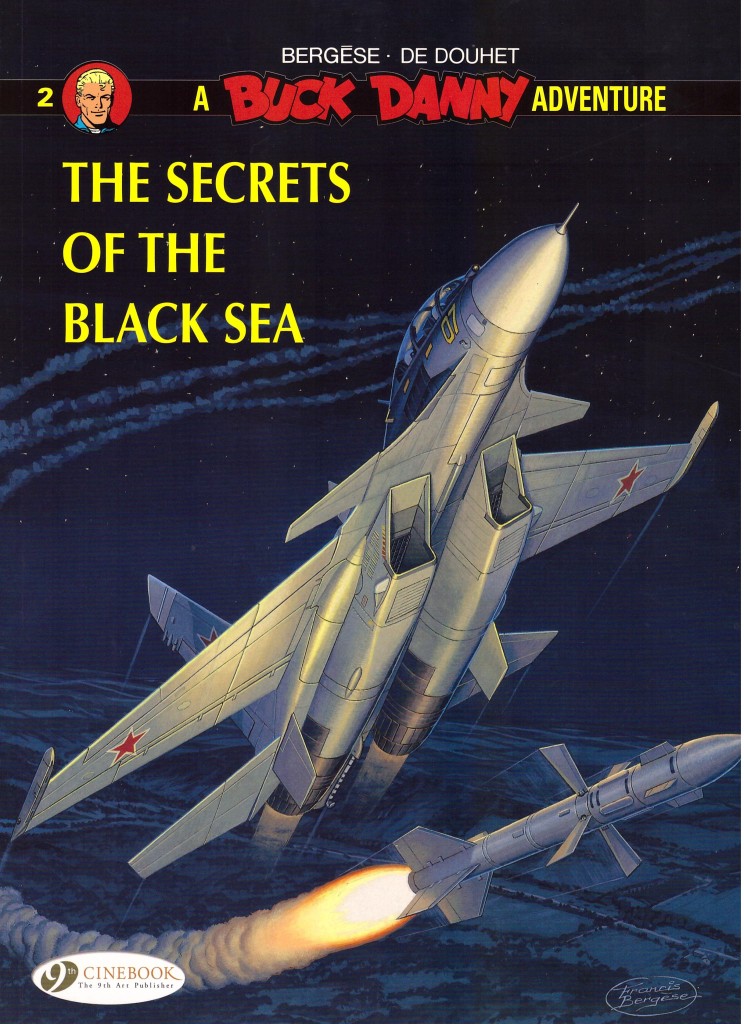 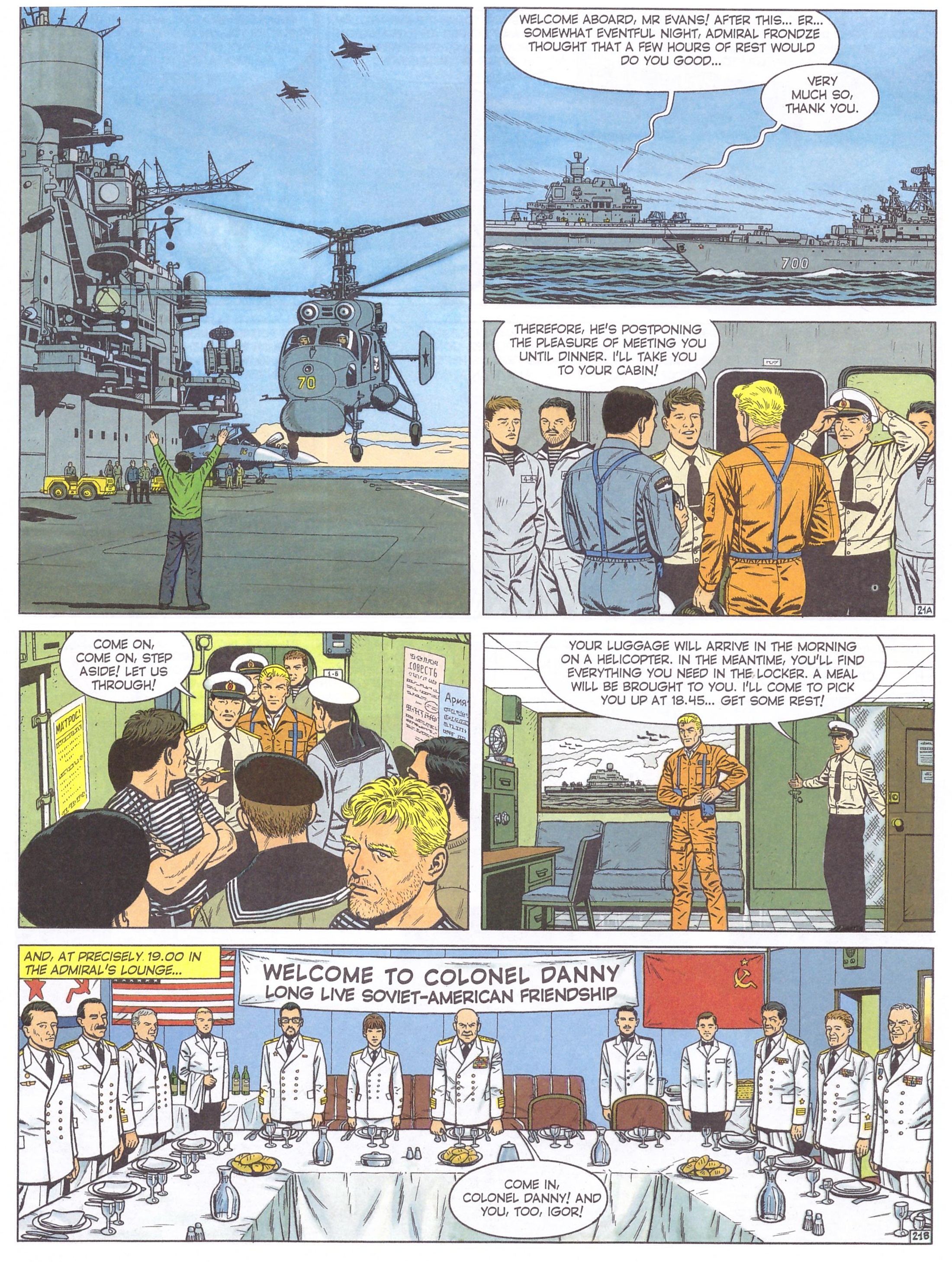 Although this is the second Cinebook Buck Danny graphic novel, the series stretches back to the 1940s in French, and this was first published in Europe in 1994 as the 45th album. With its tail end of the Cold War backdrop, The Secrets of the Black Sea received a timely first English language edition as national tensions were heading back to a status forgotten for a generation. Here it’s the Soviet Union rather than Russia portrayed as blacker than their sea, but otherwise real world politics had come full circle.

This was the first Buck Danny album Francis Bergèse had produced in the six years since the death of his writing partner Jean-Michel Charlier, and the only other book in the series he’d draw from someone else’s script. Beginning with the next Cinebook volume Ghost Squadron his preference became to illustrate plots he researched himself, although he’s been fullsome about his Secrets of the Black Sea collaborator Jacques De Douhet. De Douhet’s credentials are in ministerial service, and if the biographical details on French websites are accurate, he’s lived quite the life.

De Douhet’s plot sees Buck Danny under the fabricated identity of a senator’s assistant tasked with the mission of taking in as much as he can about the capabilities of a new Soviet aircraft carrier and its cargo. While hardly on the casual side, De Douhet manages to incorporate the set-up more rapidly than Bergèse’s own plots generally do, and after a dozen pages the action begins with Buck already aware his status may have been compromised. After that events move at a rapid pace, internecine conflicts between branches of the Soviet military impacting on Buck’s mission. Formula, however, is paramount, and De Douhet’s writing is also plagued by expository dialogue such as “As you know Igor, for some time the admiral has made us listen systematically to messages transmitted over certain supposedly secret frequencies…”

As in his other books, Bergèse is first rate when it comes to presenting navy craft and planes, every rivet lovingly detailed, and those who revel in such craft will have a field day with the action sequences. The downside of that is people who are sometimes stiff and posed, and this often afflicts Buck’s sidekick Captain Tuckson, here coming across as a sort of grumpy Jimmy Olsen. It’s common to European material that plot is prioritised over any characterisation, so beyond the barest surface (Buck is brave and upstanding, Tuckson the comedy relief) the cast serve the needs of the story.

The concentration on absolute accuracy breaks up the flow time and again as footnotes are needed to explain the likes of the code name given to the Yak-38 by NATO forces. Surely anyone who cares that much is likely to know this, and the ignorant don’t care. It’s not just The Secrets of the Black Sea, as every Buck Danny published by Cinebook to date follows the maxim of “I’ve spent weeks on intensive research and by God you’re going to know about it.” This is a greater shame than usual as De Douhet’s plot writhes about in an unpredictable fashion, yet is consistent and logical in exploiting the crumbling of the Soviet Union. There’s the germ of something better here, bogged down in technicalities. 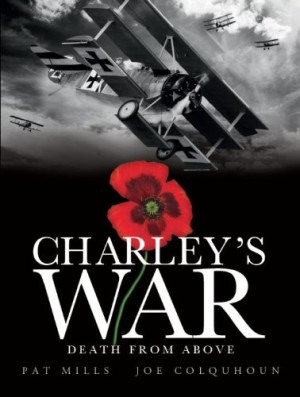