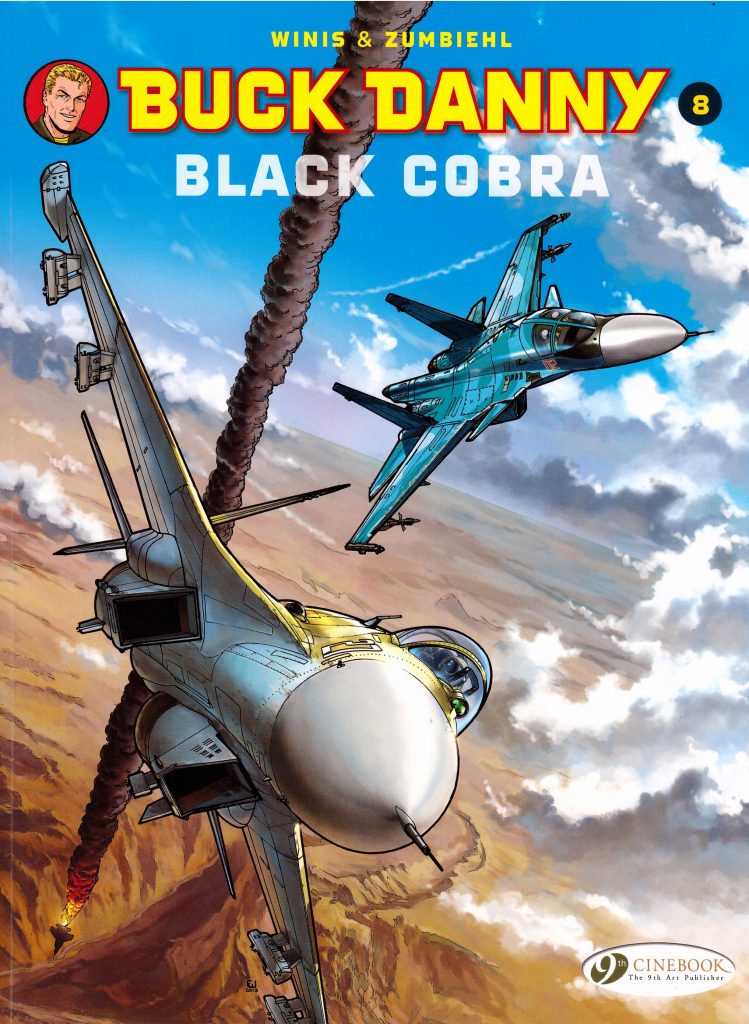 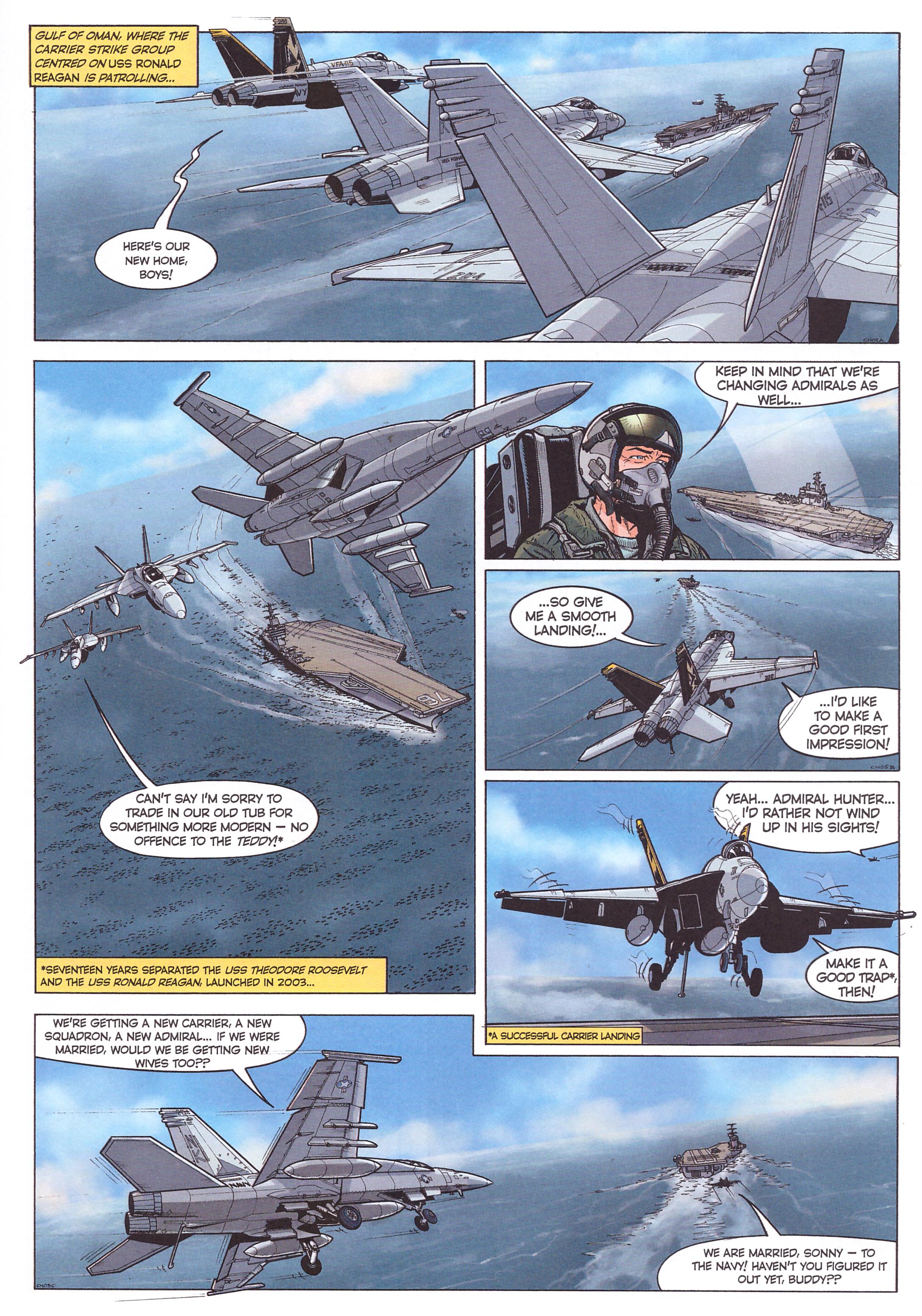 When an F-22 Raptor fighter plane goes missing over the fictional country of Basran, Buck Danny and his team are sent to investigate. Basran doesn’t possess the technology to shoot down the US Air Force’s most advance reconnaissance plane, so the US authorities are at a loss as to what’s happened.

Black Cobra was the first Buck Danny album in 25 years with no involvement from Francis Bergèse. New writer Frédéric Zumbiehl sticks very closely to his template, but unfortunately accentuates all the worst aspects of Bergèse’s work. The sheer amount of jargon, acronyms and contractions will impress any military pilot and a few real enthusiasts likely to glance at the story, at the cost of boring everyone else. A massive amount of footnotes are required to explain Zumbiehl’s research, yet once explained, the unfamiliar acronyms continue to be used, requiring constant flipping back through the book just to remind the average reader what the cast are talking about. Then there’s the woefully obvious information dumps in the dialogue. Bergèse eventually mastered a modicum of subtlety, but from Zumbiehl we get “Are you aware that that ski jump is supposed to withstand the 32 tons of a fully loaded flanker and impart an extremely specific angle of lift? That if either of those conditions isn’t met it means certain death for the pilot?”. Accuracy is desirable, but there’s no need to ram the research down the readers’ throats.

Characterisation was never a priority for Bergèse either, beyond a few moments of comedy relief at Sonny’s expense, but his efforts were on a par with Dostoevsky in comparison with Zumbiehl, whose version of Sonny crosses the line between idiot and dick. A new character is introduced, Israeli Captain Shana Abramson, and what’s meant to be lighthearted flirting comes over as manipulative on her part and sleazy on his. And then there’s the problem of Basran.

Pretty well every reader with a modicum of general knowledge will pick up that Basran is standing in for Iran. When Zumbiehl’s prepared to send the average reader to sleep with explanations of technical details, it seems bizarre not to name a country when there’s no problem in naming Russia supplying Basran with weapons, Israel having concerns about them and Turkmenistan bordering them.

New artist Francis Winis only sticks around for this book, and he’s very effective, breaking down the story well and supplying the photo realistic detail Buck Danny readers expect when it comes to the technology. He keeps the cast consistent, and is surprisingly good at fitting small detailed illustrations of large planes into the pages. If there’s a problem with the art it’s that the settings of sea and desert don’t allow much in the way of variety in the scenery.

There is a workable plot to Black Cobra, with some tense action scenes, but it’s sunk by being so dull. And whatever you do after the big revelation, don’t try to go back and make some sense of earlier scenes in hindsight. It can’t be done.