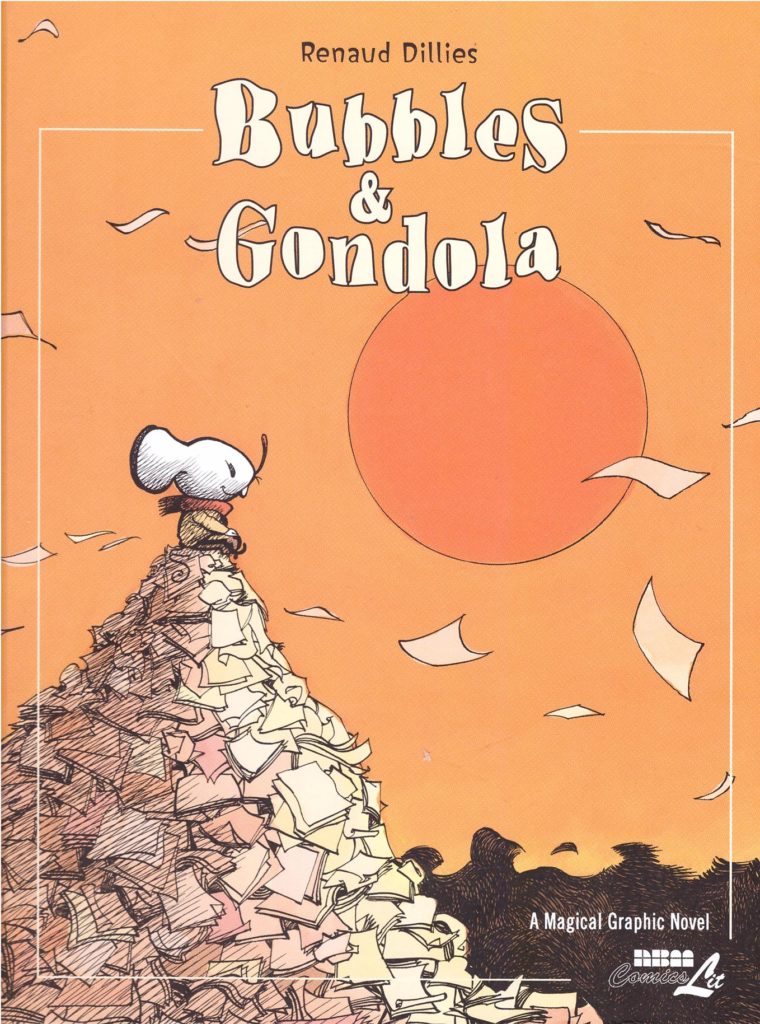 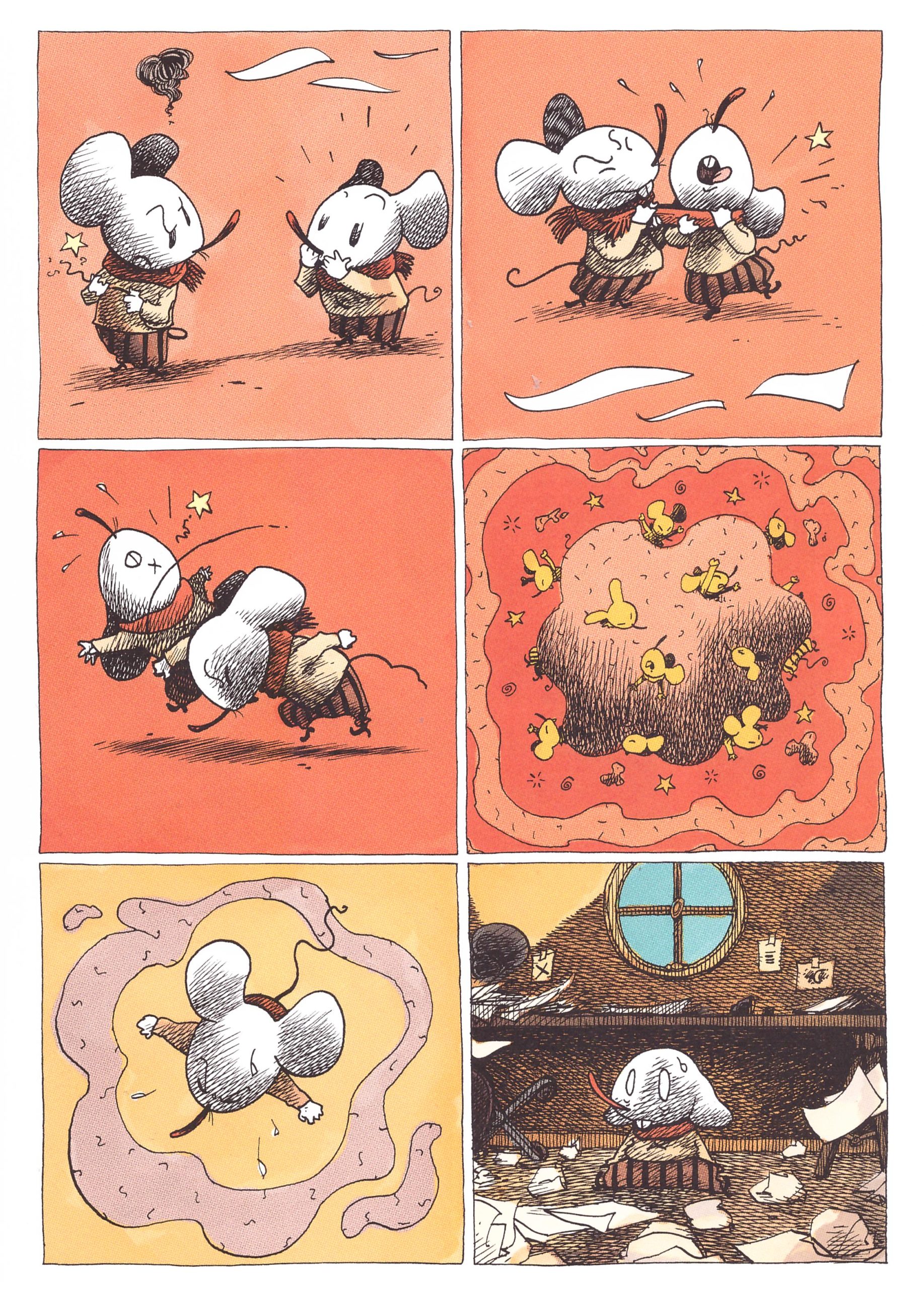 Charlie the mouse lives alone in a high house way above most people, and likes it that way. He can come and go as he pleases, there’s no-one to bother him or to be bothered by him, and he does what he wants when he wants to do it. None of that is helping with his writing, which remains a succession of crumpled pages, the inspiration lacking. While everyone else is preparing for carnival, Charlie’s pile of crumpled pages grows ever higher. Strangely enough, the only moments of contentment in his life appear to be when he’s in the company of others, visiting his family, or talking with Solitude, the little bird that visits him in moments of loneliness.

Renaud Dillies really takes the long way around explaining that we’re all better off for the company of others, and that anyone wanting to write has to experience the world, not lock themselves away from it. The strange title comes from two moments of inspiration Charlie has, firstly riding the fairground gondola and then watching the simple joy of child blowing soap bubbles. Ultimately, Dillies asks whether fear stunts the creative process. Bubbles and Gondola very much transmits as Dillies attempting to address his own creative blocks, to work out why he’s not as productive as he may want to be, and the source of that fear. He’s not a great communicator. His stand-in Charlie undergoes some transformative experiences, emerging the better for them, and were this the book for children that the art and packaging suggests, that would work fine enough. However, the constant questioning of existential problems coupled with the magical realism floats Bubbles and Gondola above the heads of children.

In France several other untranslated graphic novels separate this from Dillies’ first outing Betty Blues, and the art has improved immeasurably. He’s dispensed with the clutter, and the crosshatching used on characters is far less random. While the cast still come across as considerably mismatched, their designs all over the place, there’s greater personality to them, as they dance, float and run across the pages. Like Tony Millionaire, Dillies is influenced by nineteenth century cartoonists and their methods, but constructs something up to date and charming from that. There are also hints of George Herriman in his oddly bendy buildings and abstracted backgrounds, a fair portion of the story told without words as it’s reduced to simple illustrations.

The illustration goes a long way to compensating for the tedium of a person telling a story about the difficulties of their creative process, but Bubbles and Gondola is a book to admire for the art rather than absorb for the content. 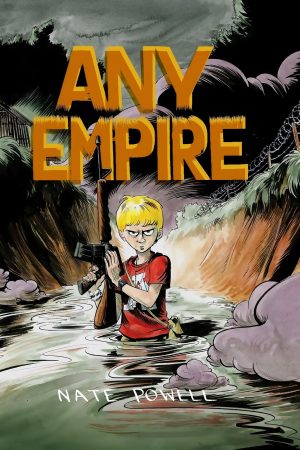