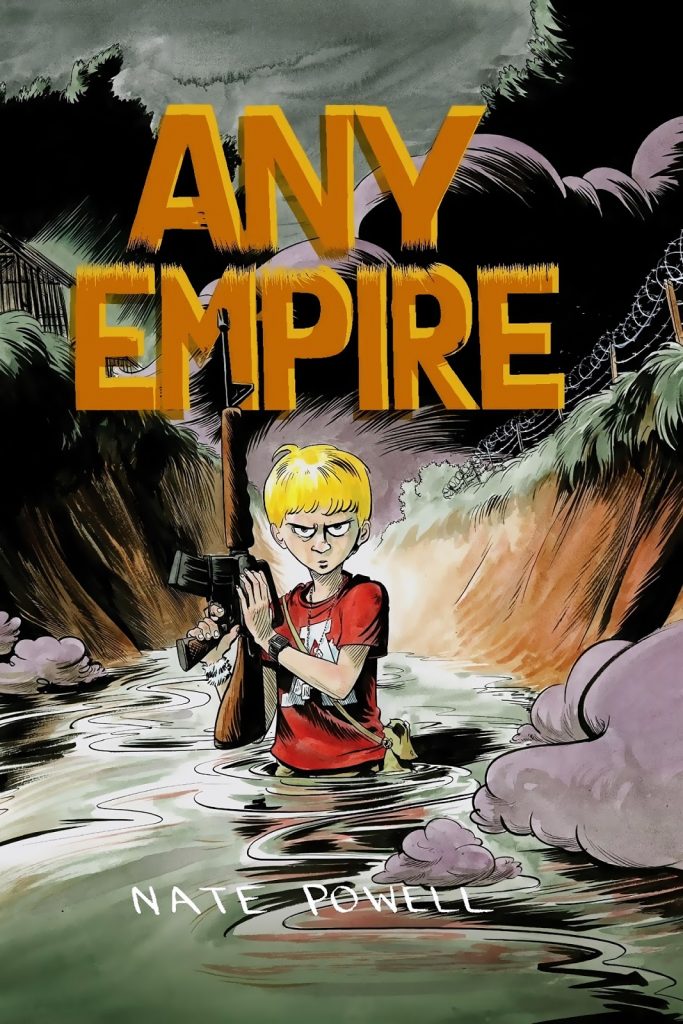 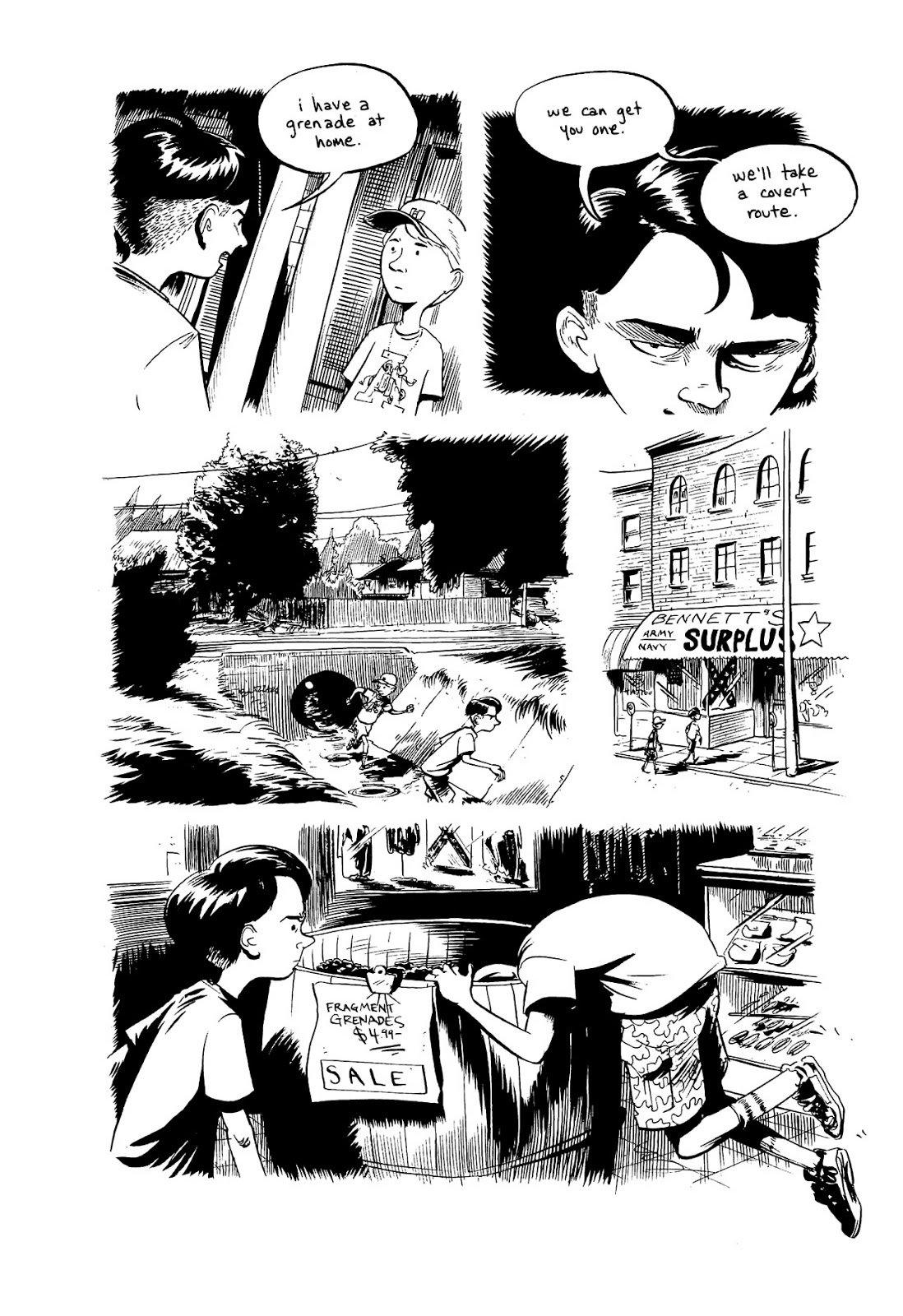 Nate Powell sets a scene beautifully. Rural America comes alive via his pen and ink in a way no other cointemporary comic artist conveys. It’s not just the wide open spaces and wind blown cornfields he evokes, but static caravans and overhead helicopters, the intrusions drawn as beautifully as nature, everything simultaneously loose and detailed, with his people in possession of a full range of emotions. Powell invests considerable time and effort into establishing an environment, and there are similarities to the way Will Eisner could evoke conditions, but Powell’s methods aren’t as exaggerated. As both writer and artist, however, he has the confidence to tell large chunks of his story without words, his skills insuring the necessary moments are automatically absorbed.

It takes a while to fully realise how their worlds interact, but Any Empire’s primary characters are two ten years olds, Lee and Sarah. Single child Lee is isolated and lonely, but treasures his military memorabilia, while Sarah is concerned about the mutilated turtles she finds, holes deliberately bashed into their shells. She’s determined to confront the culprits. It takes even longer for Powell to introduce his main theme, which concerns the effect of combat, not only on those who’ve served in the armed forces, but on their children. How does immersion in violence then engender further violence? It’s brought into focus to conclude the opening section at just past the halfway point, when we’ve also been introduced to Purdy, whose role increases.

At almost three hundred pages Powell’s making a rod for his back via a very decompressed method of storytelling. While being gifted so much of his art is hardly cause for complaint, a more economical presentation would both save work and lower the cover price, but not harm Any Empire other than it not complying with the creator’s vision. There’s a suspicion that might have occurred anyway, with the conceptual ambition lacking a tidy conclusion.

Most of Any Empire presents a cohesive narrative, some flashbacks sifted among a story that inches forward, but for his final sequence Powell plays with time, meshing past and present and having his cast from each era meet. Much of this mystical realism is open to individual interpretation, the starting question being whether or not it’s a suitable ending, or substituting for a story Powell wasn’t entirely sure how to complete. It’s definitely not going to please everyone. It also leaves many questions unanswered, thrown out for contemplation, but Powell having to speculate along with readers. While reflecting the real world uncertainty, it makes for a frustrating conclusion. There’s enough skill, insight and artistic elegance to compensate, with any page drawn by Powell worth looking at.