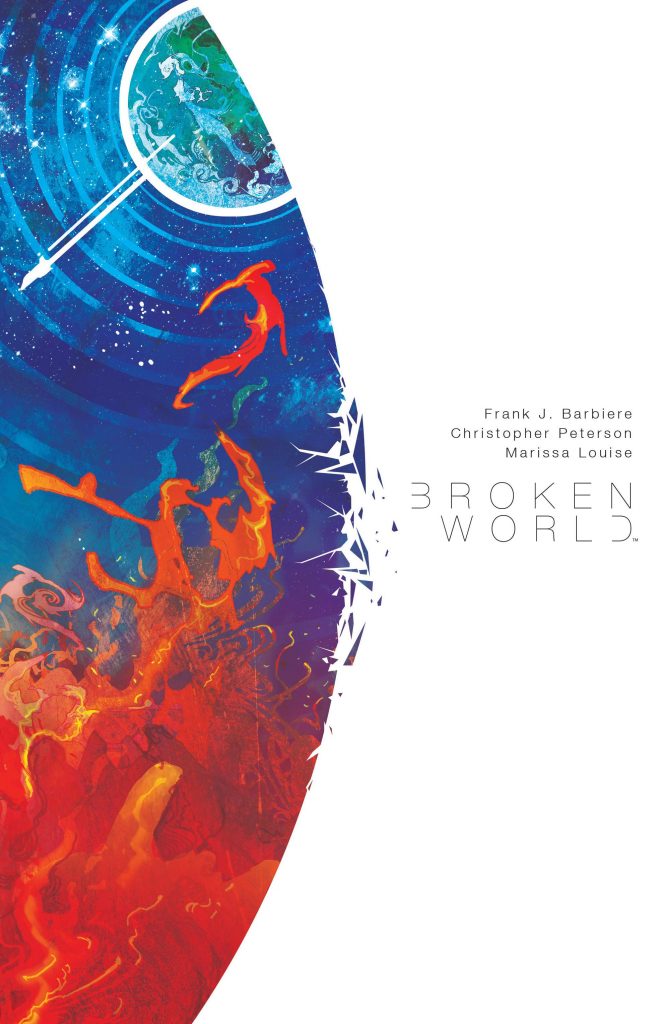 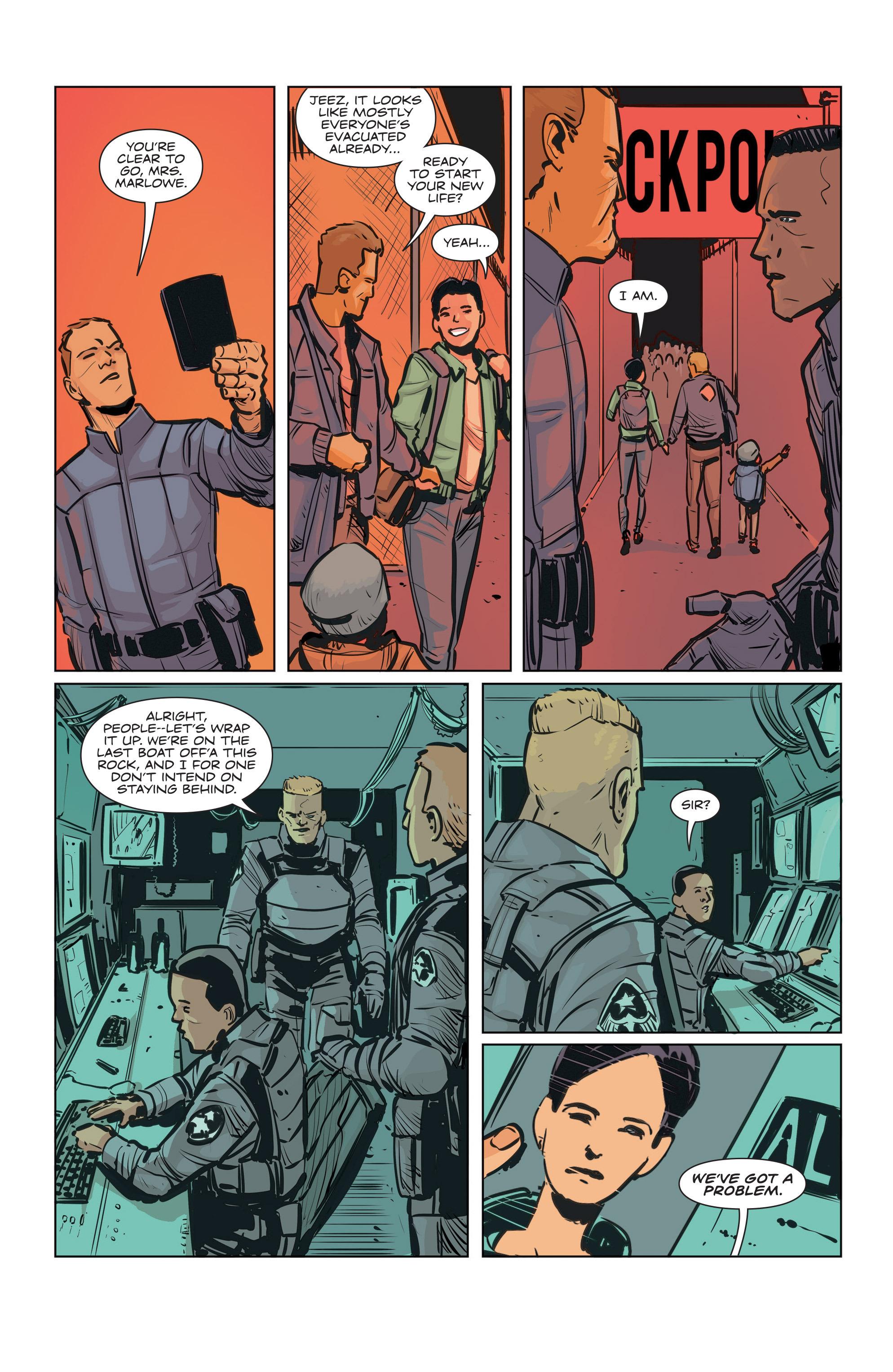 Frank J. Barbiere introduces a suitably apocalyptic scenario to begin Broken World in the very near future. A massive asteroid is due to strike Earth, and there aren’t the resources to evacuate everyone, so the authorities have selected who’s eligible based on their past behaviour. Not entirely lacking compassion, however, they’ve issued suicide kits for those who remain behind. Barbiere’s focus is university Professor Elena Marlowe, happily married with a young child, but aware there’s an event in her past that will prevent her evacuation, a matter she’s kept from her husband.

Christopher Peterson has a tidy line in telling a story. He’s compact, varies the viewpoints and in combination with colourist Marissa Louise constructs a deliberately downbeat and understated mood. He’s not as accomplished when it comes to designing distinguishable characters. Someone seen in the early stages re-appears late on, and were it not for the accompanying dialogue it wouldn’t be obvious.

As the bulk of the story concerns Earth having avoided destruction, we have to reveal that Elena Marlowe doesn’t make it off planet, and becomes the reader’s eyes as we’re taken on a tour of an extremely divided society. Geographically, Barbiere keeps the focus tightly on the USA’s Pacific Northwest, as a microcosm of assorted groups who’ve sprung up in the wake of impending doom. The most sinister are the Children of the Revelation, their actions guided by biblical prophecy, although very different before and after the disaster. There’s also a hard headed military group with more specific plans.

There’s been no shortage of post-apocalyptic film and TV, and Barbieri’s created a credible extrapolation of problems society would face in the circumstances, and kept it reality based. There are no zombies or vampires, just humans trying to get by. Broken World very much reads as a project designed for the long term that had to be wrapped up rapidly when sales failed to meet expectation, as there’s a leisurely exploration of circumstances in the opening chapter and a rushed conclusion. That’s a shame, because the wrap-up completes a story, but not very satisfactorily, leaves one major question unanswered and a fair amount of back story unexplored. Elena Marlowe is a credible character given some depth, although there’s room for improvement in some of the supporting cast, whose rapid transformations in the conclusion aren’t subtle. That might be due to their being intended for the long term, but the series didn’t survive. Better poor personality definition and a form of conclusion than a story lacking an ending. There was promise to Broken World, but it was cut off at the knees.