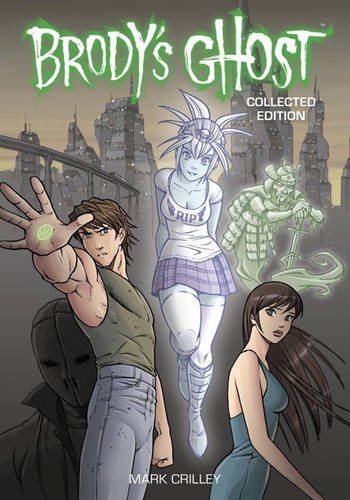 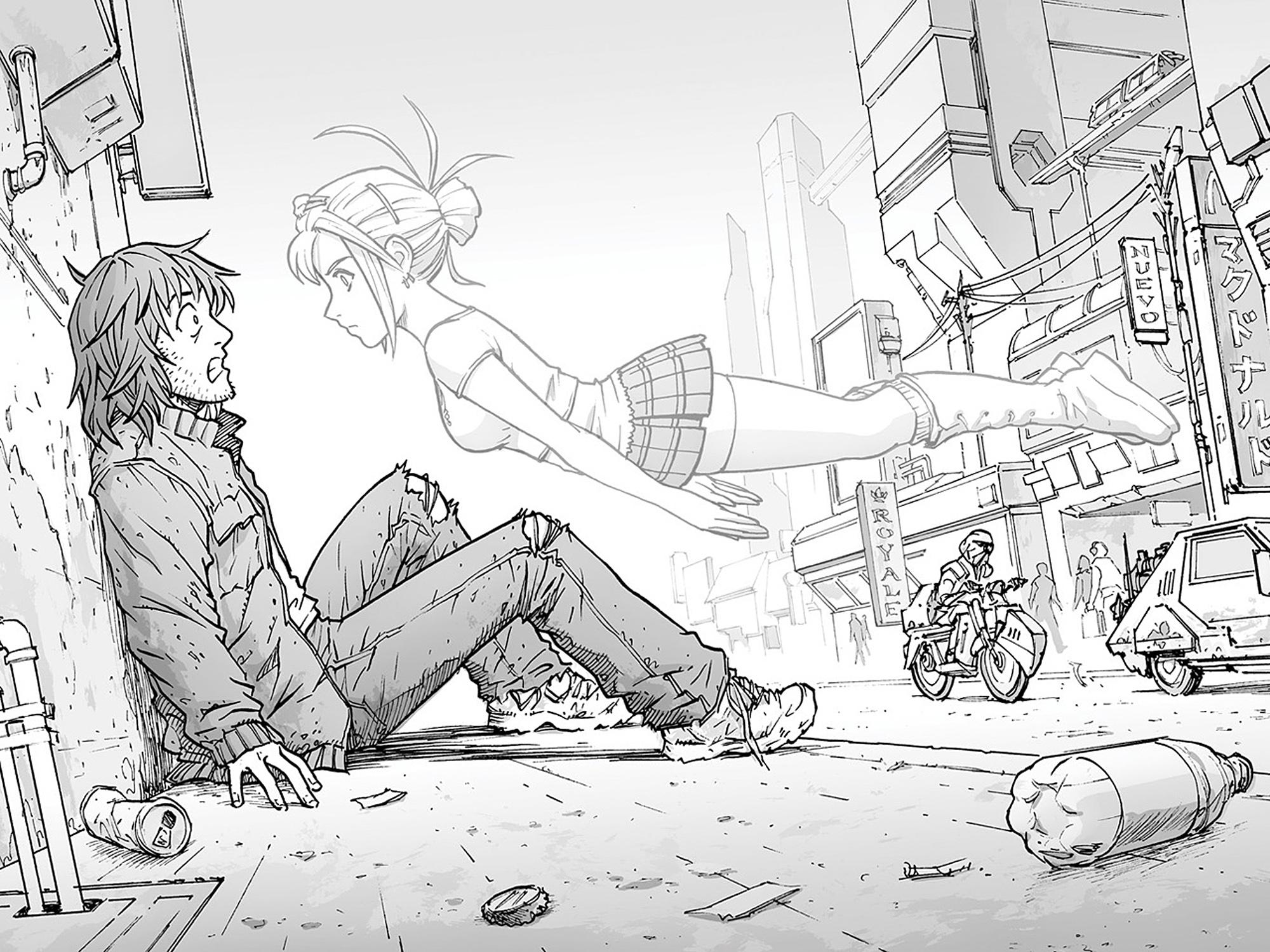 Pity anyone who waited over the six years of annual publication to read Brody’s Ghost in instalments. Every single volume ended with a great revelation to drag the reader into the next, and Mark Crilley twisted his plot around far in advance of readers’ ability to predict it. This is a story of transformation and ascendancy, coming of age if you will, but disguised as the search for a serial killer, and as such a fine exercise in pulling the wool over our eyes.

When we first meet him Brody is six months down the line from being dumped by the girlfriend he still wants back. Brody’s let himself go. He doesn’t know it over the opening pages, but personal redemption is heading his way due to the extremely rare talent of his being able to see ghosts. It’s a low level manifestation of other psychic abilities, which are gradually teased out via training and discipline. This is after a meeting with Talia, who died in tragic circumstances five years previously and is stalled at the age she died, sixteen. She tells Brody that in order to ascend to heaven she must complete, in effect, a good deed for the benefit of mankind, and her task is to track down a serial killer who only murders women. She’s not been successful to date, and while her capabilities are enhanced by being able to float through the sky and pass through walls, being intangible has its drawbacks.

From there Crilley takes us on a wild and unpredictable journey, and plays fair by answering all questions and dealing with possible plot lapses before the conclusion. It’s very much a character driven story, so don’t get hooked on the murder plot. It’s always there in the background, and is resolved, but it’s somewhat of a red herring in which Brody’s growth is wrapped.

Crilley produces the book in manga style, but while there are sections where he relies very much on figures alone laid over spartan backgrounds he also renders the city in loving detail. The story is set slightly in the future, giving Crilley the chance to be architecturally creative, and as Brody’s Ghost continues it plays a greater and greater role in events, becoming a character in its own right. This after some initial puzzling as to why the story occurs in the future. The character designs are distinctive when required, and adaptable, and all too often something memorable serves only a limited purpose. An example would be the eccentrically matched ghosts seen primarily in the second chapter, who provide a great visual.

If you’d like more plot details before purchase, reviews of the original six serialised graphic novels begin here, but this collected volume is greater than the sum of the parts. It pulls back the creative curtain slightly as it’s more obvious how well Crilley has foreshadowed certain elements, and also how he’s managed to wrong-foot the audience. Brody’s Ghost is a well crafted, character-driven adventure that’s worth your time.