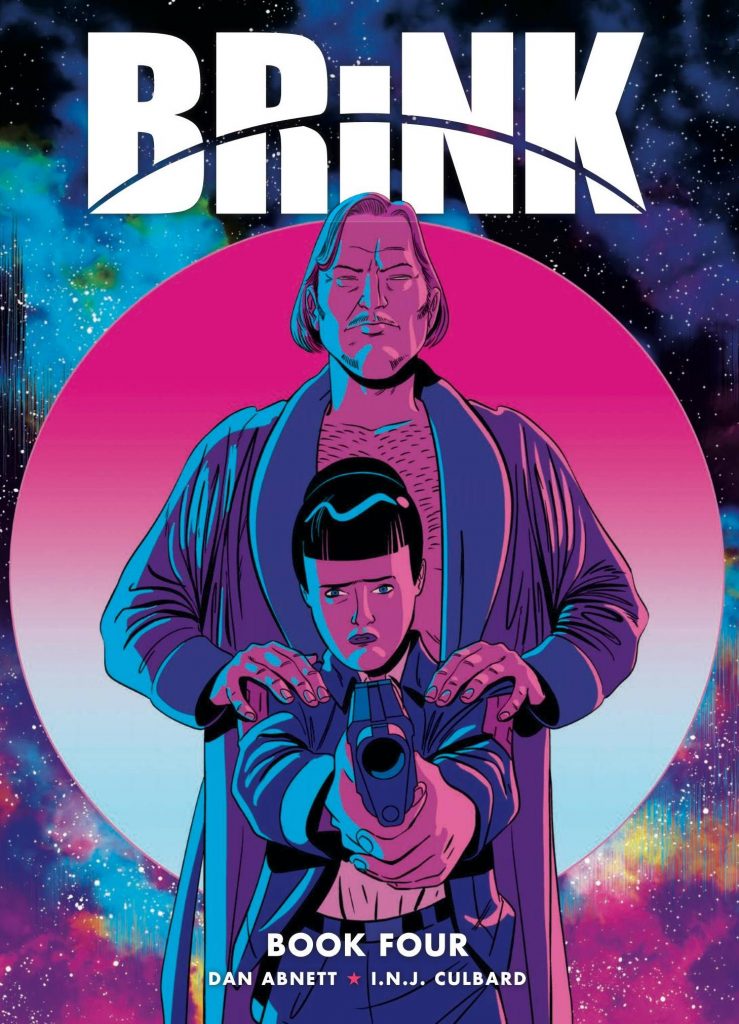 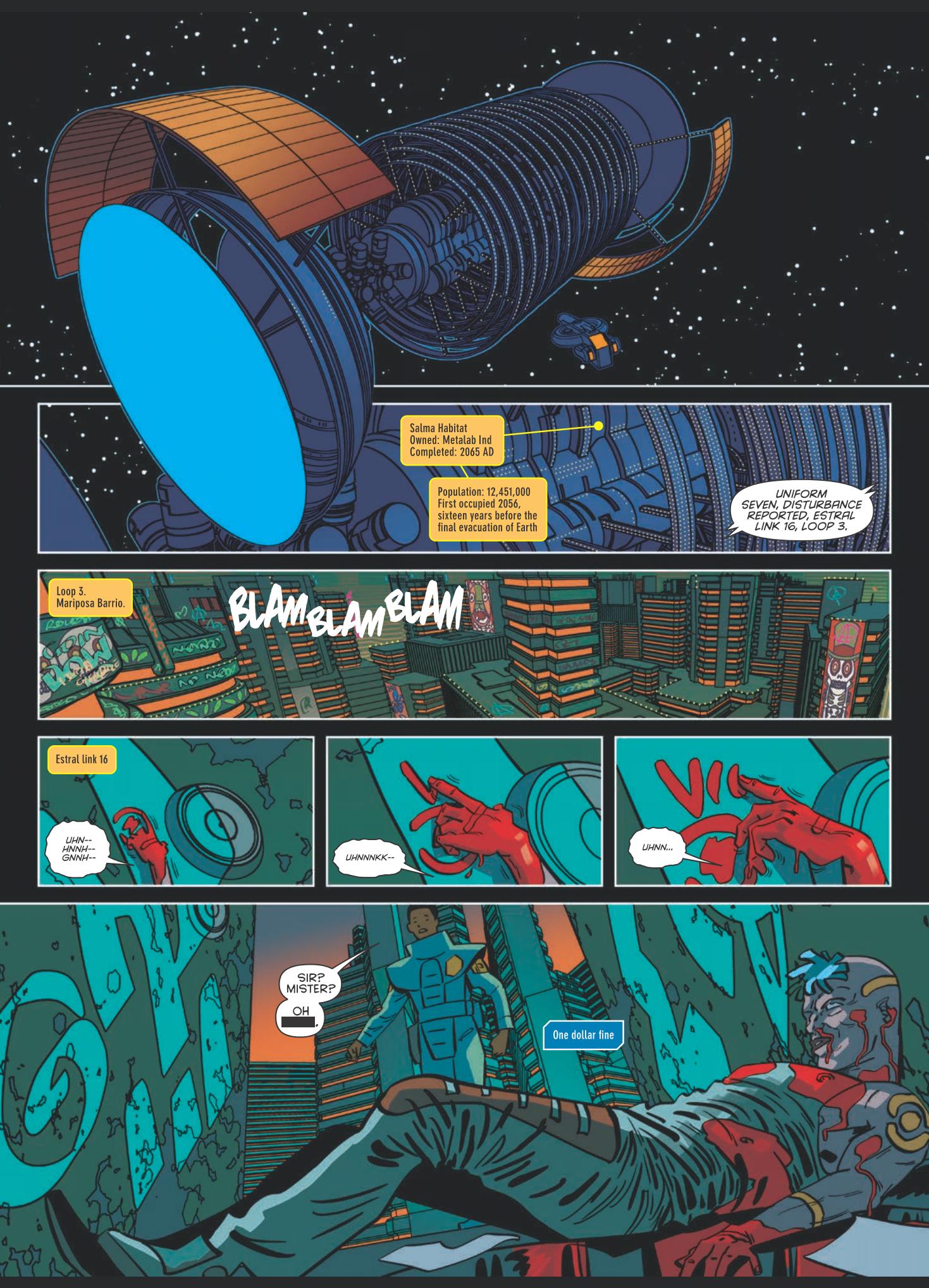 This fourth outing of Brink at first seems to have no connection with the previous books other than being set in the same universe, as we follow rookie police officer Tunde Weyoma at a crime scene. She reports suspicions to her superiors, but is met with contradiction and a brick wall. Dan Abnett’s played the disguise game and fooled us before, so this time it won’t happen, right?

Brink Book Three brought big changes to the known universe, although only a few people are aware of this. Instead of being acclaimed a hero Bridget Kurtis has been transferred back to the space station where she grew up. Twelve million people are crammed closely together and she’s now head of the major crimes unit. A leisurely lead-in is par for the course, so Abnett takes us through the police department and reinforces Bridget’s dark, straight-faced sense of humour, while feeding in the undercurrent that all is not well. That’s only increased as she settles in.

It’s merely repetition to state how well drawn Brink is. I.N.J. Culbard has an inherently amazing sense of design, which includes his colour choices, and although his art appears simple, it’s completely deceptive. Take a look at the detail on the space station seen on the sample art, and indeed several times through the story. A small adjustment to an eyebrow or a mouth speaks volumes in terms of character, and as before, every single person is distinct, and Brink is a refreshingly glamour-free zone.

Things have changed since Bridget was last home. The barrio area has increased its boundaries considerably, and there are areas the police won’t go, which supplies the background to a different type of story for Brink. Remove the SF trappings and Book Four is for the most part a procedural police drama with a department viewed from the outside by the newbie unsure who she can trust, and whether the instructed priorities are corrupt. Abnett distracts along the way with nice sidelines such as the persistent automated swear box, which actually has a brilliant pay-off, and once the setting’s been established Abnett drops surprise after surprise. Yes, it’s scaling back a little from previous volumes, but there are ties, a bittersweet conclusion, and although the eventual villain of the piece is predictable, Book Four is the best Brink to date.